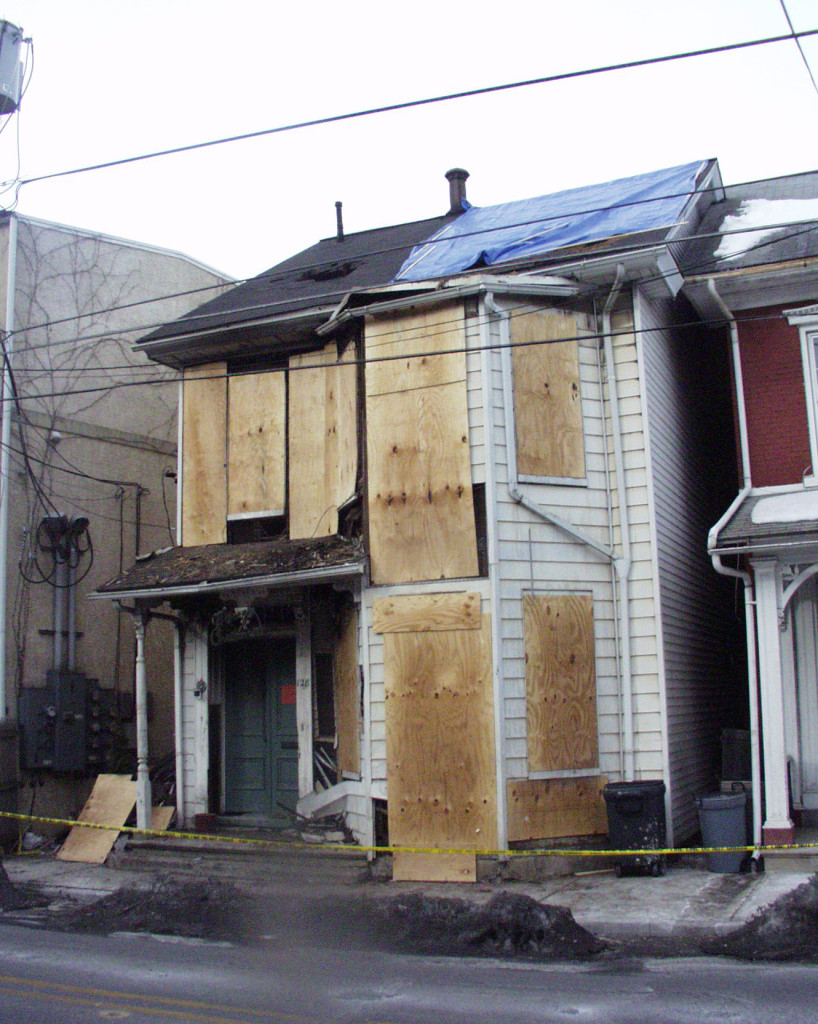 Fire victim John Briele reportedly told Colonial Regional Police Chief Roy Seiple that fumes from a solvent he was using to clean his motorcycle engine exploded and caused the fire that broke out last Monday morning in the basement of his home at 128 S. Chestnut St. in Bath.

Although it is believed to be accidental, the State Police Fire Marshal is assisting the CRPD in the investigation of the cause, although conceding that it is very possible that Briele is correct. Until the investigation is complete, at this point, the cause is still undetermined.

Briele told Chief Seiple that he flipped a switch on a fan just before the fire broke out. Cpl. William Brett, the fire marshal from Dublin, Pa. who heads the investigation out of Troop M, said,”It’s very possible the fire began that way. It may have been him just turning on the switch.” The basement is a confined space where fumes could build up. Police will continue to talk to Briele when he recovers from his burns. Brett said he was amazed that the Bath man didn’t die from the destruction he saw.

The 43-year-old father of six was admitted to Lehigh Valley Hospital-Cedar Crest in Salisbury Township for treatment of burns he suffered in the explosion.

It took firefighters from several fire companies more than three hours to completely extinguish the blaze in the three-story, single-family home that is adjacent to the Red Wolf Bar & Grille at Main and S. Chestnut Sts. Chief Seiple said they did a great job in containing the fire to just the home and no others, despite the threat of an explosion from a natural gas pipeline into the home.

The Lehigh Valley Chapter of the American Red Cross provided temporary lodging for the Brieles at a hotel for three days. It was reported at last Wednesday’s Borough Council meeting that the family has no insurance. An unidentified woman purchased a $100 gift card at My Place Restaurant for the Briele family.