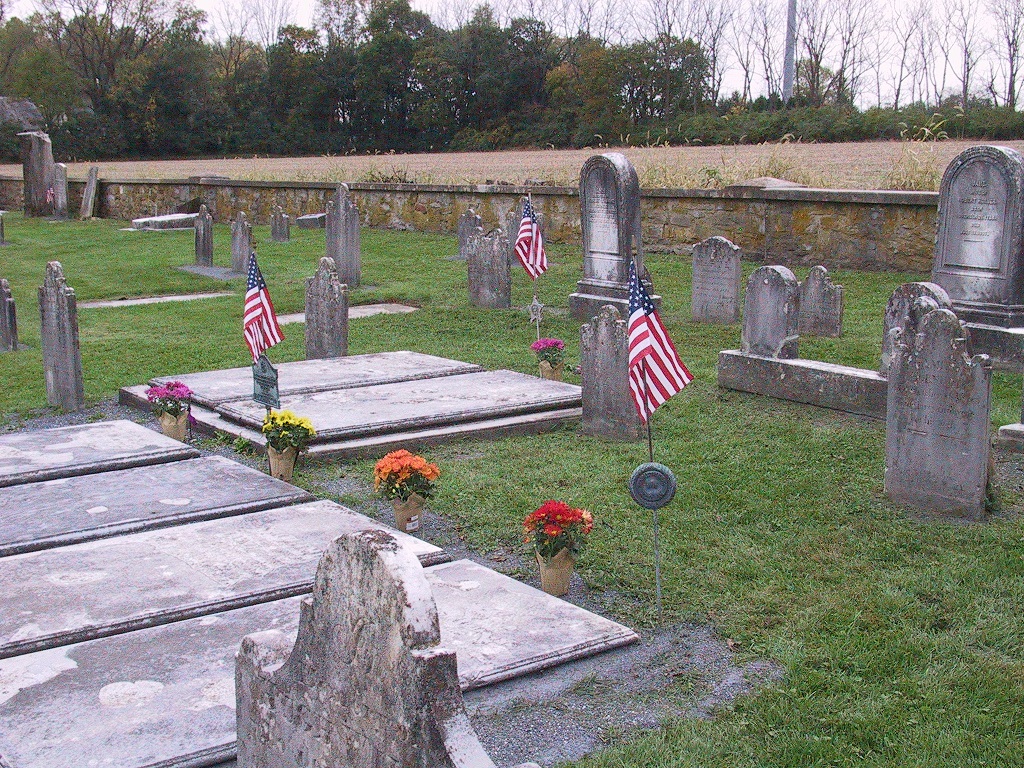 (First of a Series)

Today I am visiting the oldest cemetery in Northampton County, the Horner Cemetery, which is a historic treasure dating back to 1745. It is situated on Route 329, the Northampton-Bath highway, north of God’s Missionary Church in East Allen Township.

Horner’s Cemetery Historical Society, headed by Ms. Peggy Spengler-Moser, is heading a drive to restore and maintain the burial site. Ms. Moser was a fine student at Northampton, Moravian, Lehigh, and is a Cedar Crest College graduate with a keen interest in our local history.

She invited this writer and fellow historian Larry Oberly to visit and tour the grounds. When I taught United States History, the cemetery was a major stop on a historical tour we did for many years. The school district’s 4th grade local history students used to visit, as well.

When we arrived at the cemetery we entered the resting place of our county’s first settlers and soldiers who helped build the foundation of our nation. There was a feeling of dignity and serenity as we viewed the tombstones, a reminder of our cherished past.

This column and future columns will tell the stories of these early settlers who rest eternal in Horner’s Cemetery. These early settlers were of Scotch-Irish descent, immigrants to the American colonies in 1728 due to the Irish famines and economical collapse in that country.

Most of these first settlers were tenant farmers with no social rank, wealth or political power, who paid increasing taxes by the land owners. Land speculators toured in Ireland and Great Britain described America as a land of fertile soil and unlimited opportunities.

This new land was a place for immigrants could succeed if they were willing to face and conquer the privations of this wooded frontier inhabited by Native Americans. Their first contact with Native Americans was with the local Lenapi (original man) who lived here.

Upon the death of William Penn, his sons sold large tracts of land. William Allen purchased 10,000 acres from the Penns. This included East Allen Township, Bath, Northampton, Catasauqua, along with Hanover Township in Lehigh and Northampton Counties.

The Craigs, Wilsons and Horners established the first permanent settlement in Northampton County in 1728. The Craig Irish settlement was made in the banks of the Hokendauqua and Catasauqua creeks. They built their church at the center of the settlement.

The settlement (1728) preceded Easton, Nazareth, and Bethlehem. The settlers arrived with few personal belongings, but the energy and determination to turn a wilderness into a bountiful land, to fulfill their visions and dreams in a continent far from home.

PLEASE NOTE: To share your time and talents, please contact the Horner Cemetery Historical Society. They are looking for help with event planning, decorating, setting up and tearing down some tables, publicity, advertising, press releases, planting flowers, supply coordinator, membership, fundraising, additions to and maintenance of a website, stone tagging and more.

Are you unemployed or retired? a veteran? a contractor? an Eagle Scout? a school teacher?  an office worker? a landscape worker? a backhoe owner and operator? Can you help once a year, once a month, or once a week? Please call us at 610-837-1757 and ask for Peggy.  Financial donations should be payable to: Horner’s Cemetery Historical Society, 5800 Nor-Bath Blvd. Bath PA 18014.