Superintendent Joseph Kovalchik opened his remarks noting that when he awoke that day, he didn’t have to say there would be a two-hour delay, something the schools experienced all too often this past winter. He went on to trace the differences at Northampton High School between the time he graduated some 30 years ago and how it is now. Information technology so vast today never existed then, testing requirements of the Pa. Dept. of Education were not nearly as strict, and security was not as necessary then as now.

“But the core essence is the same,” he said. “Young adults are looking for success in their lives.” Kovalchik went on to define success, and what it means to the graduates. “While it is different for everyone, the internal traits are still there,” he said. “Remain positive, have a strong work ethic, dedication and pride in what you do, and make sacrifices.”

He told the graduates that they’ve had an academic and social experience in Northampton. “Build on that foundation,” he advised them.

Kovalchik then recognized members of the Class of 1964, naming all those in attendance on their 50th anniversary of graduation. 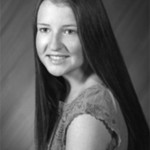 Next to speak were the top students in the class. First it was salutatorian Sarah Fribance. She told her fellow graduates, “Have faith in your ability, have a correct attitude, have your whole heart set on your goals. You are not what you are, but what you think you are.”

Valedictorian Allison Horn advised, “Do your best in everything you do. Never forget where you came from.” She said that when she was knocked down, she accomplished what she wanted by dedication, time and effort.

The class officers also had remarks. Kristin Burger, treasurer, advised to make time for yourself while looking for success. Secretary Madison Gogel told of her middle school experiences and having to make choices. Vice President Erica Filipovits noted all the hard work they as students did in all stages of their education. She said, “We came together for one common purpose and supported one another.” 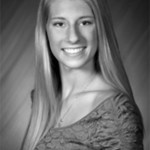 Class president Sarah Fribance asked the audience to remember with sadness the death of one of their classmates in middle school, Dakota Galusha (a memorial fund of Forever 47 Scholarships has begun, with more than $35,000 in scholarships awarded to 14 graduates). “We are all better for having known him,” she said.

After the senior chorus sang a farewell song, “Defying Gravity,” Senior High Principal Stephen Seier presented the Class of 2014 to Kovalchik and diplomas were presented to the valedictorian, salutatorian, class officers, and then the entire class by School Board President David Gogel. The audience of several hundred parents and siblings then concluded the program by singing the “Alma Mater.”