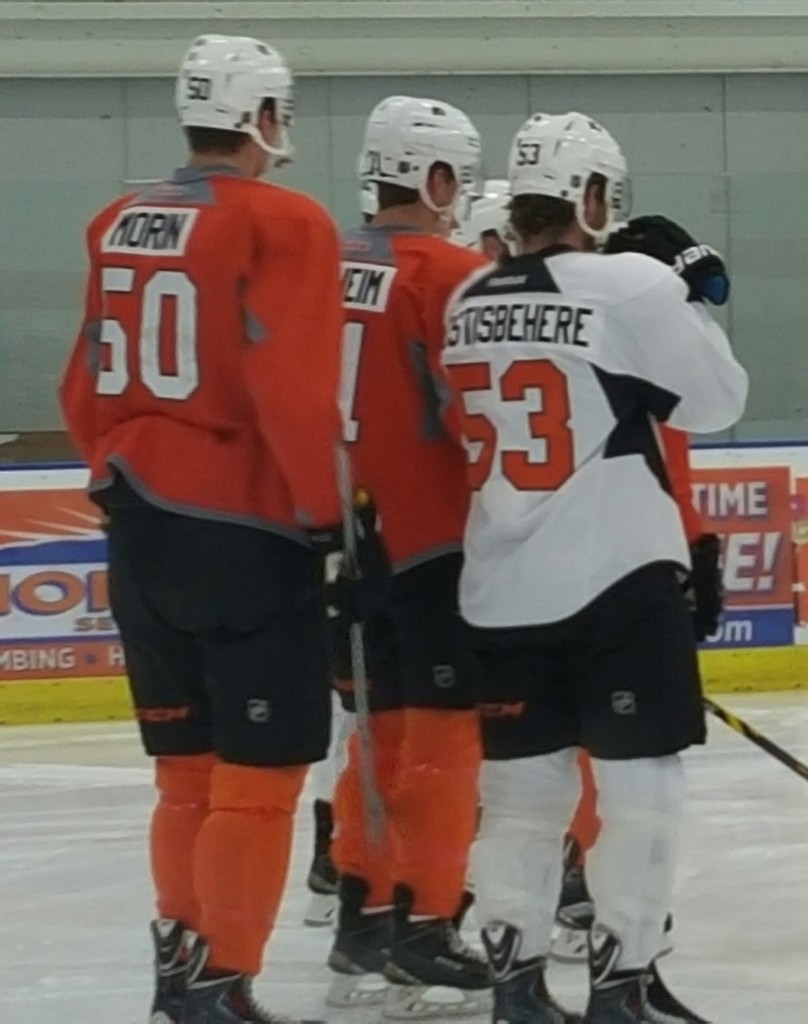 The Philadelphia Flyers have stockpiled highly-touted defense prospects in recent years and none stand taller than Samuel Morin at 6-7, 228 pounds. The 20-year-old defenseman has evolved quite a bit over the past few seasons, developing into a stalwart defensive defenseman in the Quebec Major Junior Hockey League (QMJHL).

“I know people see me like just a defensive defenseman, but I know I can bring some offense sometimes,” Morin explained.

The next step is turning pro and landing a spot with the Flyers on the NHL roster– a challenge that Morin looks to meet head later this month when training camp opens in mid-September. He entered his third Flyers development camp earlier this summer in peak physical condition, adding muscle mass to his lanky frame while also noting he lowered his body fat to an impressive 8.8%.

“Since I’ve been drafted by the Flyers I think I have improved a lot,” said the 11th overall pick in the 2013 NHL Draft, mentioning improvement in his physical game on defense and his offensive instincts. “I have a big shot. For my size, I’m skating pretty well. I bring some offense, but my priority in my game is my defense.”

Morin is as excited as any about turning the page to the start of his pro hockey career. He also knows that with so many talented young defensemen alongside him, the hard work doesn’t stop here.

“They are really good guys. I like them. We push each other,” Morin said of fellow defense prospects in the system he’s been skating with this summer. “The competition is really good on defense right now. We have a lot of good defense prospects. You need to work hard because those guys can be better than you fast if you aren’t working hard.”

While joining the Lehigh Valley Phantoms in the American Hockey League (AHL) seems to be the most likely destination for Morin to begin his pro hockey tenure, it will nonetheless give him a feel for what the pro ranks have to offer. The towering defenseman is looking forward to competing against men after having, for the most part, skated against teenagers the past three seasons in the QMJHL.

“With junior hockey, the guys were small and it was sometimes annoying with the ref,” Morin said about asserting himself physically. “The guys are bigger now and stronger, so I know I can play my game like in preseason (last year) with the Flyers. That was nice. I can push hard and be myself.”