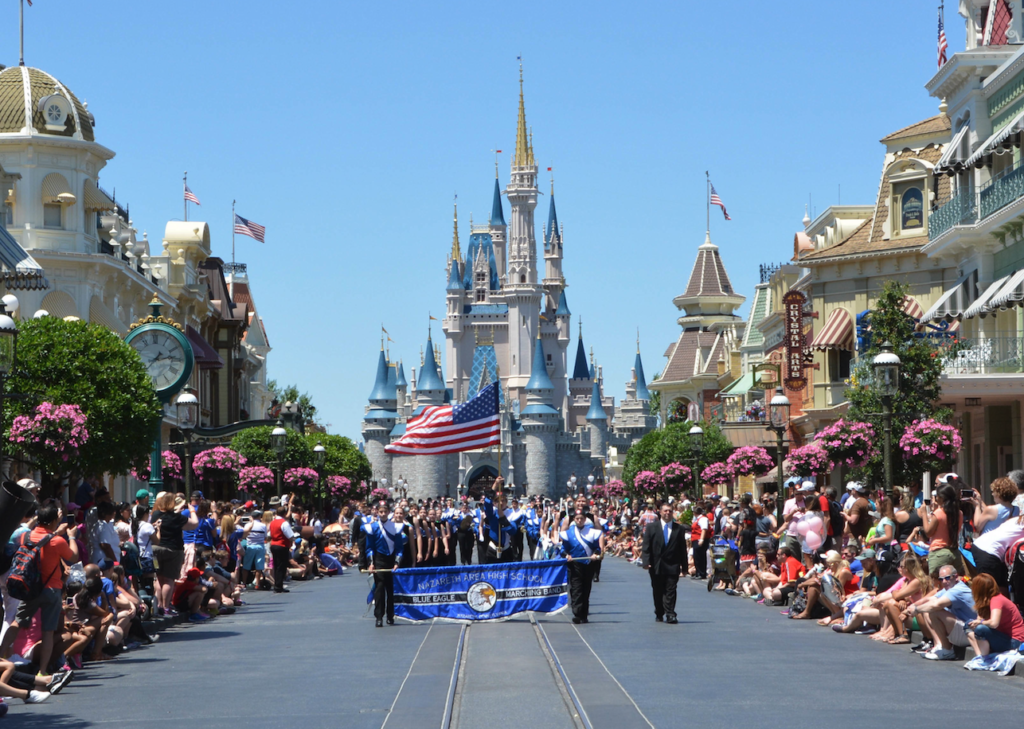 The students took part in a special parade that honored competitors from the Invictus Games Orlando 2016, the only international adaptive sporting event for injured active duty and veteran service members, which takes place May 8-12 at ESPN Wide World of Sports Complex.

“I’m pretty excited, and the kids wanted to go to Disney,” Boandl said. “I hope they get the experience of being an official Disney performer for the day.”

The group of 85 students traveled more than a thousand miles from Pennsylvania to Florida to participate in the popular program. This was the school’s fifth visit to the Walt Disney World Resort with Disney Performing Arts.

Vocal, instrumental and dance ensembles from all around the world apply to perform each year as part of Disney Performing Arts at both the Disneyland Resort and Walt Disney World Resort. Once selected, they are given the opportunity to per- form amongst an international audience of Disney theme park guests.

Millions of performers have graced the stages of the Disney Parks in the more than 25-year history of the program.

About the Disney Performing Arts Program

Disney Performing Arts unlocks student potential and helps young people make their dreams come true — whether it’s performing amongst an international audience of thousands or honing their craft in enriching workshops and clinics taught by entertainment professionals at Disney Parks. Every year, thousands of vocal, instrumental, and other ensembles travel from around the world to participate in Disney Performing Arts pro- grams at Disneyland Resort in Southern California and Walt Disney World Resort in Florida. Disney delivers workshops and performance opportunities that enrich, inspire and often lead to life-changing personal achievement.