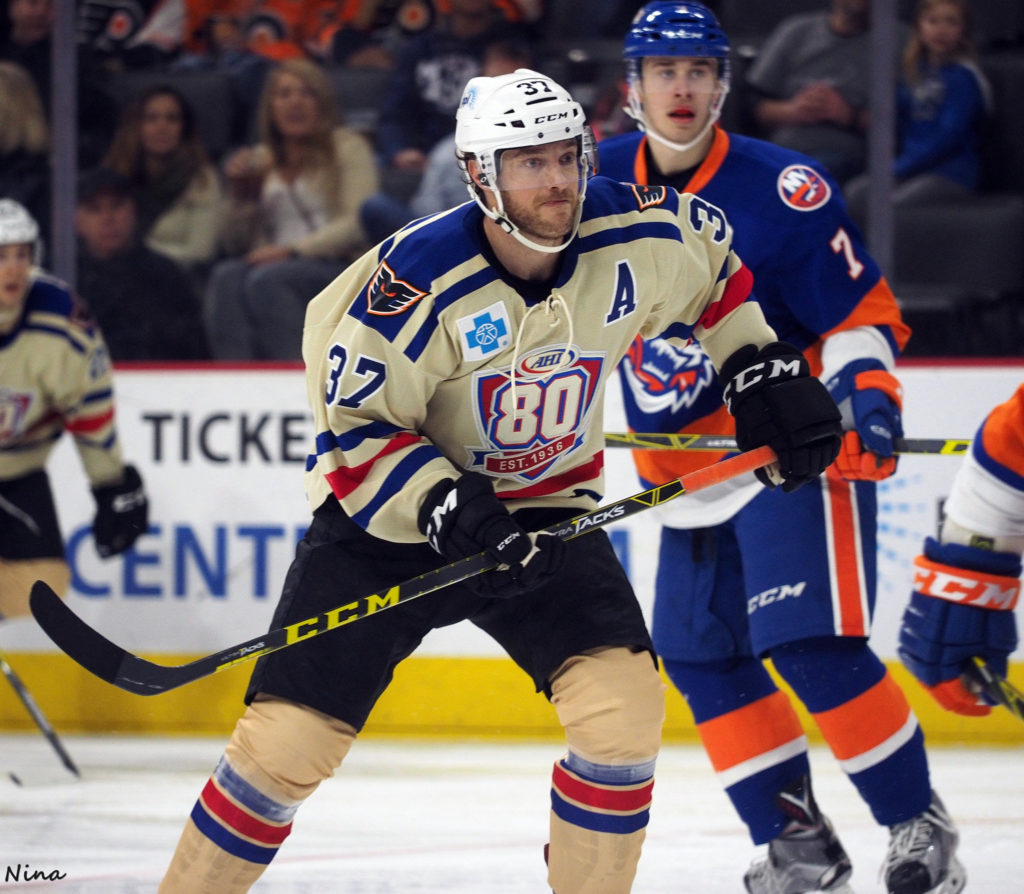 Tim Brent has called it a career, stepping away from pro hockey to pursue an opportunity outside of the sport. Photo: Nina Weiss/The Home News

Having played for teams from coast to coast in the United States, to two years for his hometown team in the Toronto Maple Leafs organization and two years overseas in the Kontinental Hockey League (KHL) playing in places like Russia, Japan, Finland and the Czech Republic – it’s pretty easy to see that hockey has allowed Tim Brent to see the world.

“I think when it’s something like hockey, which is obviously something I have loved for a long time and it’s been a huge part of my life, it’s never an easy decision,” Brent said via phone in a one-on-one interview with The Home News.

After 12 years of professional hockey, the impending unrestricted free agent won’t have to worry about finding a new place to play hockey in the 2016-17 season. The 32-year-old Cambridge, Ontario native has decided to retire from pro hockey and has relocated to Raleigh, North Carolina to start a new chapter in his life, an opportunity outside of hockey that Brent said was just too good to pass up at this time in his career.

“All of us have to kind of go through that process and understand that we can only play for so long,” Brent said about his decision to retire from pro hockey. “It was time. I still love the game of hockey and it’s given me and my family so much. I really owe it a lot, so it’s always really hard to walk away from that. I’m excited to move on in life and going to see how this next phase goes,” he added, unable to talk about exactly what his new venture outside of hockey is because the details have not been finalized yet.

Brent’s 12-year pro career saw him travel the world to play the sport he loved. He amassed 207 NHL games, 354 AHL games and 93 games in the KHL where he won a championship with the Magnitogorsk Metallurg in 2013-14.

“Not just to see parts of the world, but to meet the people that live there. I’ve gotten to play with guys from all over the world,” Brent explained, adding, “One of the greatest parts of our sport is the people that are in it and getting to meet so many great people over the last 12 years, those are the things that you really take away from it when you’re finished and you look back on your career. It’s the relationships with people that you spend every day with that makes it such a special sport.”

Brent ended his pro career this past season playing in the Philadelphia Flyers organization with the Lehigh Valley Phantoms, his first season back in North America after two years in Russia in the KHL.

“It was such a great experience for both my wife and I to be back in our comfort zone in an area where obviously there was a beautiful arena and a great fan base,” Brent said. “And an area where we got to enjoy the things we love so much, which is the outdoors away from hockey. It was a perfect place to play my last season. I really enjoyed it.”

With the Phantoms this past season, Brent tallied 28 points (10 goals, 18 assists) in 52 games, missing 19 games after having surgery on his hand. After trying to play through the upper body ailment for five weeks, Brent opted for a second look and ultimately decided surgery was the best pursuit of action back in late January.

As for what Brent will remember most about his playing days, there are plenty of experiences to look back on.

“Breaking into the NHL, being able to play my first NHL game in Anaheim, being able to score my first NHL goal – all those experiences were a culmination of hard work, desire and passion for the game that started when I was eight years old,” Brent recalled. “There are so many little things I can go back and look at over my 12-year career that I’m just so thankful. I guess it’s hard to probably understand that for people that have never done it, but for a hockey player – this is something that’s so much a part of us.”

“I’ve been playing since I was four years old. All of the work up until you actually play in the NHL is finally realizing there’s nothing really like it. You’ve put in so much time and effort and made so many different sacrifices to get there that it’s just really a special moment and a special time. I truly tried to enjoy every day of it, so I don’t have any regrets there. Just really feel blessed and thankful for being able to do it as long as I did.”