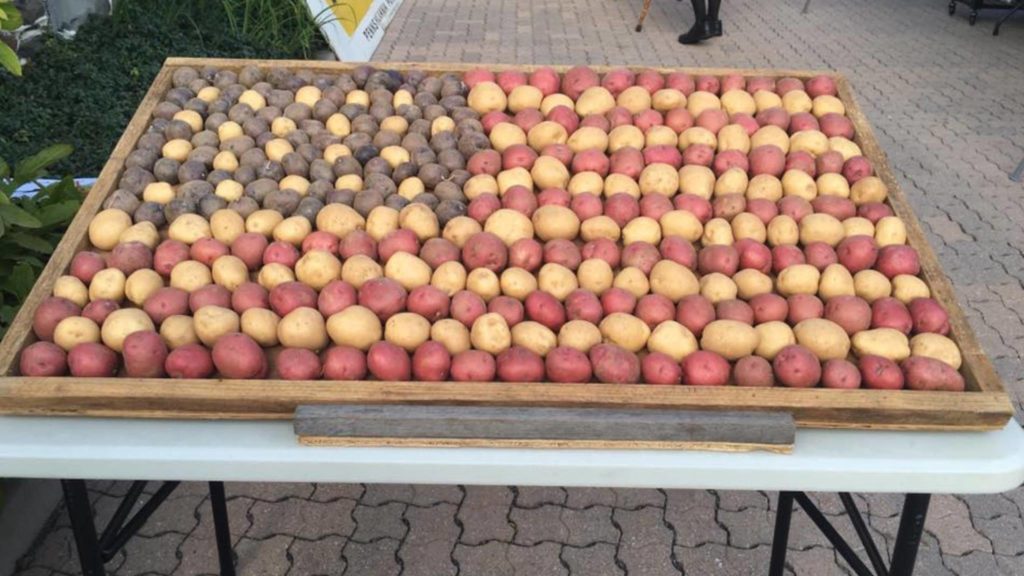 Several hundred people flocked to Bath on Saturday for the first annual Spuds & Suds Festival, staged on W. Northampton St. and S. Chestnut St. and in Monocacy Creek Park. It was co-sponsored by the Greater Bath Area of the Lehigh Valley Chamber of Commerce.

From 12:00 p.m. to after 8:00 p.m., the sounds of band music rocked the area, and the people came to eat all kinds of foods brought in by vendors, along with baked potatoes at Christ Church, where they could add all kinds of flavorful stuffing. Six potato farmers in the Bath area were part of the festivities, and Garry Hunsicker of Twin Maple Farms brought in a huge farm tractor and potato harvester for display purposes.

The beer garden was a beehive of activity as long lines of folks enjoyed beers supplied by Weyerbacher Brewery of Easton. In one tent the people had green ID wristbands applied to prove that they could consume beer, and then they bought cups of beer in green mugs, filling them up in another tent. There was a tent that sold wine as well.

More than 40 volunteers helped out at the stands and in special activities for men, women and children. They were directed by Cynthia Anderson of the Spuds & Suds Committee.