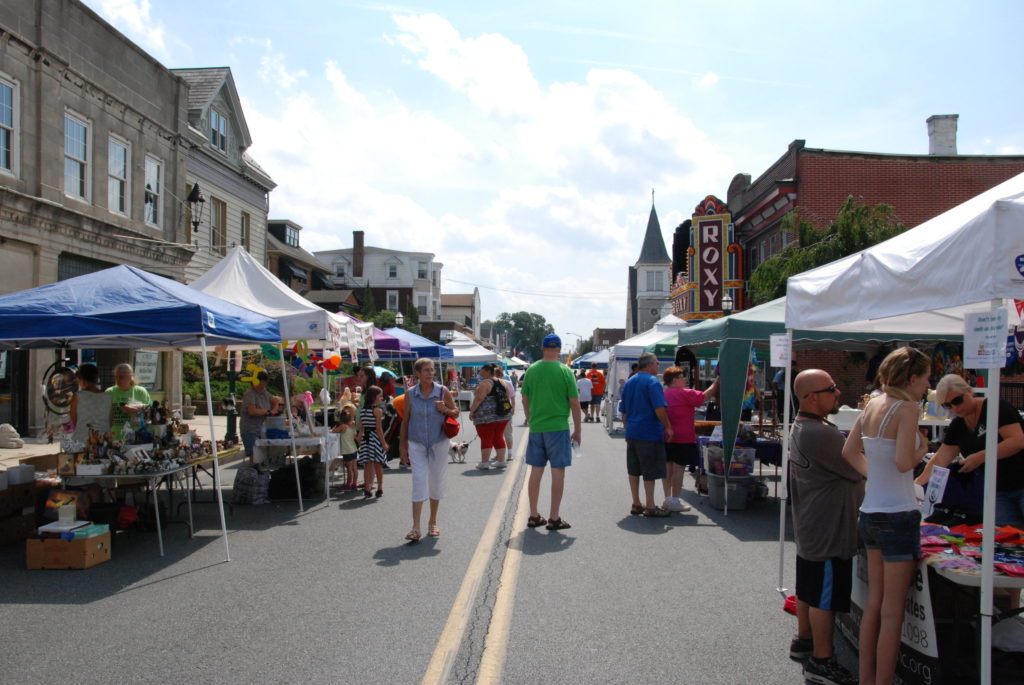 The historic Northampton Street Fair closed off Main Street on Saturday, September 10 for a day filled with food and festivities that brought many from the borough and beyond to the heart of Northampton.

The event was organized by the Northampton Area Chamber of Commerce and saw well over 60 vendors occupy the streets from 10 a.m. through 5 p.m.

There was something for everyone at the street fair, with homemade crafts and gifts available for collectors and shoppers alike, ranging from handmade glassware and custom crafted fishing rods to accessories for pets and accessories for the jewelry-lovers.

A basket raffle was also held with over 300 baskets up for grabs. They featured a variety of products including gift cards, kitchen supplies, sports-related products and other seasonal items.

Some groups used the opportunity to promote their causes and raise money, including area cub scout and girl scout troops, as well as the Lehigh Valley Tea Party.

Foodies had a variety of choices to pick from including slow-smoked barbecue, Rita’s Italian Ice and other food stands.

Children also joined in on the action, as many happily paraded through the street with painted faces and snow cone-stained-lips, showing their excitement despite the blistering heat that accompanied the fair.

The historic Roxy movie theatre opened its doors for self-guided tours, with access to scrapbooks and newspaper clippings retelling the theatre’s storied history since its inception. Owner Richard Wolfe was available for questions regarding the theatre, with many reliving and sharing stories from their youth with him.

A stroll backstage took fair-goers back to the dressing rooms previously occupied by some of entertainment’s biggest stars.

Not far outside the theatre doors was a stage featuring live music throughout the day, adding to the fulfillment of those in attendance.

Tony Pristash, president of the Northampton Area Chamber of Commerce, said the chamber was pleased with the sizeable crowd who came out in spite of the heat and humidity that joined them.

“We beat the heat,” Pristash said with a laugh, “We’re very happy for the crowd.”