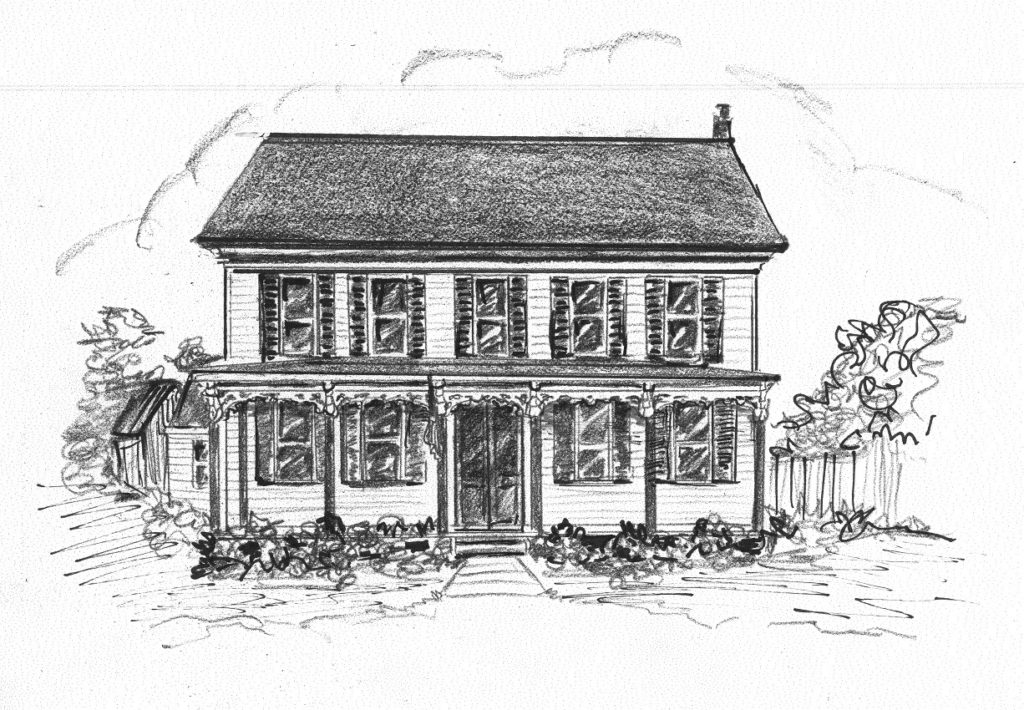 This folk Victorian house was built in 1895. At one time it was owned by a local doctor who lived and practiced in the home. The house also served as a barber shop sometime in the mid 1900s.

Located on a main corner in the village of Klecknersville, it is one of the most prominent homes. Klecknersville was once known for the silver making attempted nearby.

This home still retains its original woodwork, including the double front doors, which also still have the original and functioning mechanical push button doorbell. What is now the living room used to be a parlor and a living room with a hallway running along the staircase. Some features the homeowners love about the house are the secondary staircase and the large hall on the second floor.   The hand turned spindles are in the original finish.

Outbuildings include a barn and the original outhouse, which was expanded to make a tool shed after the house was plumbed for a bathroom, and later fenced in to convert it into a dog house. The homeowners converted it into a chicken coop and run in the spring of 2015.

The first and second floors are open for the tour.

Farmhouse Across From Heyer Mill, 1800s

Nearly 11 months after making an offer on this home, the homeowners finally unlocked the front door on October 1, 2011, proof positive that a “short sale” is rarely short.

The home’s construction date is unknown, but thought to be mid to late 1800s, shortly after the 1835 construction of the mill across the street. Previously a bed and breakfast, the home had fallen into heavy disrepair and sat on the market for nearly five years before the new homeowners’ purchase. After a full month of renovation, the family was able to move into one of the bedrooms upstairs and began to update the rooms one at a time.

Visitors will be able to see most of the first and second floors. Under renovation currently are the back pantry room, the work room, and the previous owner’s master bedroom. Professional landscaping still needs to be done around the house, the pond and the tennis court, and plans for a pole building garage will begin once the interior of the home is finished.

The homeowners have compiled an online record of their renovations and a history of the home with pictures and details about the original Heyer and Sobel families. 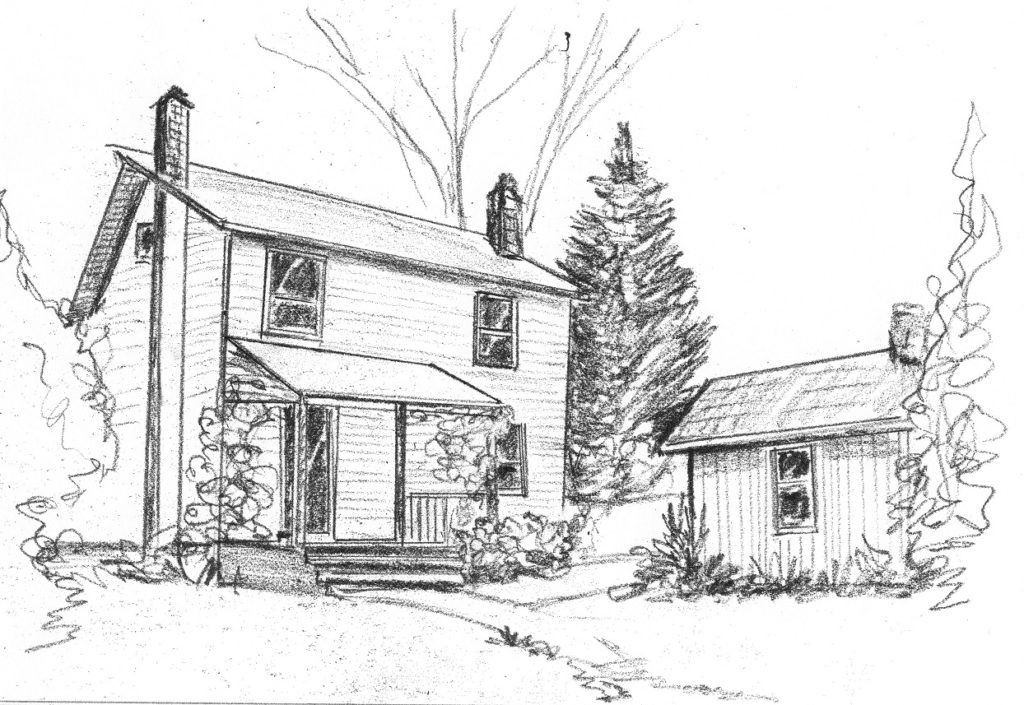 When the homeowners bought their home in October 2006, they were very excited about moving in. They knew the house was old, but just how old was left to be determined. During renovations they uncovered building techniques from the 1700’s; clay and horsehair still hold most of the home together.

The owners started renovations in the summer kitchen (which is now an office), replacing the roof which was completely gone and rebuilding the walk-in fire place that was crumbling. From that point, they have been working on one room at a time, doing most of the work themselves with the help of a good friend who is a mason.   They have removed dry wall to expose the logs and removed carpeting to show the beautiful hardwood floors. Completely moving the kitchen to another part of the house gave the homeowners a larger cooking area. Many of their friends and family thought they were crazy to take on such a job…but they wouldn’t trade this house for a mansion.

From sitting on the front porch to listening to the owls and running water of the Bushkill, to having a campfire in the back yard, they love it all. They have always wanted to live on a little farm and now they have it – even though at many times they share this home with the “old residents from the past.” 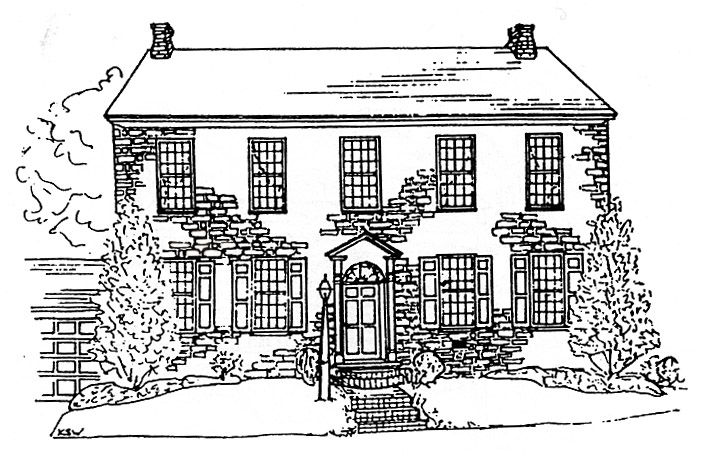 Known as the Daniel Steckel House, this two and a half story cut stone Federal home was built in 1804. Daniel Steckel, the fourth son of Peter Steckel, was born September 1, 1767 in the family homestead in Egypt, now known as the Troxell-Steckel House. Daniel built the home for his wife Rebecca, on 56 acres purchased from his father-in-law Jessie Jones. It was here that they raised six children. In addition to farming, Daniel ran a tannery just west of his home and, rumor has it, a distillery. He marketed his leather products in Philadelphia and New York City, where, perhaps, he got his grand ideas for his home. In March, 1982, the Daniel Steckel House was accepted on the National Register of Historic Places and the Pennsylvania Inventory of Historic Places. The home has 12 rooms, each 16′ x 16′, a center hall with staircase, seven corner Federal fireplaces and a large brick walk-in fireplace.

The house now contains a residence, antique shop and bed and breakfast. Highlights are corner fireplaces, canopy beds, 25 foot kitchen with a working walk-in fireplace, tavern bar and marble bathroom with antique pull-chain water closet. Rooms have been restored to their original colors and decorated to the period. The main hall has been hand-painted in the style of Rufus Porter, an itinerant artist who painted primitive murals from 1825 to 1845. Tour visitors can also view signatures on the walls from the 1800s and excavated artifacts that were probably used by the Steckel family.

The first floor will be open for the tour, as well as the master bedroom and dressing room on the second floor. 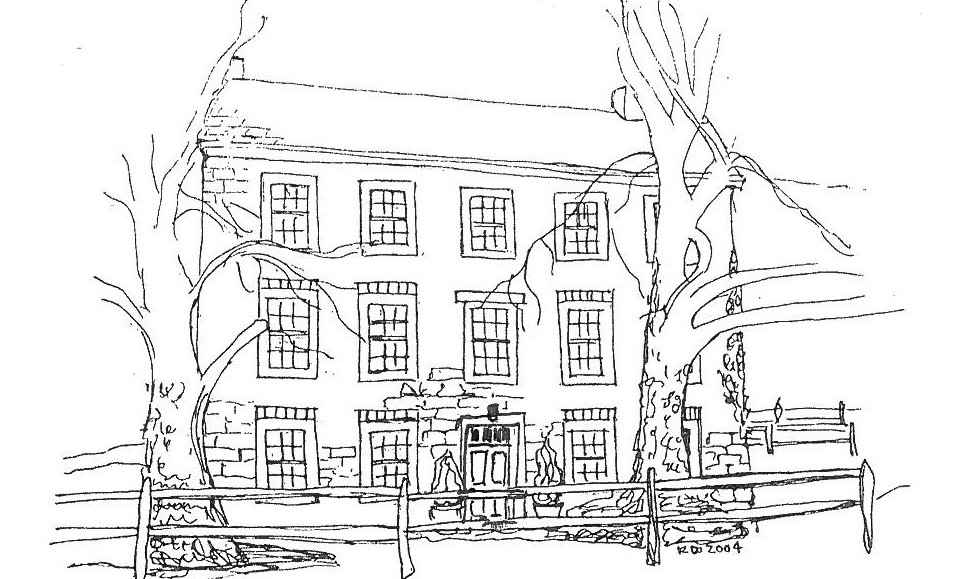 This old stone farmhouse was built by Mattaeus Alleman around the year 1780 as a store and home for his big family. The roof dentil trim, the exterior symmetry and the interior ceiling height are typical of homes built in this time period. Over its 225 years, this great old lady has acquired quite a reputation. According to Jacobsburg, by Charles Sandwick Sr., she was known as the Asylum because temporary haven was given to young couples dismissed from the Nazareth Moravian Church for dating without consent. In 1815, the Asylum became the permanent home to a brother-in-law of the builder when his daughter became pregnant out of wedlock, requiring them to leave Nazareth. Since the baby was born and raised here, the Asylum has also been known as a Home for Wayward Girls.

The home was purchased in 2006 after it was listed on the Internet. The homeowners fell in love with the house, while also appreciating the fact that it had air-conditioning and some land. They have fulfilled a long time dream by creating a winery. Besides planting grape vines, the homeowners have made plumbing repairs, air-conditioning and heat pump installations, furnace work and well/water pump repairs. 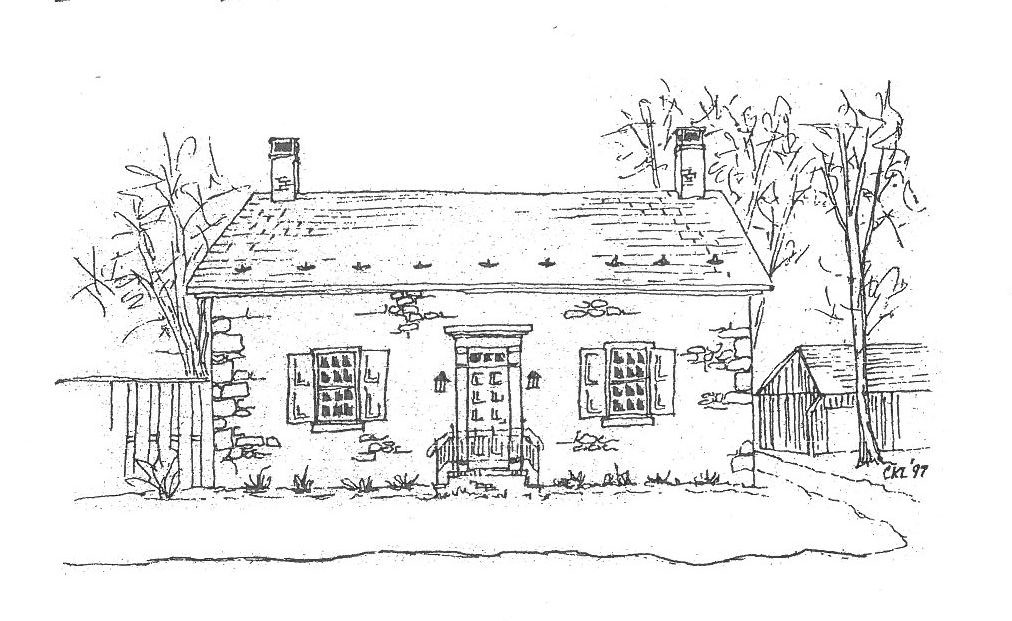 This beautiful stone home was built in the 1800s and its four plus acres sold in 1862 for $1. The earliest deed doesn’t mention the house or dwelling but does mention a tenement. We believe the original owners initially lived in the basement since it contains a walk-in fireplace. One of the original deeds is under glass in the kitchen.

As years passed, the house fell into disrepair. The previous owners accomplished a major restoration between 1988 and 1991. The stucco was removed, the stones re-pointed, the roof re-slated, the kitchen gutted and redone, a walk-in fireplace removed to give access to the great room and the large barn and smoke-house restored. There are pictures in each room of the renovations.

This home has been known for its lovely gardens and at one time was called Wiota Gardens. The previous owners continued gardening and the present homeowner, with his love for gardening, does also.

Take note of the original pine floors and some original door hardware. The huge walk-in fireplace in the small sitting room still works and, if you look into it, you will see the wear of many fires. The property still has its original summer kitchen with its walk-in fireplace/meat smoker.

In 2012 when the present homeowners viewed the home, they were not sure if they wanted to move. They had criteria that had to be met – no cupboards on the wall, large work kitchen, commercial cooking stove, screened in porch and a screen door that slammed. All the criteria were met and they purchased the property. The entire first floor of this house, the summer kitchen and the grounds will be open to view. 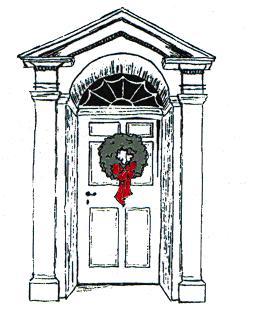