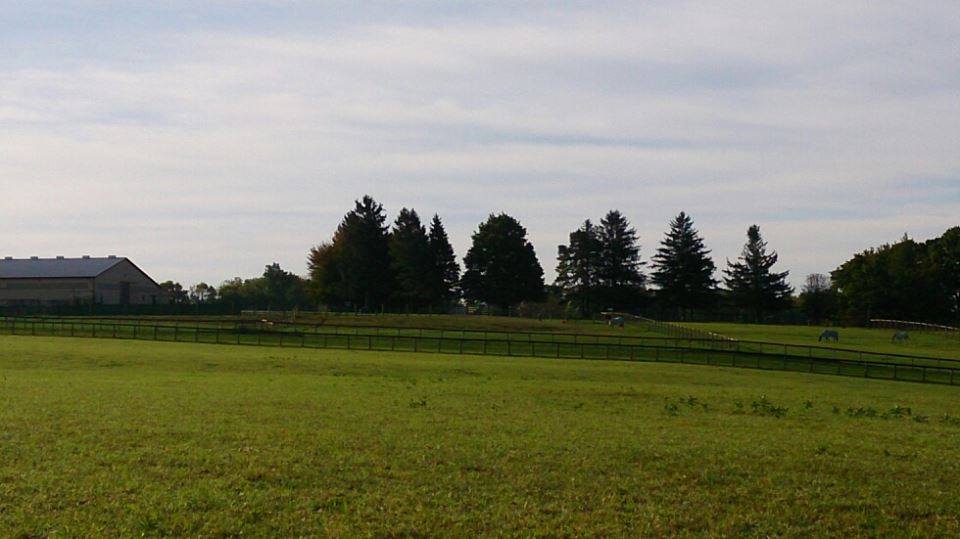 On Wednesday, March 8, Bob Dwyer of Land Trust Properties gave the Northampton Borough Planning Commission and area residents a presentation on plans for preserving Willow Brook Farms in the wake of surrounding development by both FedEx and The Rockefeller Group. Dwyer hopes the master plan he presented before the commission will keep the industrial activity from moving closer to the nineteenth century farm that shares property in Northampton, Allen Township and North Catasauqua.

Dwyer envisions the farm as a place that can be preserved so that the “entire region could come here to work [and] shop.”

The master plan includes apartments, townhomes and single-family homes surrounding the farm and its valley. The farm’s many buildings would be repurposed and used as shops and restaurants, all connected by walking paths and trails, shaded by the property’s trees. The property also includes a 9-hole golf course and plans for connecting the Nor-Bath and D & L Trails.

There are many other pieces of the historic farm that will be incorporated into what Dwyer calls the “hamlet” of shops and recreational activities, including the farm’s old limekilns, which cannot be seen because they are currently on private property.

“I really appreciate your concept…with the intent to preserve the buildings,” said Commissioner Cynthia Carman.

The proposed apartments and the tall stone walls, which are currently being built on Willowbrook Road, will keep industrial pollution and noise from reaching the farm’s valley and its more than 200 acres of open space.

The proposed single-family homes are the piece of the plan currently located in Northampton. The plan calls for 67 single-family homes on the east side of Howertown Road. They will have reverse frontage, meaning their backyards will face the busy road and will be shielded by a line of trees, to prevent traffic issues caused by their driveways.

Traffic issues that could arise because of the property were a major concern of residents in attendance, but Dwyer stressed that he and the farm’s trust want to work closely with the community and its residents so that feedback can be acquired.

Because the property is stretched across multiple townships and boroughs, there is still much to be discussed and approved. However, Dwyer hopes that if things go well, ground can be broken as early as next spring.

Also at the meeting, Tom Kishbaugh of Georgeannn Custom Homes presented his sketch plans for repurposing the vacant school building on Main Street into apartments. The building, which served as Northampton’s first high school, would house 12 two-bedroom apartment units.

“[It is] certainly nice to see someone come in and develop the building,” said Commissioner Rob McHale. The building, which has sat vacant for many years, has been “a dilemma for the borough,” he explained.

Kishbaugh, who has only ever developed new homes, understands that renovating such an old building will not be an easy process.

“This is going to be a very challenging project,” he told the commission. “[But] I want to make them [the apartments] interesting…[and] really nice.”

He plans on adding new windows and cleaning the copper features of the building, all while keeping with its “aesthetic look.”

While the commission was pleased to see plans for the vacant building, parking was an issue they presented before Kishbaugh. Current plans only feature 22 spots, while 24 are required for such an apartment. Kishbaugh will have to present his plans before zoning.

However, Kishbaugh is hopeful that if all goes well and approval is granted, he will be able to start renovations on the building this summer or fall.