The Northampton Area High School Theatre Company brought the beloved Addams Family to the stage in a musical comedy that featured plenty of familiar characters, plenty of laughs, and, in typical Addams Family fashion, plenty of ghouls. The Addams Family was performed from March 22 through March 25 and is a contender in this year’s Freddy Awards.

“I think the fresh, fun quirkiness that is part of this musical was exactly what the students and company needed this year,” theatre director Gianna Beleno said in her director’s notes.

All that quirkiness was expertly brought to the stage by a cast of over 30 students. Senior Harry Faber played Addams patriarch Gomez (the role of Gomez was also played by junior Brandon Costanzo for half of the performances). Meanwhile, junior Brooke Brida played Morticia, senior Nate Jones played Pugsley, and junior Celia Doll played Wednesday.

In the musical, a grown-up Wednesday threatens the Addams legacy after falling in love with and becoming engaged to a seemingly normal Lucas Beineke, played by junior Austin Fleury. When Lucas’s parents, Mal and Alice, played by seniors Lane Markulics and Erica Belovich, visit the Addams for dinner, the morbid family tries to be as normal as possible…though it is easy to predict how that turns out! 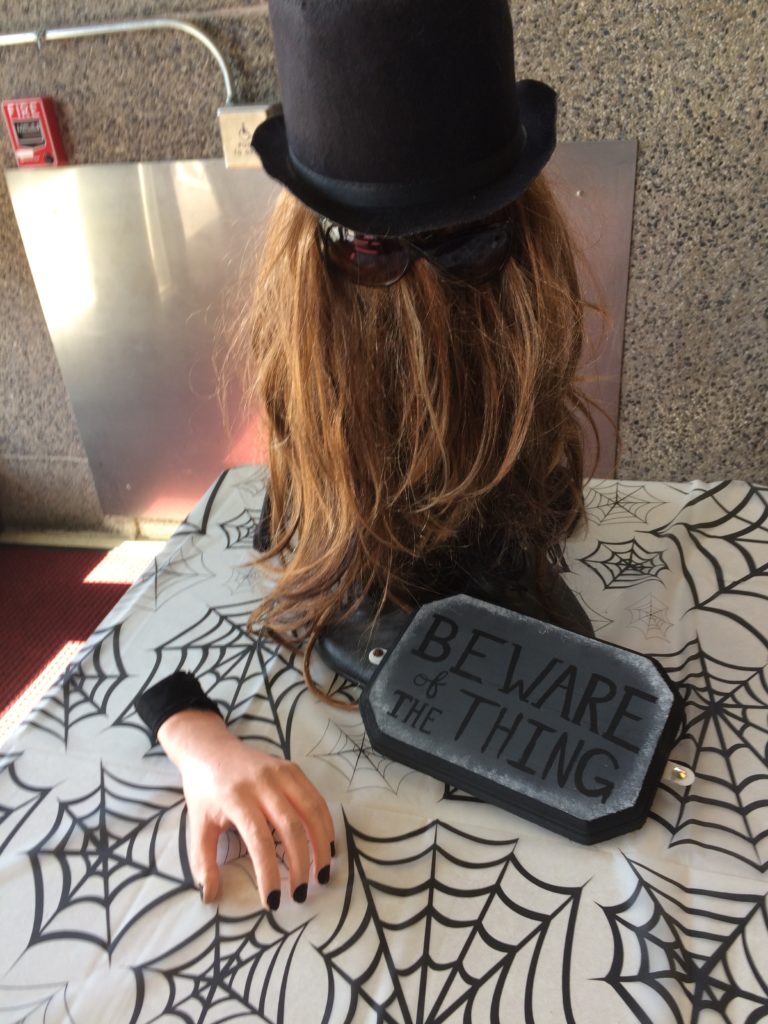 “The characters of the Addams Family are well-known and beloved by many generations,” said Beleno, “so to bring this story to life onstage has been a treat for the cast and crew.”

Plenty of never-before-seen members of the Addams family also made an appearance. When the curtain of the musical opens, Addams ancestors, from a ballerina to a baseball player to even Marilyn Monroe, grace the stage and help Uncle Fester ensure Wednesday’s and Lucas’s special dinner isn’t ruined. Fabulous makeup and costumes transformed all of the students into the familiar characters.

The show’s famous theme made it into the opening number, but there were plenty of new songs for the audience to enjoy. Doll shined in her solo performance of “Pulled” and Brida, as well as a chorus line of Addams ancestors, brought a surprising amount of sweetness to “Just Around the Corner,” a bubbly number about all the ways one can die. Faber was energetic as Gomez in “Trapped” and “Not Today.” He and Brida even showed the audience their tangoing skills during “Tango de Amor.”

There were also plenty of numbers in which the supporting cast and company got to show off their talents. “When You’re an Addams” introduced the audience to the entire Addams family, “One Normal Night” showed that the Addams and the Beinekes may not be so different after all, and “Full Disclosure” brought the first act to an engaging end. 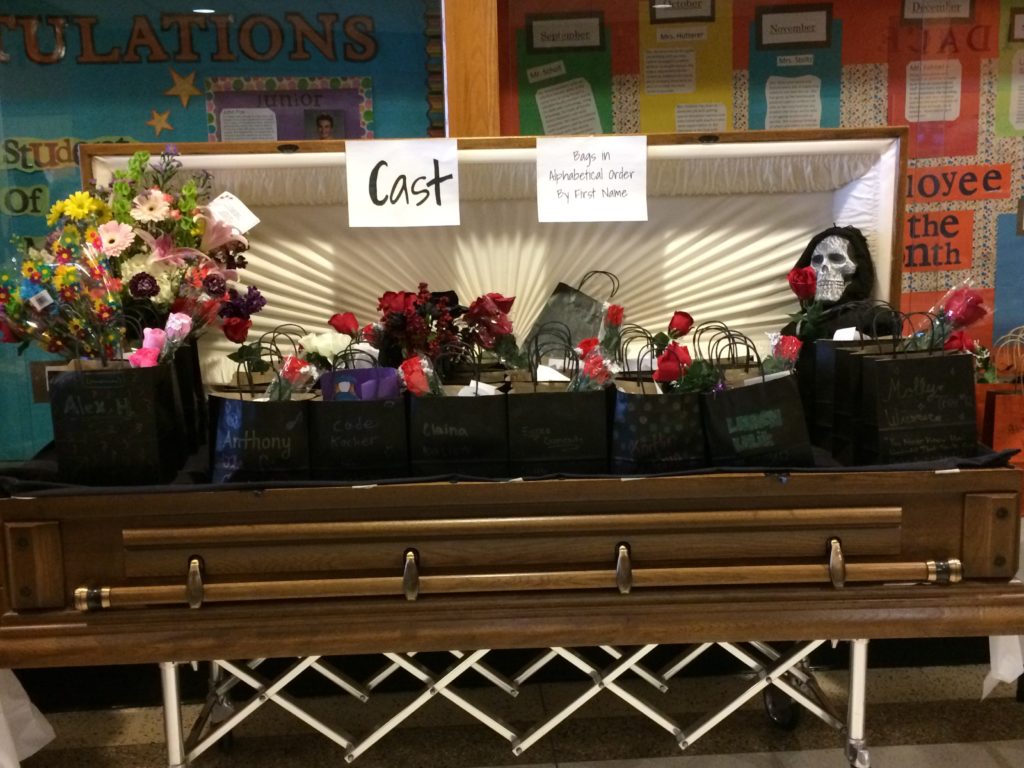 The entire cast and crew was lauded for their hard work. Months of weeknight and weekend rehearsals went into this production. Several snowstorms in the weeks leading up to opening night also meant that students missed at least six or so rehearsal days, but the entire cast and crew was able to pull together an outstanding performance that had audience members laughing for nearly two hours.

“They put on a fabulous show,” said Pat and Linda Reed, parents of freshman Emily Reed, who played the ballerina Addams ancestor. “A lot of credit goes to the directors. They had a well-organized team effort.”

The cast and crew are hoping that fabulous team effort pays off come this season’s Freddy Awards.

“Will the Freddy Awards nominate this scene?” Uncle Fester jokingly interjects during the lyrics of “One Normal Night.”