Tatamy Borough celebrated 125 years of history on July 22 by opening a time capsule that has been sealed shut since 1981. The time capsule opening was part of the borough’s 125th Anniversary and Family Day celebration.

Tatamy Historical Society president Deanne Werkheiser helped unveil the time capsule’s hidden treasures, which included a signed baseball, a hymnal, snapshots of borough residents, a pack of baseball cards, and even an old newspaper announcing the marriage of Princess Diana and Prince Charles.

Borough residents browsed through the memorabilia, reminiscing on old events and old friends. There were smiles as some residents caught glimpses of themselves in old photographs, and plenty of stories and memories were shared. 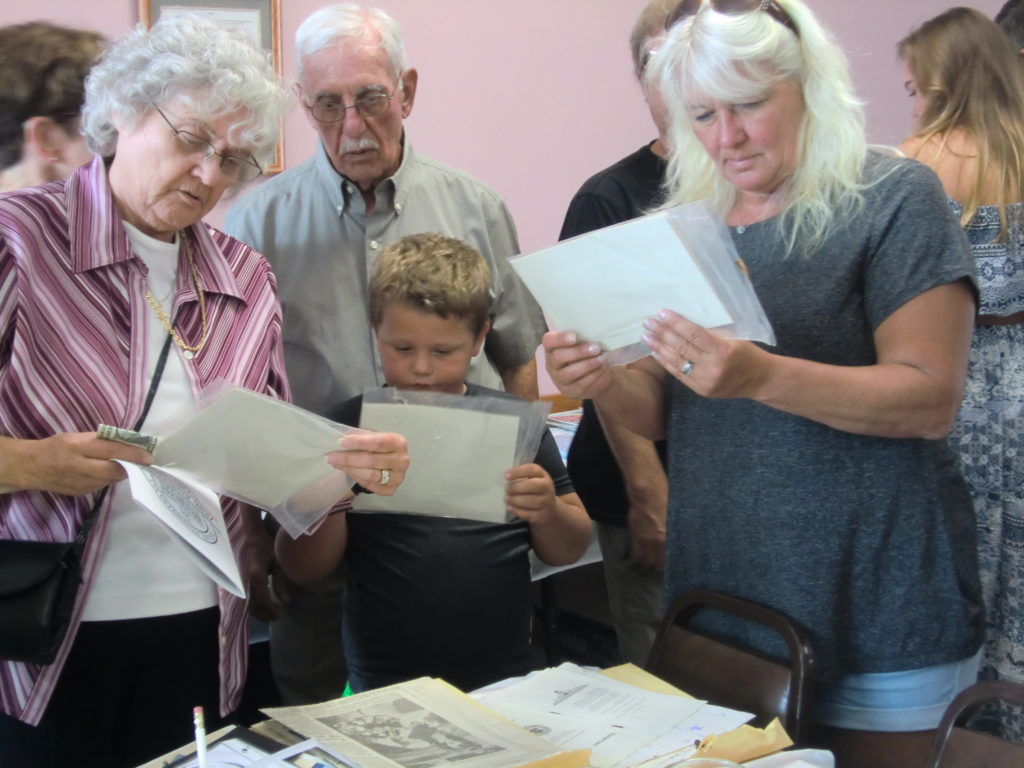 Borough Council members, State Representative Joe Emrick, and Edward J. Knittel of the Pennsylvania State Association of Boroughs were in attendance. Knittel applauded the borough’s ability to reflect on the past and look toward the future.

Meanwhile, Governor Tom Wolf submitted a statement to the borough, calling the borough’s history rich with “innovation, resilience, and resolve.”

Citations from Governor Wolf and Representative Emrick will be put into a new time capsule, along with a collection of other 21st century memorabilia. This new time capsule will be opened in 25 years during the borough’s 150th Anniversary, leaving residents to wait excitedly for the changes another quarter of a century will bring.