From March 21 through March 24, Northampton Area High School enchanted audiences with the theatre company’s performance of the Disney classic “Mary Poppins.” The musical is a 2019 Freddy Awards contender.

“Mary Poppins,” based on the 1964 Disney film and the series of children’s books by P.L. Travers, tells the story of the Banks family, young Jane and Michael and their two parents who do not seem to have time for their children between societal obligations and work, and Mary Poppins, the mysterious nanny who takes Jane and Michael on a series of adventures alongside Bert, the lovable chimney sweep.

The stage production features many of the same Sherman Brothers music that made the film an instant classic: “Jolly Holiday,” “A Spoonful of Sugar,” “Feed the Birds,” “Let’s Go Fly a Kite,” and, of course, “Supercalifragilisticexpialidocious.” However, there are several new songs for audiences to enjoy, including “Practically Perfect,” “Playing the Game,” and “Anything Can Happen.”

Senior Celia Doll portrayed the titular Mary Poppins with the perfect amount of sweetness, sternness, and mystery. Children in the audience awed as she soared through the night sky above London.

Senior Brandon Costanzo portrayed Bert, putting on his best Cockney accent and bringing just as much charisma and joy to the stage as Dick Van Dyke brought to the film.

Senior Brooke Brida played Banks matriarch, Winifred. While Mrs. Banks dearly loves her children, she struggles to find her place in London society and meet the expectations of her workaholic husband, portrayed by senior Austin Fleury. Both Brida and Fluery gave new dimensions to the Banks parents not explored in the original film.

The main characters were joined by a large ensemble cast, colorful costumes, and a set that transformed the high school’s auditorium into a London park, a children’s nursery, and a middle-class London home.

Highlights of the musical included the tap dancing, dusty chimney sweeps of “Step in Time,” the colorful cast of characters in “Supercalifragilisticexpialidocious,” and a sky full of kites in “Let’s Go Fly a Kite.” Of course, you cannot forget the high-flying theatrics that make “Mary Poppins” so fun. Both Doll and Costanzo took their turn flying across the stage, Costanzo doing front flips in the process.

The musical was under the direction of Mrs. Gianna Neal.

“I encouraged [the students] to study the film, but then put their own spin on it,” she said in her director’s notes.

“[Mary Poppins]” is such a beautifully warm and magical story, with riveting characters and some of the most gorgeous pieces of music, so it was important for me to preserve all of those things in our version,” she added.

Northampton’s theatre company will have another chance to shine during the 2019 Freddy Awards on Thursday, May 23. 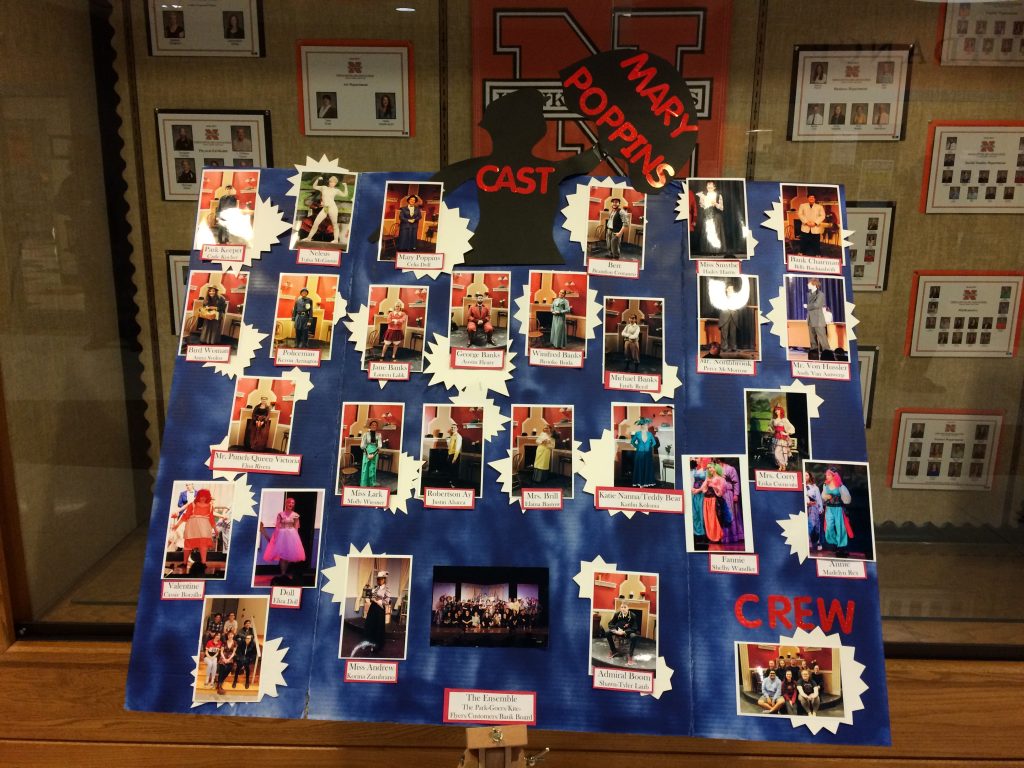