Terry L. Brong, 65, of Bath, passed away peacefully on Tuesday, Oct. 8, 2019, while in the care of the Inpatient Hospice at Lehigh Valley Hospital, Allentown. Born in Salisbury Township, he was a son of the late Harold and Esther (Burritt) Brong. Terry was a graduate 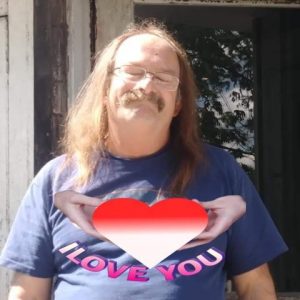 of Northampton High School, class of 1972. Currently, he was employed by Prime Conduit in East Lawn, where he worked as a machinist for nearly 20 years. Prior to that, Terry was employed by Lone Star Cement Co. Among his favorite pastimes, he enjoyed camping, music and playing the drums. Known for his love of animals, Terry loved his pet dog, Fluffy and his cockatiels.

Survivors: He will be lovingly remembered and dearly missed by his goddaughters, Brandy Heiney and her fiancé, Matthew Ahn, of Northampton, whom he considered to be his daughter, and April Wolf and her husband, Andrew, of Palmerton; four grandchildren, Karrysa, Sofia, Grace, and Matthew; a brother, Harold “Sonny” Brong, of Bethlehem Township; a sister, Shirley Ann Warner and her husband, Gene, of Easton; and six nephews. He was predeceased by a brother, Richard Brong, a sister, Jean Transue, and a nephew, Larry Eberts.

Contributions: In lieu of flowers, memorial contributions may be offered to Brindle Buddies and Friends, P.O. Box 37, Kutztown, PA 19530.

Barbara A. Dotter, 82, of Nazareth, passed away peacefully on Saturday, Oct. 12, 2019 at home surrounded by her loving family. Born Aug. 14, 1937 in Bushkill Township, she was a daughter of the late David and Mabel (Lieberman) Berger. Barbara worked in the kitchen 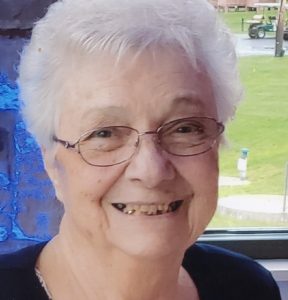 and housekeeping department at Gracedale Nursing Home for 25 years. She was a lifetime member of Schoeneck Moravian Church, where she was a sacristan and participated in bible study. Barbara was a member of the Red Hats and she enjoyed organizing bus trips. Survivors: sons, Donald and his companion, Lisa Jordan, and Daniel; daughters, Kay Frace, wife of Tom, and Robin Foulk, wife of Brian; grandchildren, Donald, Tonya, Tabitha, Rebekah, Kristopher, Heather, Codie, David, Rachel and Daniel; 16 great grandchildren; sister, Carol Yeska; several nieces and nephews. Barbara was predeceased by her son, David A. Dotter. Services: Funeral services will be held on Thursday, Oct. 17 at 11 a.m. in Schoeneck Moravian Church, 316 N. Broad St. Ext., Nazareth. Family and friends may call Wednesday night from 6 to 8 p.m. and Thursday from 10 to 11 a.m. in the church. Burial will follow in Schoeneck Moravian Cemetery. Arrangements are under the direction of the Reichel Funeral Home, Northampton. Online condolences may be submitted at www.reichelfuneralhome.com. In lieu of flowers, memorials may be presented to the church in loving memory of Barbara. 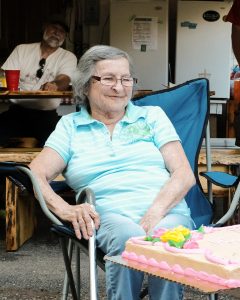 Siegfried Shafer. Shirley was married to the late Charles M. Frantz for 68 years. She enjoyed spending time at the family’s cabin in Promise Land and walking through the flea markets and farmers markets in the area. She enjoyed playing cards with family and friends and putting together puzzles.

Family and friends will be celebrating Shirley’s life on Oct. 26, 2019, starting at 10 a.m., with a eulogy at 11 a.m. at Lappawinzo Fish & Game. In lieu of flowers, memorial donations may be made to the Wounded Warriors Project.

Robert C. Sickels, 75, of Bath, formerly of Phillipsburg, NJ, passed away peacefully on 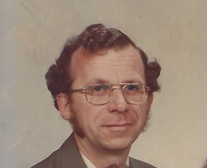 Thursday, Oct. 10, 2019, while in the care of the Inpatient Hospice Unit at Lehigh Valley Hospital, Allentown. Born in Phillipsburg, NJ, he was a son of the late Llewellyn S. “Bill” and LaVern I. (Vanderveer) Sickels. He attended Phillipsburg High School. For more than 30years, Robert was employed by the former Victor Balata Co. in Wilson Borough, where he worked in various capacities before retiring. An avid hunter, he also enjoyed camping, bowling, riding motorcycle, horseback riding, and reading.

Survivors: He will be lovingly remembered and dearly missed by his children, Michael Sickels, of Bath, Steven Bowen, and Jean Sickels, both of Jim Thorpe; grandchildren, Kadence, Gabriel, and Steven; sisters, Gloria Kocher and her husband, Ralph, of Danielsville, Norma Godlewski and her husband, Rev. Dr. Michael, of Virginia, and Virginia Bickel, of Phillipsburg, NJ; sister-in-law, Carol Sickels, of Springtown, NJ; former wife, Eleanore Shomper, of Jim Thorpe; along with many nieces and nephews. Robert was predeceased by his brother, Llewellyn S. Sickels, Jr.

Services: A Private Celebration of Life Gathering will be held at the convenience of the family. There will be no calling hours. Arrangements for Robert’s cremation were entrusted to the George G. Bensing Funeral Home, Inc., Village of Moorestown – Bath.