Seventy years ago, I spent much of the summer on William Smith’s farm in Weaversville. My father, Anthony, was an immigrant from Austria. My first job was on the farm. The family’s main farm was in East Allen Township.

The farm was sold, so Willie moved to a small farm in Weaversville. My father would leave the farm when he was hired by Universal Atlas Cement Company but would also help on the farm when needed.

After writing the columns on Weaversville history, I decided to look back to the Weaversville I remember. Larry Oberly and this writer will walk down Weaversville Road from the intersection of Weaversville and Route 329 to see how things have changed. Hope we survive the traffic!

Seventy years ago, the home at the Route 329 intersection was owned by the Odenwelder family. When constructed, the home served as a hotel and stage coach stop with a stone building across the street to house the horses and stage. The buildings were removed to widen Weaversville Road.

The Drexel Heights housing development was the pasture for William Kleppinger’s dairy herd. They produced milk for his Howertown dairy. St. John’s Union Church, now St. John’s United Church of Christ, is a local landmark. A home that served the church was removed, as was the church grove and refreshment stand.

On the corner, across from the church, is a memorial to World War II veterans. A former school on the lot served as a fellowship hall where the church held regular dinners. Next was the office of Frank Kramlick, a local justice of the peace and veteran of the Spanish-American War.

Across the street was the Schrantz family’s Howertown rose garden. Their neighbor was Paul Kozero, and his roofing and home improvement business is now Miller Supply Ace Hardware on Route 329. The land was previously owned by Joseph Moran, who was the last farmer to use horses to till the soil in Weaversville.

Down the road was Frable’s Store, operated by former cement worker Conrad Frable. The store was open 5 a.m. to serve workers from the coal regions traveling each day to Bethlehem Steel. Many would stop for tobacco, coffee, soda, etc.

He would also sell Atlantic Gasoline from two pumps in front of the store. The youngsters of the village enjoyed the penny candy and Dolly Madison Ice Cream. If you needed something on Sunday, knock on the back door and “Coonie” would serve you. He was loved by everyone in the village, especially the children.

Once a week, patients from the State Farm, a short distance from the store, would purchase tobacco and candy. They always had a smile when they left the store.

Another neighbor was Stanley Danner, who, with his wife, operated a saw mill. The buzz of the saw was a familiar sound in the neighborhood. Complaints — none!

Each year, the tax collector, Stanley Becker, would bring his table, set it up and collect your taxes at the store, a real convenience for the residents. Althea Rinker also operated a beauty shop for residents in her home.

Walnut Street is the basic boundary between Allen Township and East Allen Township. On the township line was the office of Dr. Wilkins. The good doctor left Weaversville to serve the U.S. Navy in 1943. When he returned, he operated an office in Allentown. While in Weaversville, he personally drove patients to the Allentown hospital.

Before the intersection, we have the former Weaversville Academy, which was later a store and now apartments. Arch Hetrick’s garage, later Woody’s Market, was next to the old academy. Across the street was a lodge hall, the home of a patriotic women’s organization.

The Weaversville Hotel has a long history. The historic hotel has had multiple owners. Mr. Fehnel, East Allen Township tax collector, would also come to the hotel and collect your taxes. Times have really changed! The hotel was closed on Election Day, serving the village as a polling station.

On the fringe of the village was the Pennsylvania State Farm, which produced milk, meat and products for state institutions. A dormitory housed many patients who resided there and worked on the farm. They were all good neighbors. They were well accepted by the village. I visited the farm as a youth and actually worked there in the summer of its last year of operation.

Next time, Larry Oberly will tour present Weaversville with his trusty camera. 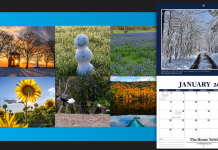