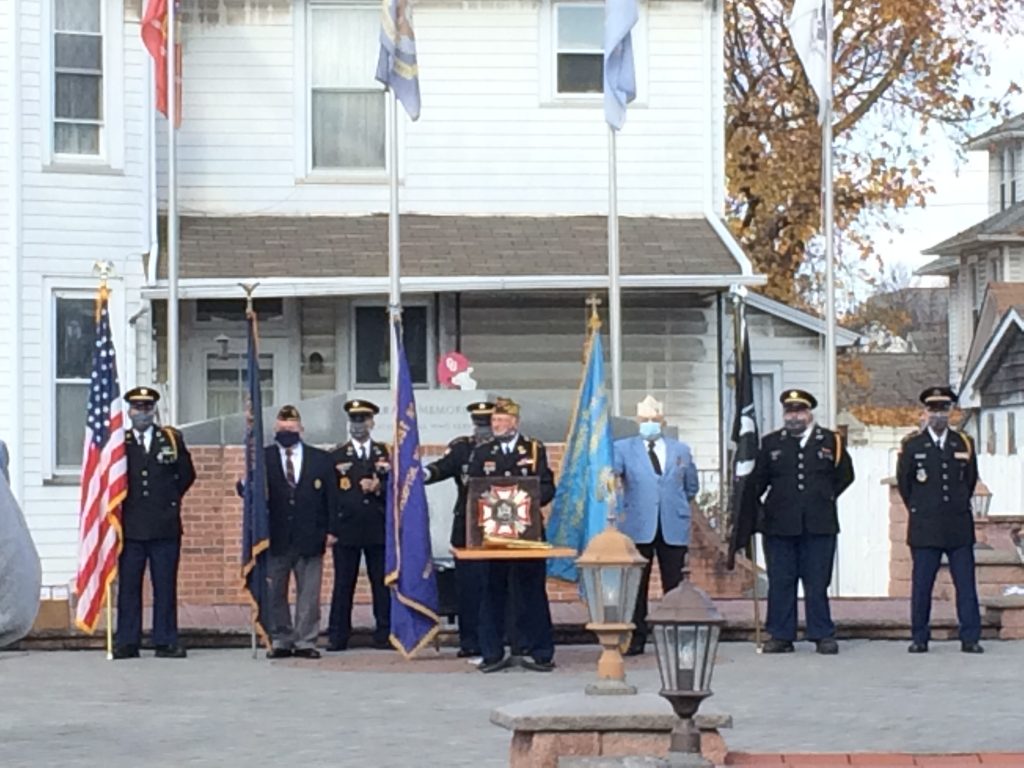 Northampton’s service men and women were honored during a Veterans Day service on Saturday, November 14. The event, organized by Northampton’s Joint Veterans Organization, was held at Veterans Plaza. The morning was marked with prayer, remembrance, and appreciation for all who have served.

Several dozen residents and veterans were in attendance, including veterans from American Legion Post 353, Catholic War Veterans Post 454, and Veterans of Foreign Wars Post 4714. Flags were given to all in attendance to wave as veterans were recognized and, most importantly, thanked.

“Please bring hope and healing to those vets who still hurt,” said Carl Wunderler, chaplain of Post 4714, in an opening prayer. “[And] angels of protection, love, and comfort, to all of the service men and women still at war.”

Bruce Shellock, of Post 454, solemnly remembered America’s POWs. At the center of the plaza sat an empty table, clothed in white with a single rose.

“They depend on us to bring them home,” Shellock said.

To honor fallen veterans at home and abroad, a three-volley salute was given, followed by Taps.

“Take the time to live and love until eternity,” the poem, which tells the story of a daughter honoring her father killed in war, concludes.

“If it was not for our veterans, we would not have what we have today,” said Schlittler. “It isn’t the politicians…it is the veterans that defend this country.”

In 2021, the borough will come together again to honor their service men and women during a Memorial Day dedication of the 105 Howitzer that was moved to the plaza.

Until then, residents were urged to recognize and thank veterans, not just during national holidays and celebrations, but every day.

Said Schlittler in his parting remarks, “When you see a veteran out and about, please thank them for their service.”