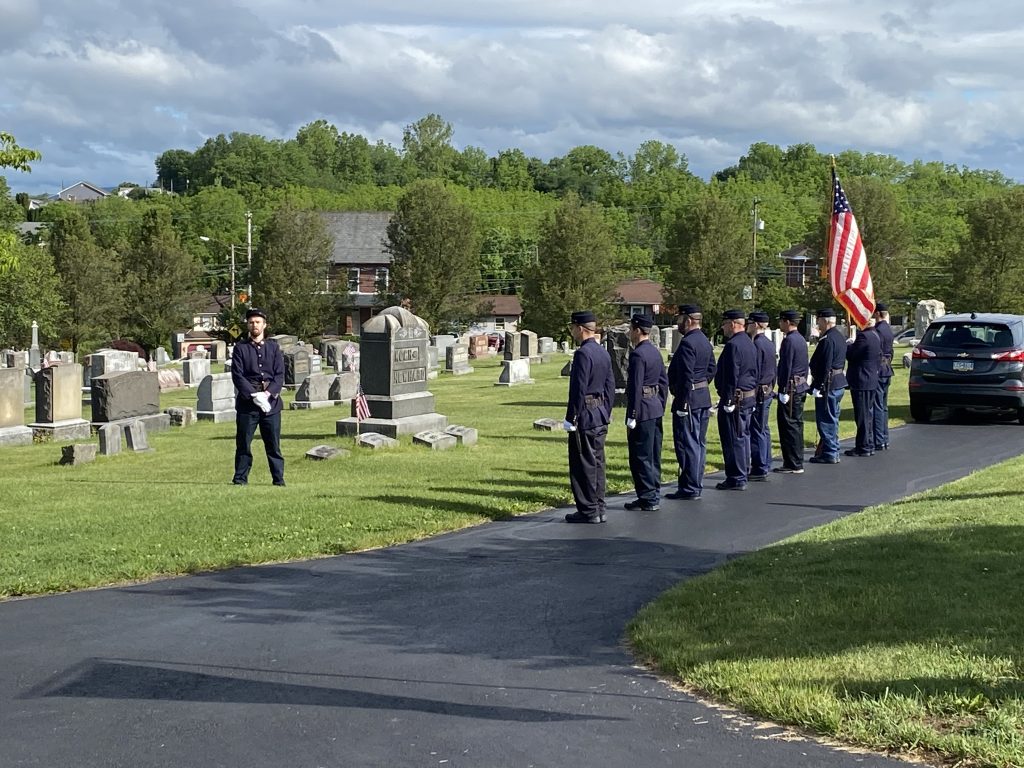 Every year, the Sons of Veterans of the Grand Army of the Republic, Camp Captain Theodore H. Howell #48 honors America’s fallen heroes at a series of ten cemetery services across Northampton. 2021 marks the 110th year of the tradition. In Union Army regalia and accompanied by the Tri-County Community Marching Band, they saluted the dead with a prayer, a 21-gun salute, a playing of Taps, and, appropriately, a reading of the Gettysburg Address.

“It is for us, the living, rather to be dedicated here to the unfinished work which they have, thus far, so nobly carried on,” President Lincoln’s famous speech reads. “That we here highly resolve that these dead shall not have died in vain; that this nation shall have a new birth of freedom; and that this government of the people, by the people, for the people, shall not perish from the earth.”

The service was accompanied by patriotic performances from the Tri Community Marching Band who played the National Anthem, Nearer my God to Thee, Battle Hymn of the Republic, and America the Beautiful.

The service was moving for cemetery treasurer Janice Pitkin, whose father served in World War II.

“Of these flags we see flying boldly, we have to say thank you in memoriam for the freedoms we have today,” she said.

The Sons of Veterans will return to Allen Union again next Memorial Day to once again honor America’s heroes, like Pitkin’s father and the millions of other men and women who served. Just as President Lincoln implored in his speech, their memory and the causes for which they fought have not perished.