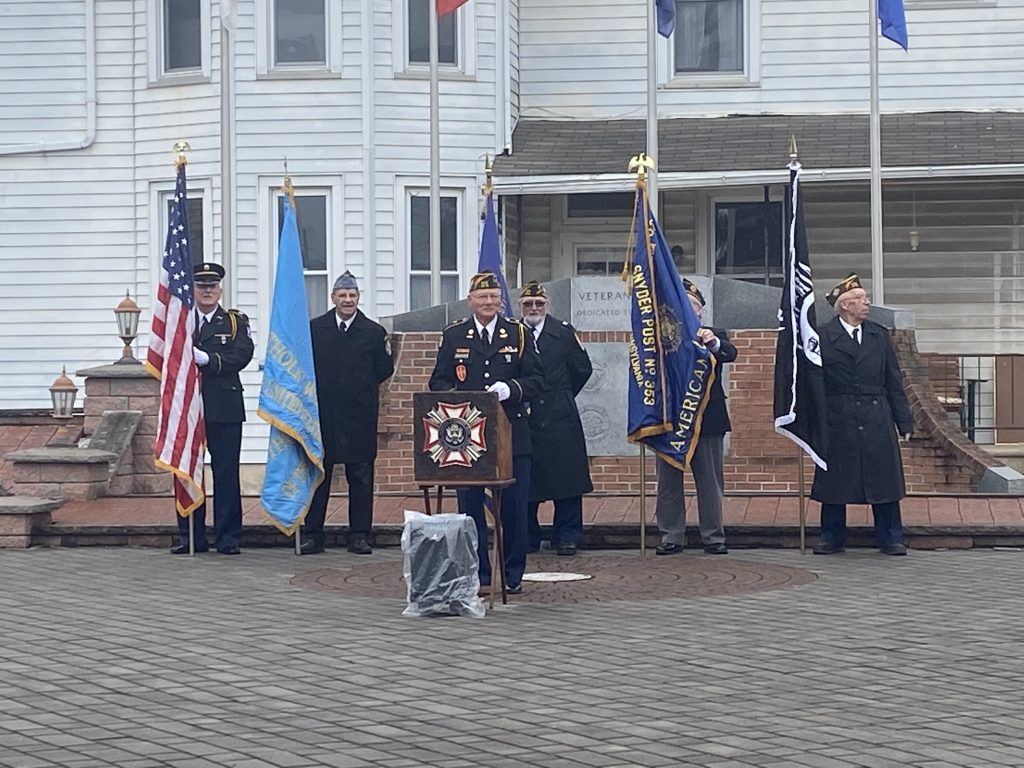 Veterans in Northampton and across the country were honored in a moving Veteran’s Day service hosted by the Northampton Joint Veterans Organization on Saturday, November 13. Despite the slight drizzle and cold chill, residents from the borough came out to join in the service, including members of VFW Post 4714, American Legion Post 353, and Catholic War Veterans Post 454.

“[We honor] the 20 million veterans…those who have borne the burden of battle so that others may live peacefully,” said Post 4714 Commander Larry Schlittler. “You deserve every single bit of recognition you receive.”

The service opened with the ringing of the Veteran’s Bell eleven times to symbolize the eleventh hour of the eleventh day of the eleventh month when the armistice became effective during World War I. Joan Glover then performed the National Anthem before honoring the POW/MIA veterans with the White Table Ceremony. This ceremony, which features a symbolic white table and lone, empty chair, asks those listening to honor those who cannot join in the festivities and remember America’s missing veterans until the day they come home.

Out of more than 300 million Americans only 17.4 million, or 5% of the population, are veterans, he said.

He thanked those veterans for their “deep and selfless commitment to the idea we call America…when others have turned away.”

“They are serving too…whether they like it or not,” he said.

The service ended with a 21-gun salute, the playing of TAPS, a performance of “Amazing Grace” on the bagpipes by Eugene Kutlzer, and a prayer for departed comrades.

The Joint Veterans Organization will reunite again for another service on Memorial Day.