Susan C. Andreucci, 59, of Roseto, formerly of Bath, passed away on Thursday, Aug. 18, 2022 at St. Luke’s Hospital – Anderson Campus, Easton, Pa.  Born on Oct. 11, 1962, in Abington, Pa., she was the daughter of Keith W. and Jane C. (Richards) Brown, of Moore Township.  Susan was the wife of the late Richard Andreucci, who passed away in 1999.  She worked as the Vice President of Quality Control for BB&T Bank in Allentown, for many years until retiring.  One of Susan’s greatest adventures in her lifetime was living a full year in New Zealand as a Rotary Exchange student.  Susan loved spending time with her family, but most of all, she enjoyed her grandchildren.  She enjoyed doing jigsaw puzzles, playing cards, playing games and doing crafts with her grandson. She liked to volunteer and she loved to relax with her daughter at the beach in Ocean City, New Jersey.

Survivors: In addition to her loving parents, Keith W. and Jane C., she will be missed by her daughter, Caitlynn M. Andreucci; two brothers, Bruce Brown and his wife, Kathy, Timothy Brown; grandchildren, Johnathan and Jayden; and nieces and nephews.

Services: Graveside services will be held at 10:30 a.m., Friday, Aug. 26, 2022 in Sacred Heart Cemetery, Penn Street, Bath, Pa. There will be no calling hours. Arrangements have been entrusted to the Bartholomew Funeral Home, Bath, Pa. 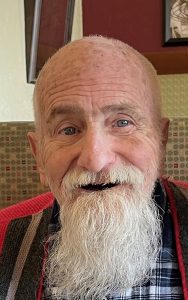 Stanley Franklin Flamisch, 84, of Bath, entered into the arms of Jesus on Sunday, Aug. 21, 2022, surrounded by his family.  Born in Moore Township, Stanley was a son of the late Frank R. Flamisch and Ruth L. (Muffley) Flamisch Kennedy.  He attended Nazareth Schools, and he was employed by Eisenhard’s Flooring in Emmaus for over 45 years.  He was a lifelong member and deacon at El Shaddai Assembly of God Church in Nazareth.  An avid outdoorsman, Stanley was a skilled hunter and fisherman, and he enjoyed collectables of all kinds.  He remained active throughout by spending countless hours preparing scrap metal to sell at local recycling centers.

Services: A funeral service will be held on Friday, Aug. 26, 2022, at 11 a.m. in El Shaddai Assembly of God Church, 585 Rose Inn Avenue, Nazareth, PA 18064.  Friends and relatives are invited to call on Friday morning from 9 to 11 a.m. in the church.  Interment will follow in Cedar Hill Memorial Park Cemetery, Allentown.  Arrangements are under the care and direction of the George G. Bensing Funeral Home, LLC, in the Village of Moorestown – Bath.

Contributions: In lieu of flowers, memorial contributions may be offered to El Shaddai Assembly of God Church, Nazareth. 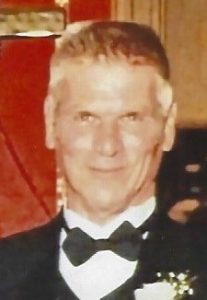 Robert C. Kromer, Sr., 79, of Bath, passed away on Tuesday, Aug. 16, 2022, at ProMedica Skilled Nursing & Rehabilitation in Bethlehem Township.  He was the husband of the late Carol Ann (Kern) Kromer, with whom he shared 38 years of marriage prior to her passing in 2001.  Born in Moore Township, he was a son of the late Dalbert L. and Erma A. (Snyder) Kromer.  Robert was a machine operator at Martin Sprocket & Gear, Inc. in Danielsville, before retiring.  Known as the “unofficial” Mayor of Bath, he could be seen spending time on the front porch of his home, which he so enjoyed.

Survivors: Robert will be dearly missed and lovingly remembered by his children, Kimberly S. Altemose and husband, Dave, of Moore Township, David L. Kromer and wife, Kimberley, of Lehigh Township, Robert C. “Butch” Kromer, Jr. and wife, Susan, of Slatington, and John J. Kromer and wife, Christine, of Northampton; nine grandchildren; nine great-grandchildren; a brother, Larry E. Kromer and wife, Vera, of Bushkill Township; nieces and nephews; and his special friend, Sheila Hawk, with whom he resided for the past 18 years.  In addition to his wife, Carol Ann, he was predeceased by a brother, Delbert “Sonny” Kromer; and a sister, Shirley S. Schlegel.

Services: A graveside service will be held privately with the family at Mountain View Cemetery in Emanuelsville.  Arrangements have been entrusted to the George G. Bensing Funeral Home, LLC, in the Village of Moorestown – Bath.

Ronald was last employed by the former Bethlehem Steel Corp., Bethlehem, Pa. as a machine operator for over 30 years before retiring in 1992. He served his country as a Hospitalman E-3 in the U.S. Navy from 1960 until 1964.

Graveside services and committal will be held at 10 a.m. on Saturday, Aug. 27, 2022 at Cedar Hill Memorial Park, 1700 Airport Road Allentown, PA, 18109 with the Fr. Edward W. Patch officiating. Schisler Funeral Home, Northampton, Pa., has been entrusted with his care and services.

Online condolences may be offered to the family at www.schislerfuneralhomes.com.