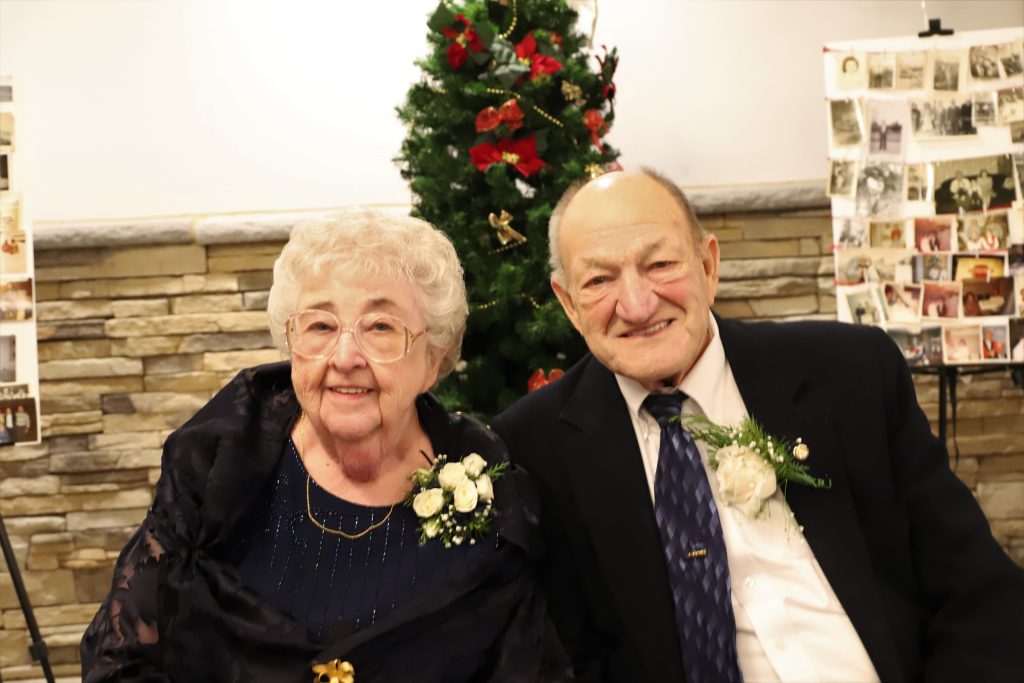 Frederick (Fritz) and Evelyn Schramel will celebrate their 75th wedding anniversary on Christmas Day, Dec. 25, 2022. They enjoyed a celebration dinner with their family and friends on Saturday, December 17 at the Northampton Banquet and Events Center. This was a first for the Center and they were very pleased to host this event. The Schramels were presented with a PA House citation in recognition of their noteworthy anniversary from Representative Ann Flood, a commendation from the U.S Congress from Representative Susan Wild, and a congratulatory letter from Sen. Bob Casey. 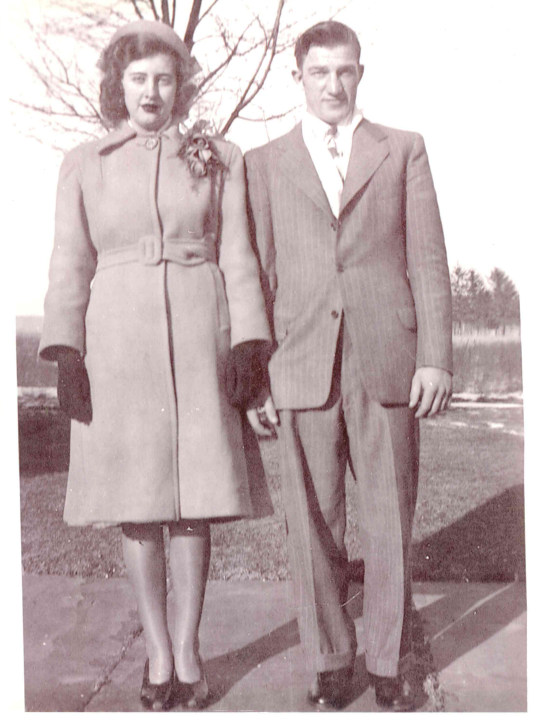 “Fritz” met Evelyn Arlene Heckman at a dance hall in Klecknersville, Pa. (which is no longer there), in January 1947. He introduced himself as Fritz. He loved square dancing and Evelyn hated it. They say opposites attract. They certainly did, in this case. They began steady dating and were married on Christmas Day, Dec. 25, 1947.

Evelyn states, “Seventy-five years is a long time and it took more than love; it took a lot of patience, forgiveness, and a lot of God, to get [them] to this day. His strength has allowed [them] both to remain active members of Covenant United Methodist Church.”

They confess that God has truly blessed them during these 75 years and they want to thank Him for allowing both of them to live long enough to celebrate this occasion. They were blessed with two sons, Frederick and wife Marcia and Glenn and wife Gail. They have six grandchildren, 15 great-grandchildren, six great-great grandchildren and one on the way!

Congratulations, happy anniversary and a Merry Christmas to Frederick and Evelyn Schramel!