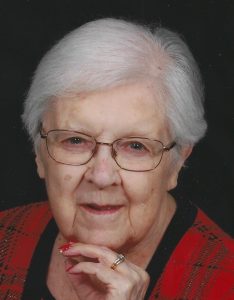 Isabel S. Bickert, 91, of Point Phillips, peacefully passed away at home while in the loving care of her family on Tuesday, April 5, 2022.  She was the wife of the late Harvey J. Bickert, with whom she shared 57 years of marriage prior to his passing in 2007.  Born in Moore Township, she was a daughter of the late John E. and Lottie M. (Werner) Kocher.  She was a graduate of Nazareth High School, Class of 1948.  Isabel served as a secretary for the Northampton School District for more than 30 years, before retiring.  Prior to that, she was employed by the Bethlehem Steel Corp. where she worked as a secretary at the Homer Research Center.  Among her favorite pastimes, Isabel enjoyed crocheting and counted cross-stitch.  A faithful and active member of Covenant United Methodist Church of Klecknersville, Isabel served as a Sunday school teacher and was a member of the choir as well as the United Methodist Women.

Services: A funeral service was held on Saturday, April 9, 2022, at 11 a.m. in Covenant United Methodist Church of Klecknersville, 2715 Mountain View Drive, Bath, PA 18014.  Friends and relatives were invited to call on Saturday morning from 10 to 11 a.m. in the church.  Interment was private.  Arrangements are under the care and direction of the George G. Bensing Funeral Home, LLC, in the Village of Moorestown – Bath.

Contributions: In lieu of flowers, memorial contributions may be offered to Covenant United Methodist Church of Klecknersville.