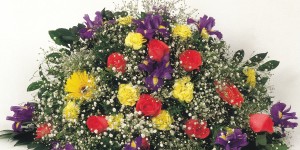 David was employed at the former Bethlehem Steel for 38 years as a welder on the rigger gang before retiring in 1974. He was also one of the first shop stewards. He was a member of St. John’s U.C.C. – Fullerton, and he was also a member of the Coplay Senior Citizens, past President of Whitehall AARP and Northampton Area Retired Men.

Born in Northampton, he was a son of the late James and Lillia (Metzgar) Rector. He was the husband of Miriam “Mim” (McCloskey) Rector for the past 68 years.

In addition to his wife, he is survived by daughter Beverly Bohner of Allentown, grandson, Thomas Bohner, III of Whitehall, two great-grandsons.  He was pre-deceased by a sister, Sarah Hess.

Arrangements are being handled by the Schisler Funeral Home, Northampton, where the family will receive friends from 10:00a.m. to 11:00a.m. on Saturday, March 9, 2013. Memorial service will 11:00a.m. Rev. Aaron W. Fox will be officiating.  In lieu of flowers, contributions may be made to funeral home.

Anna C. Brobst, 94, formerly of Klecknersville, died on Thursday, Feb. 28 in Sacred Heart Senior Living of Northampton. She was the wife of the late Edgar W. “Eddie” Brobst, who died in 1991.

Prior to retiring, she was employed by Karess Lingerie in Bath for many years and was a member of the International Ladies’ Garment Workers’ Union, in which she served as chairlady.

Born Feb. 12, 1919 in Nazareth, she was a daughter of the late Ferdinand and Anna (Cebula) Maurek.

Surviving are two daughters, Bonnie L. Bell of East Allen Twsp. and Sandra A. Michael of Moore Twsp.; two grandchildren; a great-granddaughter; a brother, Frank Maurek, of Nazareth; and many nieces and nephews.

Livio “Lee” Claroni, 90, of Bethlehem died Tuesday, Feb. 26 in the VNA Hospice of St. Luke’s, Lower Saucon Twsp. He was the husband of Carmela (Messina) Claroni.

Lee and his wife were the owners of Claroni’s Tavern in Nazareth for 33 years, retiring in 1985. He had served in the U.S. Army during World War II.

He was a member of Holy Family Catholic Church, Nazareth; Knights of Columbus; Hecktown Fire Co.; Eckley E. Patch Post #470, American Legion, Bath, and was a life member of the Holy Family Club in Nazareth.

In addition to his wife, he is survived by a daughter, Cynthia Friend, of Forks Twsp.; two sons, Randy Claroni of Bushkill Twsp. and Rocco Claroni of Hummelstown; a sister, Elsa Claroni, of Bethlehem; and four grandchildren.

Services were held on Saturday morning in the Reichel Funeral Home, Nazareth, followed by Mass of Christian Burial in Holy Family Church and entombment in Holy Family Mausoleum, Nazareth.

Donations may be made to Holy Family School, c/o the funeral home at 220 Washington Park, Nazareth, PA 18064.

A 1947 graduate of Northampton High School and a 1951 graduate of the Allentown Hospital School of Nursing, she had worked as a registered nurse most of her life. She began her nursing career at the Allentown State Hospital, then Haff Hospital in Northampton, where she was in charge of the Alcohol and Detox Unit. She retired in 1991 from Muhlenberg Hospital Center in Bethlehem as director of the Ambulatory Surgical Unit.

Born Dec. 21, 1929 in Pennsville, she was a daughter of the late Walter and Florence (Roberts) Werner Shepard.

She was a life member of the AHSN Alumni Association and a member of Queenship of Mary Church, Northampton. She was also a den mother for Cub Scout Pack #99.

Preceding her in death were a sister, Marion Ogrodoski, and two brothers, Glenn Werner, Sr. and Walter Werner, Jr.

LaMar K. Hall, 80, of Northampton, died Saturday, March 2 at home. He was the husband of Patricia A. (Snyder) Hall.

He was a member of Zion Evangelical Lutheran Church, Northampton, and was the property chairperson from 1974 to 2010. He was a board member of the Union Cemetery Association in Danielsville for 25 years.

Services were at noon today (Thursday) in the Reichel Funeral Home, Northampton, with The Rev. William Horn officiating, followed by burial in Danielsville Union Cemetery.

She worked at the former Champion Spark Plug Co. in Hellertown for many years. During World War II, she worked as a welder. She played second base for several softball teams in her younger years.

Born March 31, 1925 in Northampton, she was a daughter of the late Frank and Julianna (Orban) Sakovits.

She was a member of Queenship of Mary Church and Ss. Peter & Paul Hungarian Society, both in Northampton.

Preceding her in death were two brothers, Frank and Joseph Sakovits.

A Masss of Christian Burial was celebrated on Saturday morning in Queenship of Mary Church, followed by interment in Our Lady of Hungary Cemetery, Northampton. Arrangements were by the Reichel Funeral Home, Northampton. Memorial donations may be made to the church at 1324 Newport Ave., Northampton, PA 18067, or At Home Health Services & Hospice Care, 4030 William Penn Hwy., Easton, PA 18045.

Gloria A. Lewis, 75, of Bath died on Friday, March 1 in Sacred Heart Hospital, Allentown. She was the wife of the late William W. Lewis, who died in 1980.

She worked as a clerk for the U.S. Postal Service until retiring.

Services will be private at the convenience of the family. Arrangements are by the Bartholomew Funeral Home, 243 S. Walnut St., Bath.

A graduate of William Allen High School, Allentown, he was known by his family and friends as a “jack of all trades.”

He worked at the Bethlehem Steel for 30 years before retiring in 1984, and had served in the U.S. Army during World War II. He liked to repair and restore cars.

Born Dec. 15, 1924 in Northampton, he was a son of the late Stephen and Mary (Madaya) Nederostek.

He was a member of Assumption of the Blessed Virgin Mary Church in Northampton.

He was pre-deceased by a sister, Catherine Beblavy.

Donations may be made to the memorial fund of the church, c/o the funeral home at 2119 Washington Ave., Northampton, PA 18067.

She was a secretary for the M&M Mars Co., Hackettstown, N.J., for many years. Prior to that, she worked at Mack Trucks, Inc.

Born Oct. 1, 1923 in Cementon, she was a daughter of the late Martin and Elizabeth (Mayer) Makovsky.

She was a member of Assumption of the Blessed Virgin Mary Church and  Young at Heart, in Northampton, and was a volunteer at the Northampton Area Food Bank.

Preceding her in death were a son, Mark; four brothers, John, Ed, Steve and Paul; and two sisters, Emma DeLucia and Mary Barlok.

A Mass of Christian Burial was celebrated on Friday morning in Assumption B.V.M. Church. Arrangements were by the Reichel Funeral Home, 326 E. 21st St., Northampton, PA 18067, where donations to the Northampton Area Food Bank may be sent.

He worked as a truck driver for many years, retiring in 2004.

Born in Northampton, he was a son of the late Lewis, J., Sr. and Irene M. (Bundy) Weber.

He was a member of St. John’s Evan. Lutheran Church, Coplay, and the Bath Vol. Fire Co.

Besides his wife, he is survived by two daughters, Tracy L. Doorly  of Media, Pa., and Jayne Jaisle of Blue Bell, Pa.; a son, Scott A., of Northampton; and five grandchildren.

Contributions may be made to the St. John’s Church Memorial Fund  in Coplay  and American Cancer Society, LV Unit, 3893 Adler Place, Bethlehem, PA 18017.