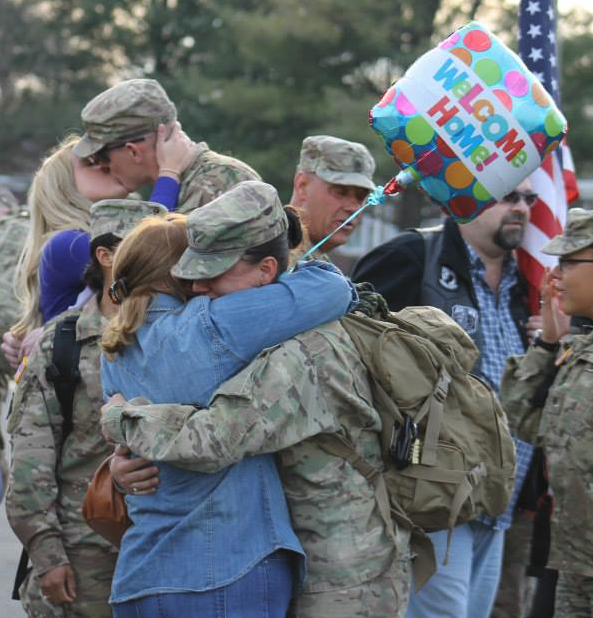 It can be easy to forget, as we toil through our daily troubles, that the smallest opportunities available to us are the direct result of a soldier’s sacrifice. Too often we take for granted what our men and women in the armed forces are fighting for. Therefore, it’s important to remember that there are ways we can help them that require no more of us than a little time and energy. In honor of Veterans Day and our annual nonprofit/volunteering issue, we spotlight a local organization trying to do just that: give back.

Humble Hearts For Hope, a nonprofit based in Plainfield Township committed to serving U.S. troops overseas, officially began in March of 2011, after spending approximately a year in the brainstorming stages. Brenda Detweiler of Nazareth had begun to see a need for soldier assistance on a local level in the Lehigh Valley area.

“I put a lot of thought into it and started grabbing people that I knew may be interested and those people are still with us now,” explained Detweiler. “We sat down and set it up through the state of PA. It took off from there. We opened three years ago on the basis that we were assisting our deployed troops, not injured troops or those who are helped by large corporations.”

HHFH’s primary goal is to send monthly care packages of donated items to deployed troops through the contacts Detweiler and her team have generated since their inception. “We receive a lot of leads from people of who to ship to just by word of mouth. And we take from everywhere; 90 percent, if not more, of the items are purely donated from the community, whether that be individuals, Scout groups, schools, or churches,” explained Detweiler. “Unfortunately, a lot of local organizations and companies that could help us out don’t even know we exist.”

It’s a passion project that they all believe in. Detweiler and her band of dedicated board members operate HHFH in between their own home lives and, for most of them, full-time jobs. Detweiler’s husband, who came up with the name for the group, and her three children are all volunteers. Some of the members also have their own personal ties to the military, which spurs them to work hard at giving back.

“Everybody in the group is very committed to assisting the troops, for no pay,” said Detweiler. “It’s 100 percent volunteer and that’s what I personally like as the owner. We don’t want anything back.”

Well, except for some help from the community. HHFH hosts approximately a dozen fundraising events each year in an attempt to boost their capabilities.

“We need more volunteers for those events,” said Detweiler. “Especially the big ones; we need more hands. I don’t want my people getting burned out. We kind of push the envelope sometimes, because I have a lot of ideas racing around.”

The highest expense of their efforts is shipping the packages themselves, which run around $16 each.

“If we keep going like that, we’re going to be fine, but whenever funds are given up for advertising or events, that’s how I look at it: oh, we just lost however many packages,” Detweiler said. “The crew has gotten me to the point where I accept that you have to do certain things to get the money to come back in. We’ve been very blessed.”

HHFH consists of only seven board members and as many volunteers as they can gather. They are small, but mighty. They’ve proven themselves capable of having a real impact on the lives of the soldiers they serve.

Detweiler said that people tend to not comprehend that what they do is impressive for such a small-scale group. They are often compared to the United Service Organizations (USO), which sends out thousands of packages per year.

“Well, we’re limited to the addresses we receive. If we receive more, we can send more. We also ship monthly, while other companies ship seasonally or as requested,” explained Detweiler. “We like to meet special needs; there was a female soldier whose heritage doesn’t allow her to join the military, but she did it anyway to serve our country and she gets nothing, so we’re helping her with an extra box a month.”

They assist the biker group Warriors’ Watch with special send-offs and homecomings. They honor veterans when they’re able. They contribute to Stars For Our Troops. They even reach out to local military families in need.

“Many of these women don’t want their husbands to worry when they’re away; we helped someone who had lost her job by giving her groceries. When he came home for the weekend, the kitchen was full,” explained Detweiler. “We’ve paid rent, utilities, given gift cards for food. We post these stories on Facebook and the community is just so generous.”

HHFH seeks to help any family in need. While their focus is in PA, Detweiler says they’ll never turn someone away if they have the supplies to help them; they’re currently assisting two people in Ohio. Detweiler also notes that if there is a problem they can’t help with, they are more than happy to direct someone to the proper resources.

Their primary focus for the future is to build up a base of volunteers. “We’d really like to see the local youth get involved,” said Detweiler. “We’re trying to incorporate a program in the schools that allows them to collect community service hours for helping us. But we want them to give back not because they’re forced to, but because they want to. That makes all the difference in how the work gets done.”

That, and a solid foundation of 12 companies willing to commit to one month a year of collecting donations for them; the milestone they are hoping to reach for the coming year.

In spite of all their fundraising, Detweiler admits that they’ve had to dip into their own pockets from time to time: “I think we’re all guilty of that, but we do it silently. We like to see them receive the things they need, because they’re challenged with things that we don’t ever want to see in life. They deserve it. They’re fighting for our freedoms. And we have a great time doing it; it keeps you lively. There’s always the stress before an event, but it’s so worth it.”

As far as the fruits of their labor, Detweiler says that while hearing success stories is nice, it’s not a necessary part of it for them.

“We don’t look for anything back, but when we get it, it’s so awesome,” she explained. “The welcome home we did this year was phenomenal. It’s emotional. There are kids who don’t see their parents for months at a time, so it’s nice to be there for them. If we don’t hear from the soldiers or the families, it really doesn’t matter. We know we’re helping. It’s all for the troops and that’s all that matters.”

Brenda, her family, and the Humble Hearts team are grateful to all the donors and sponsors throughout the Lehigh Valley. If you know a needy military family, contact them at 484-764-8198. HHFH is always looking for more volunteers.

‘Like’ HHFH on Facebook.
The page is updated daily with current needs, soldier special requests,
announcements, sponsorship or donations, meetings, pictures, and more. 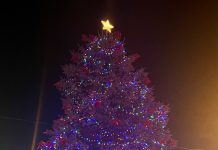 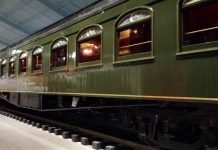