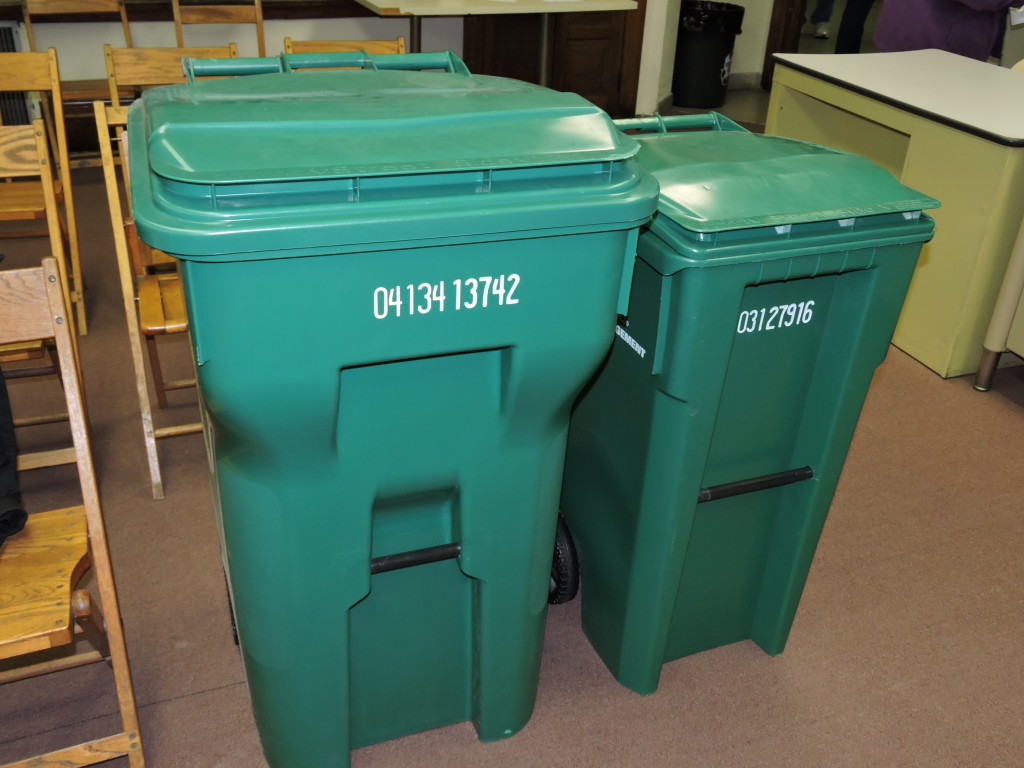 Bath Borough Council had a boatload of items to discuss at the first meeting of the new year on Monday night.

One was viewing two sizes of garbage and/or recycling containers that could be purchased if an Act 101 grant is awarded in August. Borough Manager Tom Petrucci said they cost $80 each, but 90% of that cost would come out of the grant.

Some residents don’t have that much refuse to dispose of in a week. Others do, so there could be a choice on which they would use for their own purposes.

Demchak said that now that we are deep into winter, he asked that residents clear snow away from fire hydrants in front of their homes, and also advised that everyone keep their smoke detectors on a full battery charge.

There is a PIRMA (PA Intergovernment risk management association) policy for fire department vehicles on liability and physical damage, but solicitor Blake Marles will go over that insurance because he said neither the fire department or borough are adequately covered. The issue was raised after a fire truck reportedly damaged an E. Main St. sidewalk.

She had more to report following a committee meeting. It included: placing picnic tables on the cement pads at Ciff Cowling Park as a spring project started by an Eagle Scout. . . .Installation of playground equipment in the spring, with the Bath Business & Community Partnership donating about $2,500 for mulch to go with it. . . .The committee at their next meeting will discuss the 2015 TreeVitalize planting grant, decide where trees should be planted, and seek Council approval in February.

Council voted to remove the baseball scoreboard at the park since the Legion team doesn’t use it. Later in the meeting, Mrs. George noted that the borough owns the Siegfried Log Cabin on W. Main St. and there is an issue with the Gov. Wolf Historical Society with maintenance. The roof has been replaced twice. The cabin is open only once a year during the Christmas house tour. At one time there was thought about moving it to the historical society campus in East Allen Twsp., but the cost would exceed maintenance. Mrs. Heckman said the cabin doesn’t qualify for National Historic Commission recognition. Mrs. George said the cabin could be open as a feature event for the Chamber of Commerce.