Myrtle R. McCandless, 84, formerly of Moore Township, passed away on Tuesday, Oct. 23, 2018, at St. Luke’s University Hospital in Fountain Hill, surrounded by her loving family. She was the wife 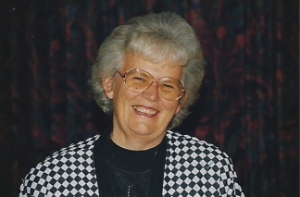 of the late Ralph J. McCandlesss, Jr., with whom she shared 52 loving years of marriage prior to his passing in 2005. Born in Stockertown on Feb. 26, 1934, she was a daughter of the late Wilburt T. and Jane (Frankenfield) Hack. Myrtle was a graduate of Nazareth High School, class of 1952. She was employed by the former Phoenix Forge in Catasauqua, where she worked in various capacities for several years before retiring in 1987. After retiring, Myrtle worked part-time as a bookkeeper at Achey Inc., Bethlehem. A devoted and loving wife, mother and grandmother, Myrtle was also a noted sports enthusiast who loved supporting and attending her children’s and grandchildren’s sporting events, and was also an avid league bowler. Volunteering was also an important part of Myrtle’s life as she served as a Den Mother and Girl Scout Leader, was a member and past president of the Moore Township PTA, and served as a volunteer at the Suburban North Family YMCA in Catasauqua. She was an active member of Emmanuel’s Lutheran Church.

Services: Held on Saturday, Oct. 27, 2018, at 2 p.m. in Emmanuel’s Lutheran Church, 3175 Valley View Drive, (Emanuelsville) Bath, PA 18014. Friends and relatives were invited to call on Friday evening from 6 to 9 p.m. in the George G. Bensing Funeral Home, Inc., 2165 Community Drive, Route 946, Village of Moorestown – Bath, PA 18014, and Saturday afternoon from 1 to 2 p.m. in the church. Interment followed in Mountain View Cemetery, Emanuelsville. Contributions: In lieu of flowers, contributions may be offered in memory of Myrtle to Emmanuel’s Lutheran Church.

Kathleen N. Weiss, 75, of Nazareth, passed away on Tuesday, Oct. 23, 2018, at ManorCare Health Services in Palmer Township. She was the wife of the late Richard L. Weiss, with whom she shared 48 loving years of marriage prior to his passing in 2011. Born in

Allentown on May 24, 1943, she was the daughter of the late Richard and Nancy (Taleda) Altemose. Kathleen was a graduate of Northampton High School, class of 1960. A devoted and loving wife, mother and grandmother, Kathleen also worked part-time at the Coffee Shop in the Professional Building on Elizabeth Avenue in Bethlehem. More recently, she was employed by Moravian Hall Square in Nazareth, where she worked as a hostess for several years before retiring. Kathleen enjoyed knitting, feeding birds, and was an avid Phillies fan. She was a member of St. John’s Evangelical Lutheran Church of Nazareth.

Survivors: She is survived by her two sons, Richard L. Weiss, II, of Northampton, and Mark A. Weiss, of Nazareth; and her three grandchildren, Brady, Sierra and Kaylee. In addition to her late husband, Richard, she was recently predeceased by a grandson, Brock Weiss.

Services: A Memorial Service in celebration of Kathleen’s life was held on Saturday, Oct. 27, 2018, at 11 a.m. in the George G. Bensing Funeral Home, Inc., 2165 Community Drive, Route 946, Village of Moorestown – Bath, PA 18014. Friends and relatives were invited to call on Saturday morning from 10 to 11 a.m. in the funeral home. Interment was private.

Contributions: In lieu of flowers, contributions may be offered in memory of Kathleen to the American Cancer Society, 3893 Adler Place, Suite 170, Bethlehem, PA 18017.

William Stahl, 70, of Bushkill Township, was stricken at home and passed away at St. Luke’s Hospital – Anderson on Tuesday, Oct. 23, 2018, surrounded by his loving family. He was the husband of Karen K. (Kuhlman) Stahl. Together they celebrated their 47th wedding anniversary on May 8. Born in Glendale, New York on July 20, 1948, he was the son of the late William and Bonnie (Hawn) Stahl. After graduating from Rudyard High School in Michigan, William honorably served in the United States Air Force during Vietnam. For more than 40 years, he worked as a truck driver for various transportation companies before retiring in 2011. A member and firefighter of Bushkill Township Volunteer Fire Co., William served as Chief Engineer and was a two-time award recipient of Firefighter of The Year. He also served as a Boy Scout Leader. He was a talented mechanic and known for being a “jack of all trades” who enjoyed helping others. Most importantly, William treasured time spent with his grandkids.

Survivors: In addition to his loving wife, Karen, he is survived by two sons, Harry Stahl, and Brian Stahl, Sr. and his wife, Patricia, both of Bushkill Township; five grandchildren, Michael, Nicholas, Anthony, Brian Jr., and Mark; a sister, Bonnie; two sisters-in-law, Beth Ellen Kaufman and her husband, Jeffrey, of New York, and Gail Kuhlman, of Tennessee; and two nieces.

Services: A Memorial Service in celebration of William’s life will be held on Thursday, Nov. 1, 2018, at 7 p.m. in the George G. Bensing Funeral Home, Inc., 2165 Community Drive, Route 946, Village of Moorestown – Bath, PA 18014. Friends and relatives are invited to call on Thursday evening from 6 to 7 p.m. in the funeral home. Interment will be private.

Howard Grant Rosell, “Big Al” or “Gummo,” 87, of Slatington, passed away on Friday, Oct. 26, 2018 in ManorCare, Bethlehem. He was the husband of the late Mary (Speck) Rosell. Born Aug. 28, 1931 on Otis Avenue, Tuckerton, NJ, he was a son of the late Harry Curlis and Greta (Grant) Rosell. His father was a charter boat captain. Howard attended 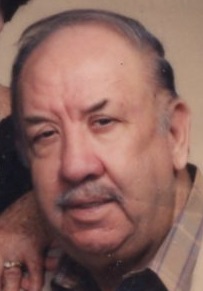 Tuckerton schools and graduated from Tuckerton High School, where he played basketball and baseball. He honorably served his country in the United States Navy and the NJ National Guard. Howard worked for Sun Oil in Chester, PA and retired from Congoleum Co. in 1993.

Private services are under the direction of the Reichel Funeral Home, Northampton. Online condolences may be submitted at www.reichelfuneralhome.com. Contributions: Memorials may be presented to Lehigh County Humane Society, 640 Dixon St., Allentown, PA 18103 in loving memory of Howard.