Accompanied by the Tri-Community Marching Band, members of the group said a prayer for veterans of the nation’s wars, praising them for their bravery in the fight for “freedom, democracy, and justice.”

They fought, “because it was the right thing to do,” they said.

The Gettysburg Address was also recited, followed by a 21-gun salute. The band performed “Taps” and “The Star Spangled Banner.”

Founded in 1745, Horner’s Cemetery is the oldest in Northampton County and provided a unique backdrop for one of the many services given over the weekend.

The service was conducted among 250 graves, many of them the graves of local Revolutionary War veterans and their families. One grave is that of Jane Rosbrugh. Her husband John was pastor of the church originally on the site. He was killed in the Revolution in 1777 and buried in Trenton. 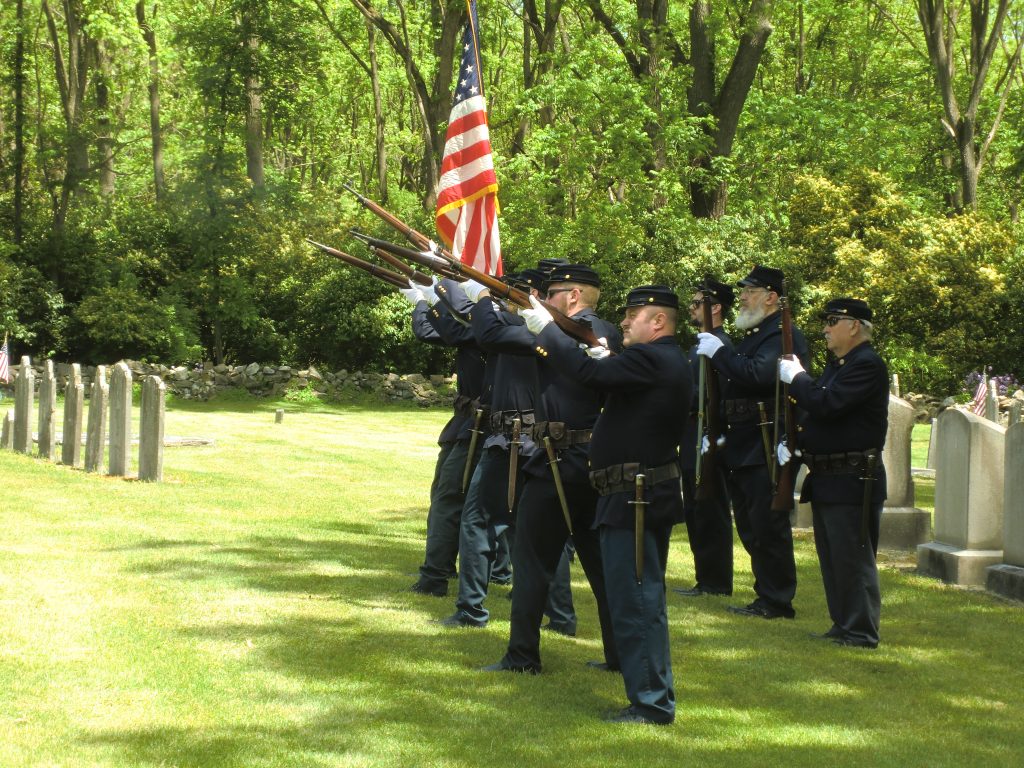 “Horner’s Cemetery Historical Society would like to thank the soldiers and the band for their services over the last two and a half days,” said Peggy Moser, head of the historical society and East Allen supervisor. 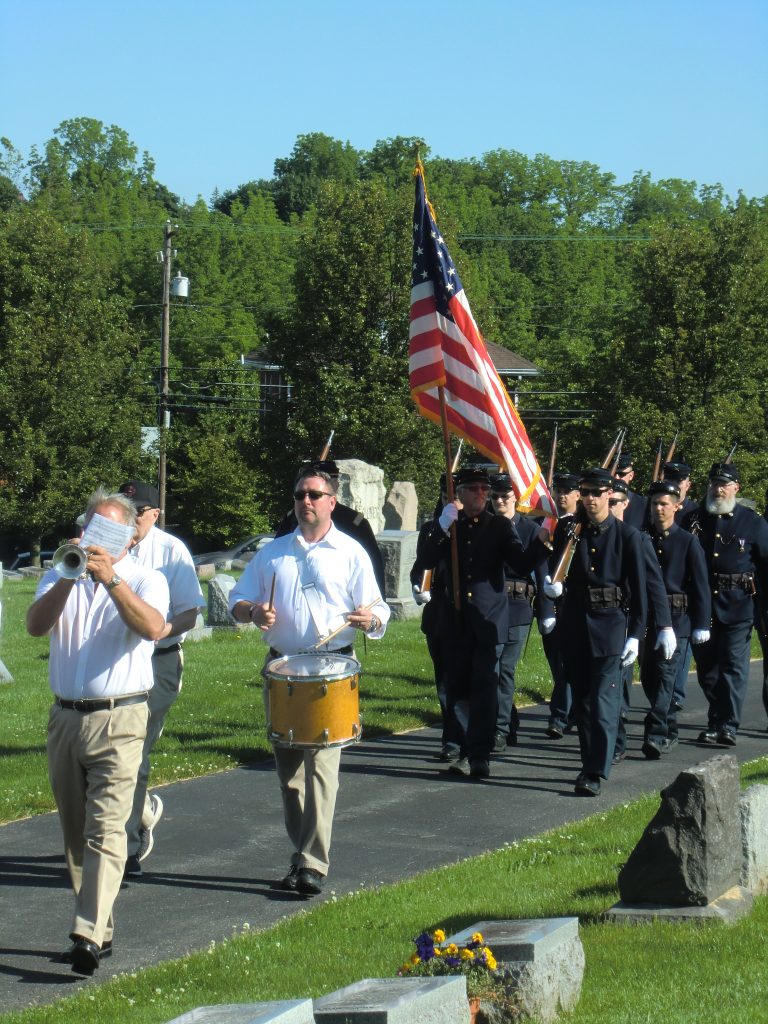 “You learn about the World Wars [in school]…facts and figures you have to learn for a test,” he said. “It does not sink in.”

He said it only sunk in during Operation Desert Storm, as he watched friends and colleagues go to war. It was around this time that he joined law enforcement.

“I have always viewed [the] military services as our brothers,” he said. “I have looked at them as our kin.”

“It is what makes our country unique…the fact that you have people willing to volunteer to serve our country,” he added.