From July 10 until July 13, the Northampton Exchange Club hosted its 39th annual Community Days Fair. There were plenty of rides, games, performances, and foods for the hundreds of children and adults alike who attended the summer tradition.

The fair kicked off on July 10 with Kids Night. The Lehigh Valley Zoo was in attendance, as were balloon artists and face painters. Children could also enjoy a puppet show presented by Wagstaff & Company.

Whether ride-goers liked spinning around or soaring high, there were plenty of rides to choose from, including mini coasters, giant slides, and favorites like the Starship 3000, the Sizzler, and the Teacups. 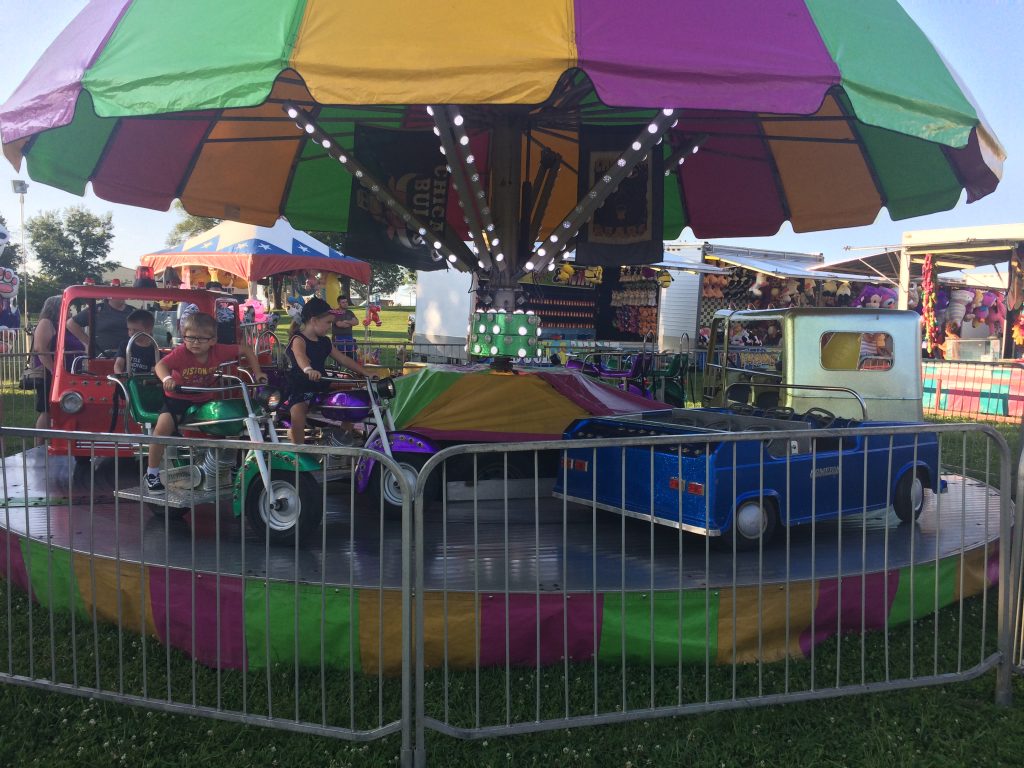 The evening of July 11 was cut short due to flash flooding, so the Veterans Night program was postponed until Friday, July 12. Several veterans from local American Legion posts were honored by State Representative Zachary Mako. July 12 also featured a performance by the Lucky 7 and bingo by the Bath Lions.

The fair proved to be a great stop for families hoping to eat out, with Philadelphia cheesesteaks, Geakers Tacos, homemade pierogis, hot dogs, and more.

The fair’s final day featured a car show, flea market, wiffle ball tournament, and hot dog eating contest, as well as performances by the Balancing Act Quartet, The Collective Band, and Flirtin’ with the Mob. A fireworks show brought the four-day event to a spectacular conclusion.