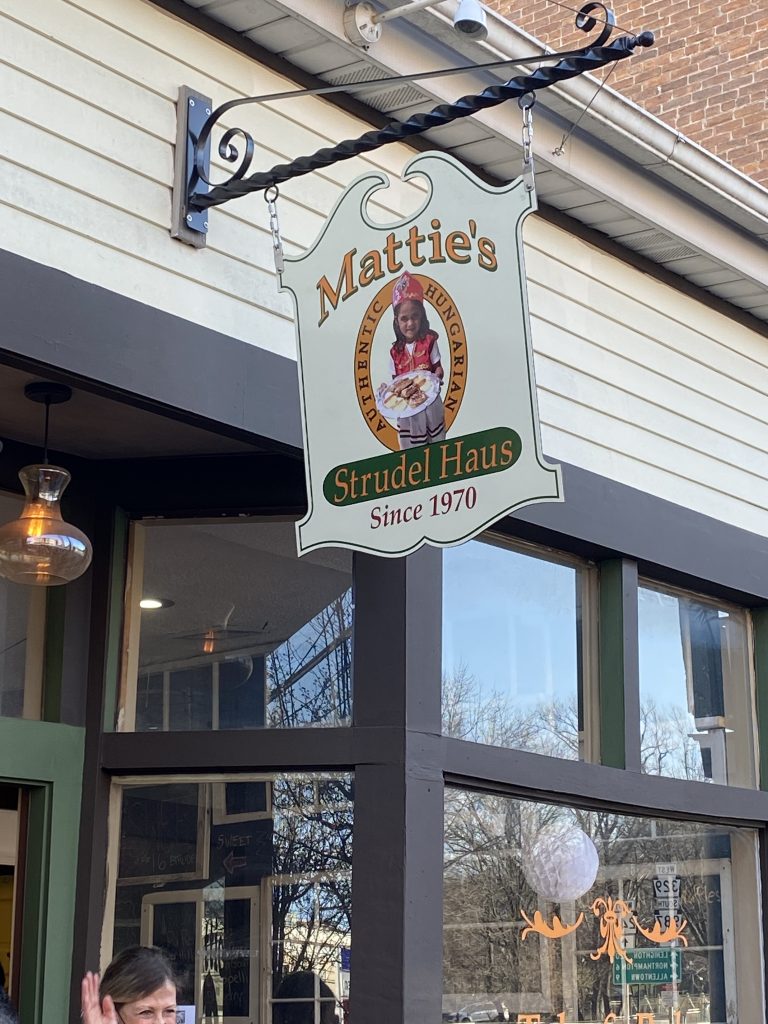 Mattie’s Strudel Haus, owned and operated by Kelly Vlasics, has been making mouths water for years. Now, they have their first official storefront in Bath so residents can pick up their favorite sweet or savory strudel any time of the year.

On Tuesday, April 6, the Greater Lehigh Valley Chamber of Commerce held a ribbon-cutting ceremony for the new West Main Street business. Dozens of residents, business owners, and local officials were present to celebrate this occasion, which has been several years in the making.

“I am very proud of Kelly and her persistence,” said Councilwoman Carol Bear-Heckman, who is also a board member on the Greater Bath Area Chamber of Commerce. “Her business is off to a great start.”

Bringing this new business to Bath was not without its struggles. Vlasics had previously attempted to open her location in Bushkill Township, but the contractor never requested a work permit or submitted the appropriate drawings. Vlasics didn’t give up and found the West Main Street location. However, serious building issues were never disclosed and another contractor failed to follow through on their promises. Then, a vehicle crashed into the front of the business. A little over a year later, COVID-19 shut down the world.

Despite all of these struggles, Vlasics was able to open in January of this year. It was the dedication of Vlasics and her husband, Tom, that made Tuesday’s celebration even sweeter.

Attendees drank local wine and sampled many of Mattie’s sweet and savory strudel flavors, including apple, cherry, cheesesteak, and even taco.

“It was love at first bite,” Lauren Bertucci, Manager of Affiliated Chambers, said of her first time trying Mattie’s Strudel Haus. “We could not be more excited.”

Vlasics and her husband are already active participants in both the Chamber and the Borough, hosting tastings and even participating in numerous local events.

“You have been a champion of the Chamber and a testament to what you are going to bring to the Borough and the Valley,” said Jessica O’Donnell, Executive Vice President of Affiliated Chambers. 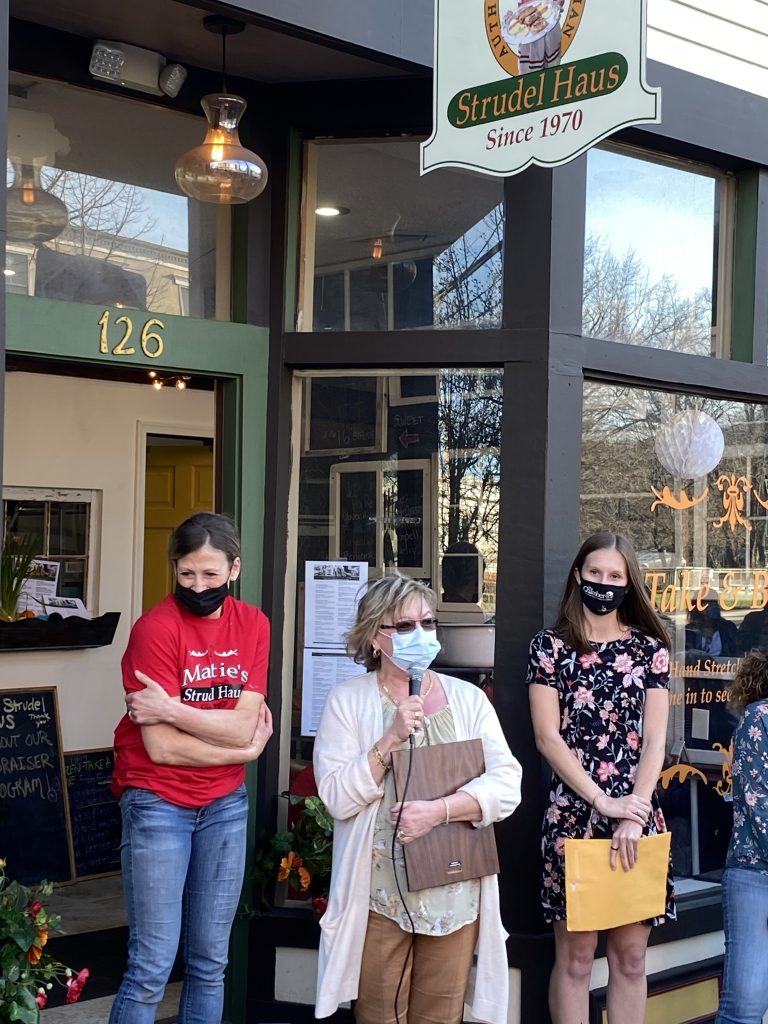 Bath Mayor Fiorella Mirabito presented Vlasics with a certificate of recognition, highlighting her excellence in renovation of the 100+-year-old building.

“I am incredibly proud of you,” Mayor Mirabito said to Vlasics. “It was a long road.”

Knowing what Vlasics and the business community has been through during the past year makes this celebration “a little extra special,” said Brian Fenstermaker, on behalf of Senator Scavello.

Mattie’s Strudel Haus, said Vlasics, is a family affair, one that has been inspired by her grandmother, Mattie, and her mother, Bonnie. Bonnie was present at the ribbon-cutting.

Mattie was also present, if not in person, in spirit.

“Mattie, if you could have met her, you would have known the heart of that woman,” Vlasics told the crowd. “That heart beats in this place….this is a place we can call home…our haus.”

And Vlasics had words of advice for every other business owner working hard to make their dream a reality.

“Any one of you can do this,” she said. “Just put your head in it, get that goal, and get to it…Live for your dream.”