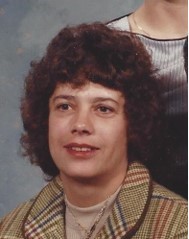 Helen E. Flyte, 79, of Bath, formerly of Pen Argyl, passed away at her home surrounded by love and family on Monday, April 18, 2022.  She was the wife of the late Donald R. Flyte, with whom she shared 31 years of marriage prior to his passing in 1999.  Born in Bushkill Township, she was a daughter of the late Albert F. Meyers, Sr. and Mildred (Heckman) Lahr, and stepdaughter of the late Charles W. Lahr.  She attended Northampton High School.  Helen worked in the cafeteria at Plainfield Elementary School where her friendly smile greeted students for several years, before retiring.  Prior to that, she worked at the former Pocono Shopper newspaper and at various blouse mills in the Slate Belt area.  She enjoyed fishing, but her passion was buying and selling antiques and her quest to find the next treasure while yard sailing.  Helen was a faithful member of Mountain View Wesleyan Church, Point Phillips.

Survivors: She is survived by daughter, Debra Sterner of Florida; stepdaughter, Tina Flyte of New Orleans; stepsons, Carson Flyte and wife, Debbie, of Pen Argyl, and Gary Flyte and wife, Marlene, of New Jersey; grandchildren, including Dylan and Sean who she raised; great-grandchildren; nieces and nephews.  In addition to her husband, Donald, she was predeceased by her brother, Albert F. Meyers, Jr.; and two sisters, Viola Hawk and Shirley Meyers, an infant.

Services: A graveside service was held on Thursday, April 21, 2022, at 3 p.m. in Wind Gap Cemetery, Plainfield Township.  Friends and relatives were invited to call on Thursday afternoon from 1 to 2 p.m. in the George G. Bensing Funeral Home, LLC, 2165 Community Drive, Route 946, in the Village of Moorestown – Bath, PA 18014.