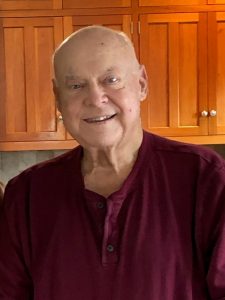 Bernard C. Flory, 75, of Pheasant Drive, Northampton, Moore Twp., died peacefully Saturday morning, Oct. 29, 2022, at St. Luke’s Hospital, Bethlehem. He was the husband of Linda E. (Remaly) Flory since July 26, 1997. Born in Allentown, he was the son of the late William E. and Elda M. (Hess) Flory. Bernard was president and CEO of Keystone Farm Credit, Shoemakersville, Berks County and also the Lehigh Valley Farm Credit, Fogelsville. Formerly, he was employed by Montgomery, Bucks Farm Bureau Credit Office Manager, AVCO Financial Services, Harrisburg, Reading, Allentown, and Lockhaven Branches. Bernard was a 1964 graduate of Northampton High School, and attended Waynesburg College, Greene County. An Army Veteran of Vietnam, he served with headquarters company, 8th army, Korea, and Vietnam, and achieved rank of SP5. Bernard was a member of St. Peter’s United Church of Christ, Seemsville, in which he served on church consistory. He was member and past president of the Upper Saucon Lions Club and a visiting veteran volunteer of the former Heartland Hospice. 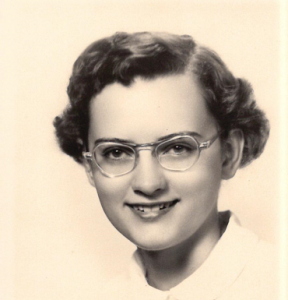 Virginia Ann “Ginny” Hower, 90, of Northampton, died on Oct. 28, 2022. Born in Northampton on April 16, 1932, she was the daughter of the late Earl W. and Marion I. (Fritzinger) Heckman. She was the loving wife of the late Warren H. ”Washy” Hower, who died in 1993. They met roller skating at Edgemont Park. Married on Oct. 16, 1954, at St. John’s UCC Church in Howertown where they were members. Ginny and Washy loved skating and dancing together.

Virginia was a former Sunday School Teacher and Girl Scout and Brownie Leader. A 1950 graduate of Northampton High School, she played the clarinet in the band and orchestra and also served on the Yearbook staff. She was employed as an office worker at Kinzel’s Appliance Store in Northampton, a typist at PP&L and cafeteria cashier and custodian in the Northampton Area School District.

She was an avid reader and writer and enjoyed completing crossword puzzles and watching collegiate girls’ basketball games. She was passionate about the flowers, birds and deer in her backyard. Ginny enjoyed the special trips to the Philadelphia Flower Show, Niagara Falls and the Pennsylvania Grand Canyon in Wellsboro. She enjoyed classical music and the arts. Ginny was particularly impressed when her son, Jay, took her to New York to see the Phantom of the Opera. She shared many fond memories of trips with her grandmother, Ida Fritzinger, who took her by train to New York where she enjoyed watching for the Statue of Liberty and also viewing many performances at Rockefeller Center. Most of all she loved spending time with her beloved children and grandchildren, especially in the mountains of Tioga and Potter counties. Her children have fond memories of the many play dates she hosted with plenty of refreshments for the neighborhood children during the summer months. Ginny enjoyed family picnics in the backyard, with croquet, bocce, and softball games, and her favorites … teaberry ice cream and lemon meringue pie. Her husband, Warren, used to tease her that she had a “homing pigeon” in her because she enjoyed having children around and having picnics in their backyard. Most of all, Ginny loved her husband, Warren, and her children, grandchildren and great-grandchildren.  Those who truly got to know Ginny knew she was a good friend to all.

In addition to her husband and parents, she was preceded in death by her daughter, Jane Litwin; son-in-law, Charles Litwin; and brother, Donald Heckman; and sister, Carol (Heckman) Luther.

A funeral service will be at 11 a.m. on Thursday, November 3, at St. John’s UCC Howertown, 22 Atlas Rd., Northampton with Pastor Martin Nuscher officiating. The family will receive friends from 10 a.m. up to the time of service. Interment will follow at Greenwood Cemetery Howertown, PA.

In lieu of flowers, contributions can be made to St. John’s UCC Howertown, 22 Atlas Rd., Northampton or a charity of your choice. Schisler Funeral Home, Northampton, PA, 18067 has been entrusted with her care and services.

Stephen A. Micio, 60, of Gilbert, Arizona, passed away unexpectedly on Wednesday, Oct. 12, 2022, at Dignity Health Mercy Gilbert Medical Center in Gilbert, AZ, where he was surrounded by family and donated his organs so that others may live. He was the husband of Marisa (Johnson) Micio. Stephen and Marisa would have been married 30 years on November 21.  Born in Allentown, Pa., he was a son of Peggy (Napravnik) Derhammer and stepson of Gordon Derhammer, and son of Stephen J. Micio, wife Simona, all of Moore Township. Upon graduating from Northampton Area High School in 1980, Stephen enlisted in the United States Air Force and honorably served with the 4th Combat Support Group as a weapons control systems mechanic from 1980 to 1984. He was employed at LMG, Inc. in Las Vegas, NV, where he was a senior engineer for more than 20 years.

Survivors: In addition to his wife, Marisa, and his parents, Stephen will be lovingly remembered and deeply missed by his three children, Laura Micio Tucker and husband, Micah, of Nazareth, Charles Johnson “C.J.” Micio of Gilbert, AZ, and Lexie Micio and fiancé, Jace Miller, of Casa Grande, AZ; four grandchildren, Sadie, Bridgette, Carson and Reilly; a sister, Susan Jane Micio; a stepsister, Beth Sloan and husband, Bruce, of Schnecksville; nieces and nephews; cousins; aunts and uncles. Stephen was predeceased by his brother, Charles T. “Chuck” Micio; and a stepsister, Kathy Derhammer.

Services: A graveside service with Military Honors will be held on Thursday, Nov. 3, 2022, at noon in Holy Saviour Cemetery, Bethlehem. Arrangements are under the care and direction of the George G. Bensing Funeral Home, LLC, in the Village of Moorestown – Bath.

Contributions: In lieu of flowers, memorial contributions may be offered to donatelife.net and/or liveonaz.org. 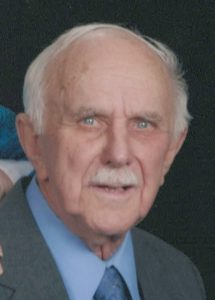 Harold H. Newton, Sr., 98, formerly of Bath, passed away on Monday, Oct. 31, 2022 at Fellowship Community, Whitehall, Pa., where he was currently residing. Born on Oct. 25, 1924, in Nazareth, Pa., he was the son of the late Harry S. and Hilda E. (Pfeil) Newton. Harold was the husband of the late Rose M. (Pfeiffer) Newton, with whom he shared 70 years of marriage prior to her passing in 2017. He honorably served in the U. S. Army during WW II, under General George Patton in the 702 Tank Battalion, which was involved in the liberation of Bastogne and the Battle of the Bulge. Harold enjoyed his career working as an electrician for Keystone Cement Co., in Bath, for 41 years until retiring. He was a longtime member of the Bible Fellowship churches.

Survivors: Son, Bud Newton and his wife Cheri; two daughters, Jodie Laury and her husband, Dave, Lori Gilbert and her husband, Rodger; five grandchildren, Jason Newton, Amanda Dreisbach, Nicole Paulus, Lindsay Newton, and Katelyn Laury along with their spouses; five great-grandchildren, Cole, Blake, Bryce, Princeton, and Brody. He was preceded in death by a brother, John, and a sister, Harriet.

Services: Family and friends are invited to a graveside service at 11 a.m., Friday, Nov. 4, 2022 at Green Mount Cemetery, Broad and Penn Streets, Bath, Pa. There will be no calling hours. Arrangements have been entrusted to the Bartholomew Funeral Home, Bath.