Dr. Angelo “Doc” Ca- vallo, 79, of Point Phillip passed away on April 20 at his home, surrounded

by his family. Born in Easton, he was a son of the late Lucy (Galante) and George Ca- vallo who moved the family to Phillipsburg, NJ in 1942. He was the husband of Lynne (Buchman) with whom he would have celebrated 11 yrs of marriage with next month, and who nurtured and cared for him during his coura- geous battle with cancer. Angelo was a 1953 graduate of Phillipsburg HS where he was on the wrestling, football, and baseball teams. He then attended the Palmer School of Chiropractic, graduating in 1957. His first two profession- al years were spent working with his brother John, he then moved to Bath to start his own practice. Doc spent his entire career caring for the people of Bath until retiring in 2009. He was a member of Trin- ity EC Church in Berlinsville. Angelo was a lifetime mem- ber of the Point Phillip Rod & Gun Club, the NRA, and the North American Hunting Club. He was the founder of Doc’s Jocs softball team, and played on the dart team for St. John’s Lutheran church in Bath. He will be remembered for his love of life and the joys of having family and friends to enjoy it with, and most certainly for his jokes.

Services: Viewings to be held on Tuesday from 5:30 to 8 PM, and on Wednesday from 9 AM till time of service at 10:30, all at Weber Funeral Home, 1619 Hamilton St. Al- lentown. Online condolences can be made at weberfuneralhomes.com.

Eileen Marie Causerano, 61, of Northampton died Monday, April 22 at home. She was the wife of Victor Causerano.

A 1969 graduate of Northampton High School, she received her Associates Degree in nursing from Northampton Community College. She worked at Gracedale for many years, retiring as a day shift supervisor.

Born Dec. 8, 1951, she was a daughter of Dolores (Edelman) Hoppes of Northampton and the late James Hoppes, Sr.

In addition to her husband and mother, she is survived by two sisters, Charmaine Magnuszewski of Northamptoin and Valerie Madea of Northampton; two brothers, James Hoppes, Jr. of Northampton and Rodney Hoppes of Walnutport; six nephews; three nieces, four great-nieces and one great-nephew.

Services will be private as arranged by the Reichel Funeral Home, Northampton.

Memorial donations may be made to the Northampton Borough Animal Shelter, c/o the funeral home at 326 E. 21st St., Northampton, PA 18067.

Helen I. Dietterich, 81, of Nazareth, formerly of Jacktown, died Thursday, April 2 5 in the VNA Hospice House of St. Luke’s in Lower Saucon Township. She was the wife of the late Clarence O. “Budd” Dietterich.

She was employed in the garment industry at various mills in the Bangor area before retiring and was a member of the International Ladies’ Garment Workers’ Union.

Born May 8, 1931 in Upper Mount Bethel Township, she was a daughter of the late John and Carrie (Young) Hahn.

She was a member of El Shaddai Assembly of God Church, Nazareth, where she and her husband celebrated their 50th wedding anniversary by renewing their vows.

Surviving are a daughter, Bonnie L. Evans, of Phoenix, Arizona; three sons, Dennis D. of Easton, Jonathan L. of Bangor, and Neil J. of Slatedale; 16 grandchildren; 14 great-grandchildren; a brother, John Hahn, of Bangor; and a niece.

Preceding her in death was a son, Clarence H. “Buddy” Dietterich. 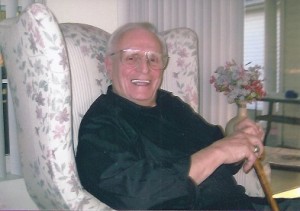 F. Gene Gaynor, 89, of Moore Township, formerly of Roslyn Heights, Long Island, New York, passed away on Thursday, April 25, 2013 at his residence.  He was the husband of Lee (Belotte) Gaynor.  They would have celebrated their 64th wedding anniversary on August 6.  Born in Brooklyn, New York on July 15, 1923, he was the son of Giovanetti and Sophie (Buono) Gaynor.  Following his high school graduation, Gene honorably served in the United States Marine Corp. during World War II and was awarded a Purple Heart.  He later attended college and went on to enjoyed a successful career in the advertising and mail order business, where he worked for more than 40 years before retiring.  Gene was of the Catholic faith.  Survivors: in addition to his wife, Lee, he is survived by his daughter, Dana.  He was preceded in death by his son, Gene R. Gaynor on June 09, 2012.  Services: will be private, at the convenience of the family.  There will be no calling hours.  Arrangements have been entrusted to the George G. Bensing Funeral Home, Inc., Moorestown – Bath.

A graduate of Nazareth High School, she was employed in various capacities earlier.

Born Sept. 21, 1934 in Nazareth, she was a daughter of the late Virgil and Verna Jones.

She was a member and volunteer of Grace Lutheran Church in Belfast.

In addition to her husband, she is survived by a daughter, Cheryl; two grandchildren; a sister, Janet Rice; and three brothers, Gerald, Bruce, and Jake Jones; several nieces and nephews and several great-nieces and great-nephews.

Funeral services were held on Monday morning in Grace Lutheran Church with The Rev. Jeffrey J. Butz officiating. Burial was in Belfast Union Cemetery. Arrangements were by the Schmidt Funeral Home, Nazareth.

Thomas L. Miller, 53, of Walnutport died Thursday, April 25. He was the husband of Peggy A. (Keiper) Miller.

He was employed by Allentech, Inc., where he worked as a fabricator.

Besides his wife and parents, he is survived by a daughter, Tia J. Miller; two brothers, William of Allentown and Richard of Walnutport; three sisters, Judy Nochton, Mary Schmoyer, and Tamissa Seier, all off the Northampton area; and many nieces and nephews.

Preceding him in death was a brother, James Miller, and a sister, June Ann  Schafer.