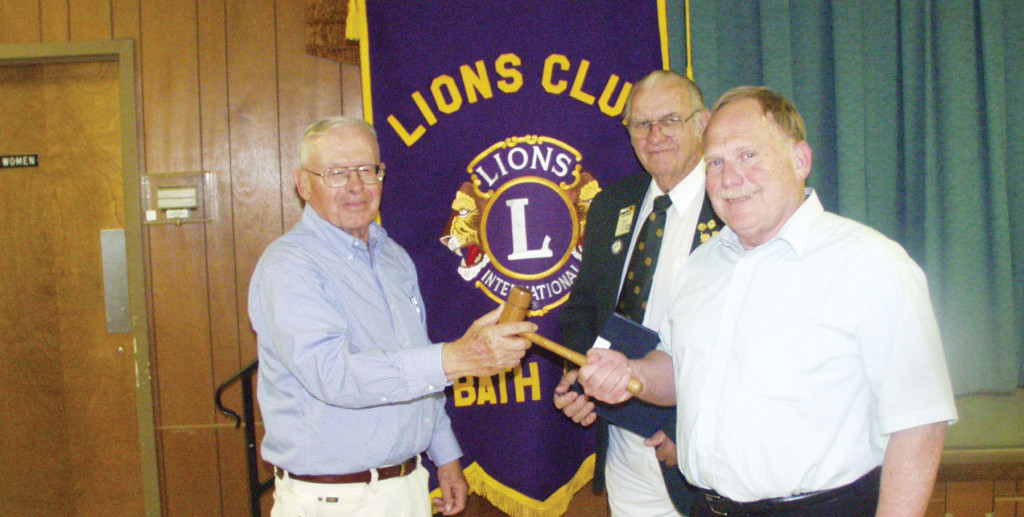 Newly elected officers of the Bath Lions Club were installed this past Wednesday at their dinner meeting in the fellowship hall of St. John’s Lutheran Church. Officiating at the installation was past District Governor Glen Santee of Allentown, a member of the Mountainville Lions Club.

The club awarded a $250 memorial scholarship to a graduating senior from Northampton Area High School, Vasil Hlinka. The commencement was held on June 7 at Stabler Arena in Bethlehem. The scholarships have been given for many years as a memorial to Bath Lion Willard “Chickie” Haidle.

This coming Saturday, June 14, the club will have a pancake breakfast fund-raiser at Applebee’s, 3702 Easton-Nazareth Hwy. from 8 to 10 a.m. The Applebee’s staff will prepare the breakfast and the Bath Lions will serve it. Tickets are available from the Lions or at the door for adults, $7.00 and children under 12, $4.00. Troop 33 Boy Scouts will also be selling American flags at the breakfast.

On August 20, the Bath Lions will make a visitation to the West Penn Township Lions in Schuylkill County.

At their last meeting, Robert Schardt of the Phoenix Midtown Lions Club in Arizona was welcomed as a guest.

President Jack Metcalf noted that on their recent Adopt-a-Highway litter drive, 12 bags of trash were picked up by 11 Lions and members of Troop 33 along Rt. 512.

Two bingo events the Bath Lions will have this summer will be on July 9 to 12 at the Northampton Community Fair, and August 13 to 16 at the Muhlenberg Hospital Festival in Bethlehem.