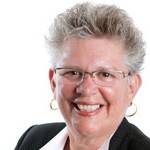 When I coached seven-year-olds, I remember there was rarely a kid on the team who could hit a HOME RUN. And if they did, it was because the outfield was picking daisies or talking to another player or maybe, in my case, the center fielder ran off the field in the middle of a play to hit the boy’s room.

Just like a seven-year-old, in business, sometimes your players don’t have their eyes on the ball and even though you wish and hope for a HOME RUN, it’s not coming because no one is paying attention to the possibility .

Here are 7 ideas for hitting the HOME RUN:

1. Keep your staff focused on the ultimate goal. Remind them weekly.

2. Put ‘Extreme Customer Service’ at the top of the list; you could get an unexpected HOME RUN with this one.

3. Let your staff know clearly what a HOME RUN means for the biz.

4. Don’t forget to bring the peanuts, popcorn, and crackerjack when you see the staff running to second base.

5. Don’t criticize when your staff strikes out; encourage and inspire.

6. Keep up the team spirit; create it and celebrate it.

7. Celebrate the HOME RUN; you don’t have to pour champagne over anyone’s head, but you sure can pop the cork and serve up some mighty fine Ball Park franks. 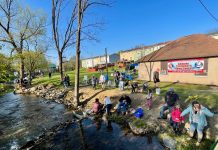