We are in playoff gear now for Nazareth winter sports teams. The Nazareth Girls Basketball team played Northampton at Allen High School on February 23 in the District XI Semifinal and won 51-41. Later the girls played Pottsville back at Allen High School for the District Championship on February 26 and won 35-34. They won back to back championships and will start the PIAA State Tournament on March 4 at 7:30 p.m. at Pleasant Valley High School, where they will play Constoga in the first round of States.

This past weekend, the Nazareth Wrestling Team participated in the District XI Tournament at Liberty High School and came away with eight wrestlers who will be in the Northeast Regionals, held at Liberty High School on March 4 and 5. The action will begin at 4:30 p.m. and Quarterfinals at 6:30 p.m. on Friday night. The action for Saturday, March 5 will start at 9:30 a.m., Semifinals will start at 11 a.m., then the Parade of Champions at 4:50 p.m. with the Championships scheduled for 5 p.m.

The Nazareth Competition Cheerleaders were in Ocean City this past weekend and placed fourth, great job ladies! The Nazareth Swimmers participated in their District XI Swimming Championships this past weekend at Emmaus High School. A big congratulation is due to Steven Stasolla as he is the 2016 district champion. Tune in next week to find out more Blue Eagles Sports as spring sports starts March 7.

Board of Supervisors hold reorganization meeting and discuss short-term rentals 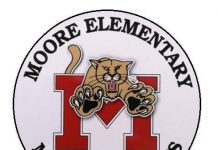