Mr. Mike Newhall graduated from Liberty High School in 1975. He recalled, “I especially enjoyed a new course as computers became part of the curriculum.” 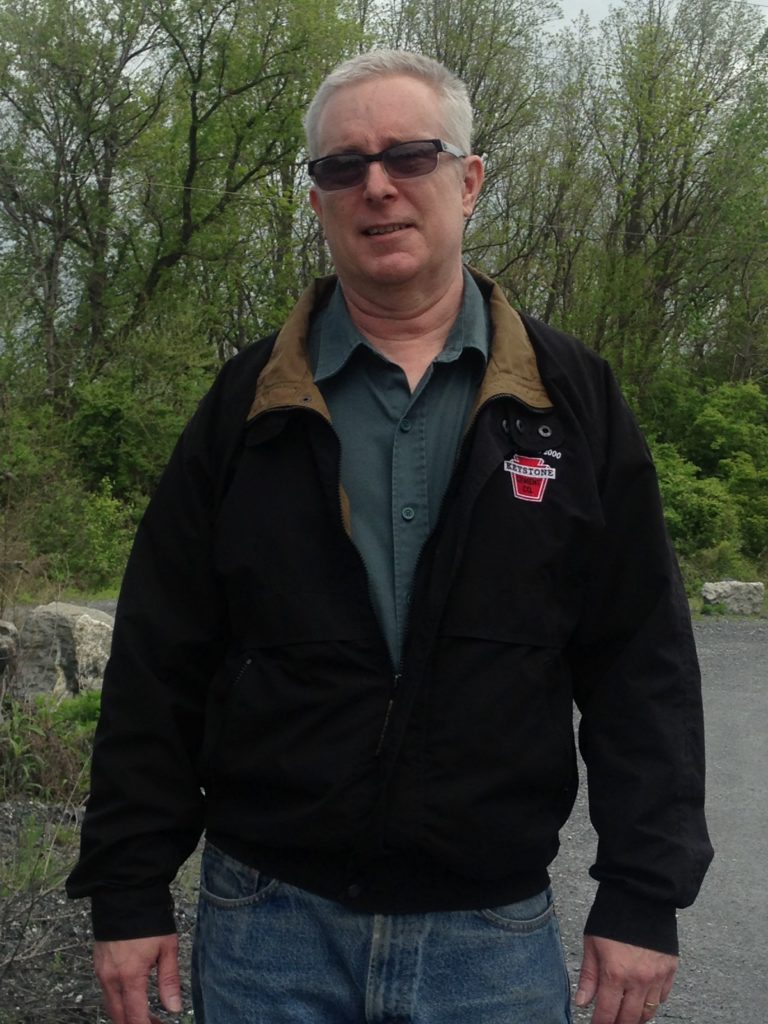 The young graduate started at the Keystone Cement Co. in the laboratory as summer help. He said, “I worked with Al Brobst and Ernie Jacoby, old timers who taught me laboratory procedures.”

This led to a full time position in 1978 as a mix chemist, later progressing to assistant physical tester. In 1988 Mike was promoted to physical tester. He said, “We conduct numerous tests determining the strength and quality of our cement. We produce seven different types of cement; Type #1 Portland cement being our major product.”

The lab follows the Bible of cement testing- the ASTM manual that lists all procedures followed in the cement industry. The lab staff is a very knowledgeable and productive team with Jamie Messler, Kim Kurdis, Larry Wilt, Russ Harris, Stephen Godshalk, Gail Schlichting and Michael. Mike said, “It’s a joy to work with these people. In my 38 years, I have seen many people come and go. Our team is composed of many fine people whose goal is to produce a quality product for our customers.”

In his 38 years he has conducted thousands of tests and has adapted to various test changes. Results are listed on a database. Each month he forwards reports to the transportation departments in Pennsylvania, New York, Delaware and Ohio where much of Keystone cement is sold. Mike remains optimistic on cement’s future.

He is married to the former Analita Manabat and is proud of daughter Kim and son Shane. The friendly couple resides in Bath. Mr. Newhall has seen many changes in the industry and is a friendly gentleman. Mike is a dedicated and humble cement worker. We wish Mr. Newhall and all our friends at Keystone a safe and productive year.