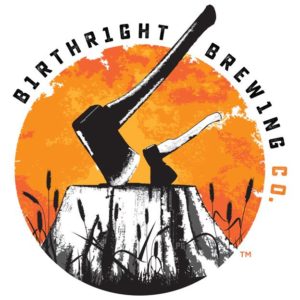 Nazareth residents could soon be able to enjoy a cold beer right along Main Street, as a 4,700 square foot craft brewery is all but certain to grace the street within the coming months.

Nazareth Downtown Coordinator Stephanie Varone announced that she has recruited a second brew pub into the borough at borough council’s July 5 business meeting. The tenant, Wayne Milford, signed a seven-year lease and plans to open it up on Main Street by September.

The brewery, Birthright Brewing Company, will be at 57 S. Main St., at the location of the former Nazareth Run Inn. The craft brewery will be headed by Milford, who has previous experience in the craft brewery business which has led him to a multitude of different places, according to Varone.

Vacationers may have visited another Milford-inspired location, as Milford was the head brewer at Dogfish Head Brewing & Eats in Rehoboth Beach, Delaware.

“He has built the Dogfish brew pub in Rehoboth, he has built brew pubs in Cancun… He knows what he’s doing,” Varone said.

Varone said that while the craft brewery will not be a full restaurant, it will have a pizza oven to provide visitors with a diverse selection of items, from pizzas to sandwiches.

“Even though it’s a microbrewery, he will still serve food, and it’s a really great menu. I’ve seen it, I’ve worked on it with him. I couldn’t be more excited,” she said.

Birthright Brewing will be open by September, Varone told council.

Varone said this is the seventh business she’s recruited onto Main Street as downtown coordinator, which has resulted in $297,000 in revenue from closed leases, and $2,067,000 in total revenue for the borough in three years.

In other business, leaders of three Nazareth Borough first response departments were honored for their leadership at the meeting, marking positive improvements among the borough’s services.

“Stars for Heroes” awards were given to Police Commissioner Randall Miller, Fire Chief John Deutsch, and Ambulance Director Jennifer McCloskey. The patriotic mementos given out are commemorative stars taken from American flags that are no longer able to be flown. They were presented by a representative from the organization, who noted that Stars for Heroes has previously recognized a local resident for their service.

Keeping with the theme of first responders and emergency personnel, Mayor John Samus swore in Joe Ianovale as 2nd Assistant Fire Chief, and council made a motion approving Ianovale for the position.

Nazareth Borough Council will next meet on Thursday, August 3 for a workshop meeting at 6 p.m.