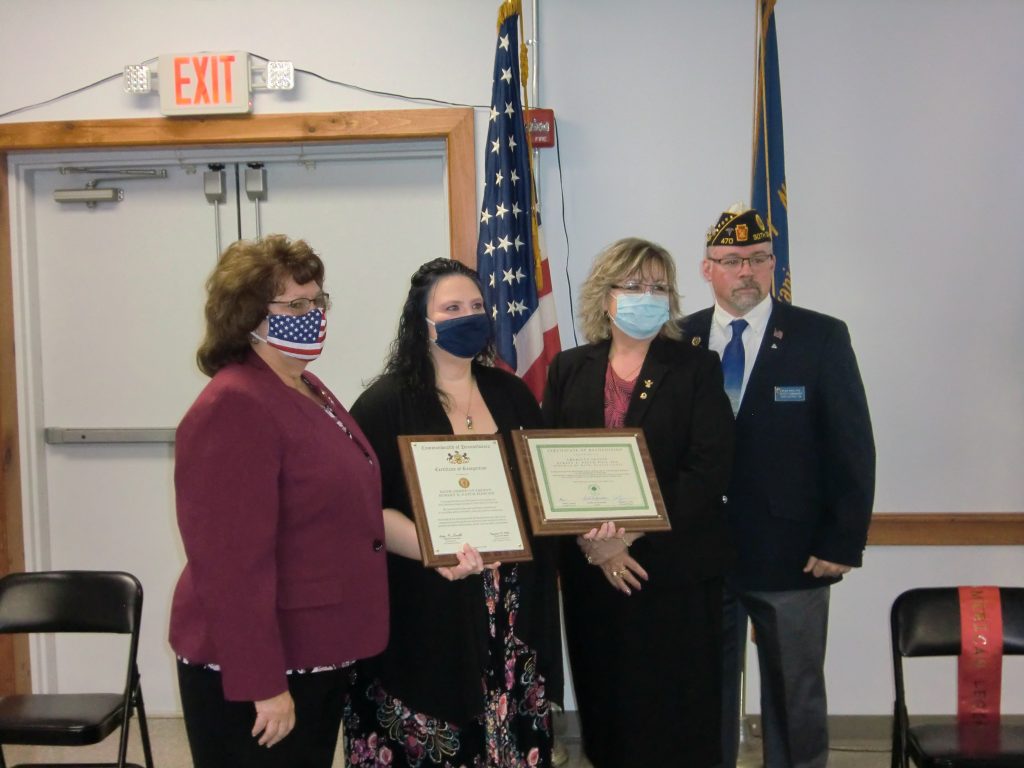 After more than two years of planning and fundraising and months of construction, Bath American Legion Eckley E. Patch Post 470 reopened to members with a new bar and new social hall.

“Today has been a long time coming,” said Commander Brian Radcliffe during the November 14 grand reopening celebration. COVID-19 had delayed construction and the reopening, but now members finally had the chance to see all that the legion had worked toward.

Several past commanders of the post were also in attendance.

“Your past leadership and guidance have helped shape us,” Radcliffe told them. “We are the American Legion family…without you, we would not be here today for this celebration.”

“It is great to be able to come back so many years later and make an impact,” Jerdon said.

Radcliffe honored him with a 2020-2021 legion membership.

Also honored were the legion’s dedicated volunteers who spent years raising money to make the renovations possible. Vicki Hahn and Paulette Fritz were awarded the American Legion Certificate of Appreciation for hosting “fundraiser after fundraiser,” from basket socials to clam nights.

“They were a driving force,” said Radcliffe. “They gave members of the community the chance to win great prizes, eat, and socialize.”

One final phase of the construction is left to complete, including updates to the kitchen. Until then, members can enjoy the new bar and social hall and know they helped play a part in making them possible.