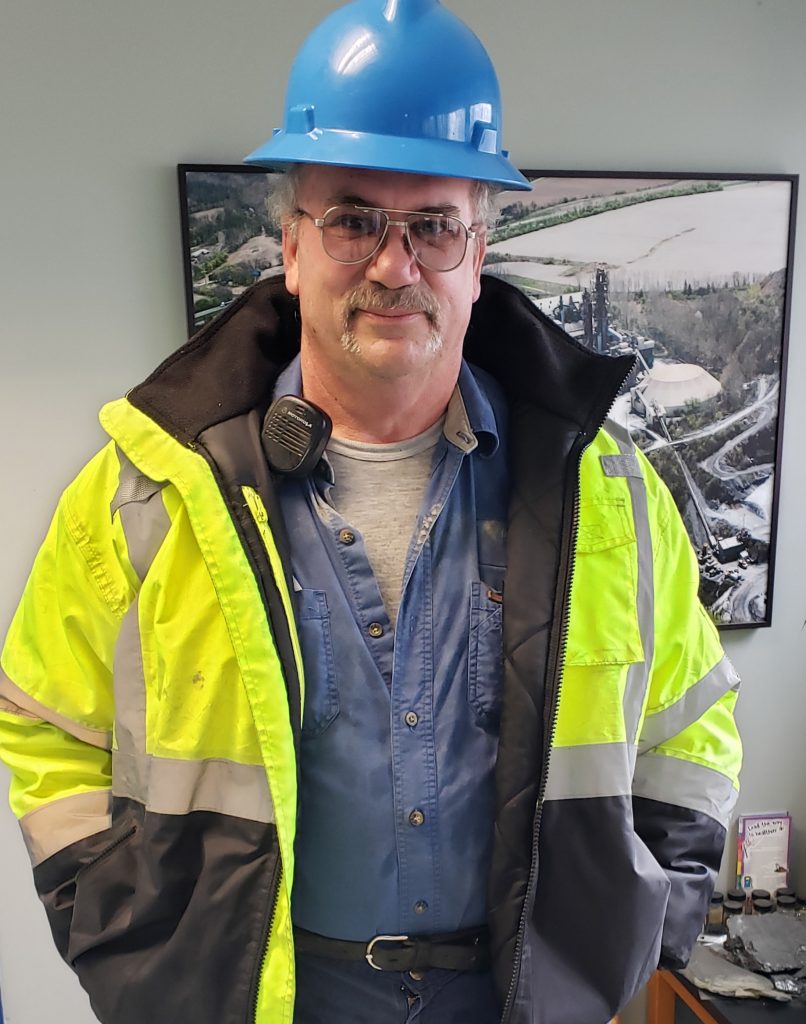 Mr. Lynn Landis was raised in Moore Township, graduating from Northampton High School and VoTech in 1974, where he majored in automobile mechanics. Lynn was also a fine student of this writer. His first job was at Harry’s Exxon, in Bath, earning $3.75 an hour and later at Krocks Garage for $4.10 an hour.

Lynn continues his cement career today at Buzzi Unicem in Stockertown, starting as a shift foreman and then being promoted to packhouse supervisor.

He said, “Cement has been in our blood. My father, brother, cousins and uncles have logged over 180 years in the industry.”

As packhouse supervisor, he said, “We have a team of good men loading cement around the clock, shipping quality cement not only in Pennsylvania but to New York, New Jersey, Connecticut, Delaware and Maryland. From a youth, I always enjoyed working with equipment.”

Mr. Landis and his team face many challenges operating the packhouse in a safe and efficient manner. MSHA, a federal agency, and the EPA conduct thorough inspections of the plant twice annually. MSHA checks can take three weeks. Each Monday morning, a “toolbox,” or safety meeting, takes place in the packhouse to update the men on safety practices.

Lynn and his brother Garry still operate the family farm. Farming has been an important part of the family’s life.

As Mr. Landis contemplates retirement, he said, “I make a good living, and cement has given my family a good life.”

Mr. Landis has a great work ethic; he has worked two jobs most of his life. A friendly gentleman, Lynn is truly a dedicated employer at the plant and on the farm. He is married to the former Nancy Jenkins for 25 years. They are proud of daughter Beth Waselus, who is employed in the environmental unit at Keystone Cement. The friendly couple resides in Moore Township.

We wish all our friends at Buzzi Unicem a safe and prosperous 2021.