The Uptown Northampton Street Fair, hosted by the Northampton Area Chamber of Commerce, made a triumphant return on Saturday, May 22, after COVID-19 canceled the popular event in 2020. Over 80 vendors lined Main Street from 21st Street to 17th Street. With over four blocks of live music, food, and local vendors, each member of the family could find something to enjoy.

“We are so excited to be able to host this event for the community,” said Jessica O’Donnell, Executive Vice President of Affiliated Chambers. This is the 31st year of the event.

This event is the chance for the community to “come together and celebrate everything we have been through,” she added.

Popular local food trucks like Fancy Funnels, Donut NV, and Bananarama set up shop, along with other vendors selling everything from homemade pierogies and sandwiches to smoothies and kettle corn.

Shoppers could browse the booths of local crafters selling handmade jewelry, purses, accessories, wreaths, soaps, lotions, cards, and birdhouses. With graduation season and Father’s Day right around the corner, many shoppers were picking out one-of-a-kind gifts for loved ones, while others were simply looking forward to a much-needed shopping spree after a year inside. 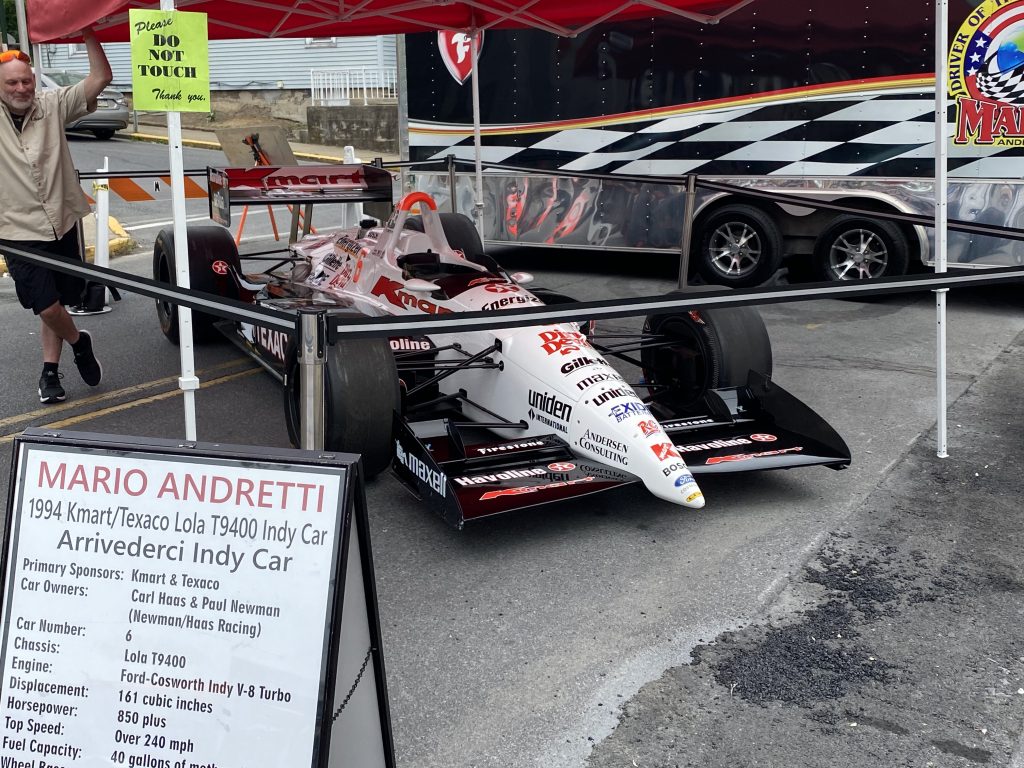 Andretti’s Indy race car was on display and speakers were there to give background on the car and Andretti’s career. 3D Dance and Elite Mixed Martial Arts gave demonstrations, along with performances by musicians Kendal Conrad and Chasing Daylight. The event was Chasing Daylight’s first live performance since the shutdown started in spring 2020.

“Northampton is open for business again, inside and out,” said Street Fair Chairman Tony Pristash. “We are ecstatic about the turnout and enthusiasm for this long-overdue street fair…People have been very, very glad to be out.”

Saturday’s street fair was just a sneak peek of what’s to come later this fall. The Uptown Northampton Street Fair will be back on September 11 (the event is typically held in September). O’Donnell said there are ceremonies planned to honor the victims of the September 11th terrorist attack on its 20th anniversary. There are also over 100 vendors scheduled to attend.

“We did not know where we’d be in September,” said O’Donnell. “But we are ready to ramp it up again!”