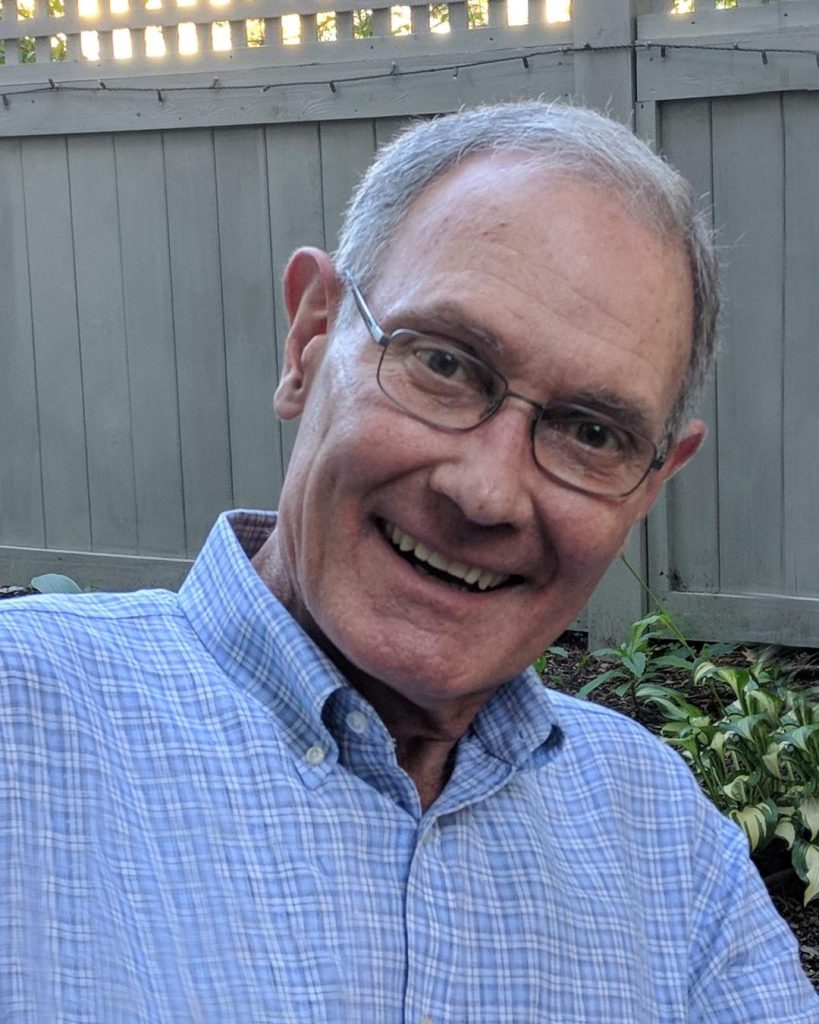 Brian Houser Rehrig, age 67, passed away the morning of Jan. 21, 2022, at home after a long illness. He spent his last days surrounded by loved ones; listening to Bach, showtunes, and James Taylor; and wearing tee shirts from political campaigns: in other words, as he lived.  Brian was born Oct. 24, 1954 to Marjorie and Carl Rehrig and grew up in Bath, Pa., attending Northampton High School. He went on to MIT, where he intended to major in Mechanical Engineering in pursuit of a career building pipe organs, but graduated with a BS in Economics in 1975. He was involved with MIT’s Glee Club, Drama Guild, and newspaper The Tech. It is in Boston that he met Sheila (Duffy) Rehrig, his beloved wife of 45 years, through the city’s musical theatre scene.  He spent a 37-year career in investment and commercial property management for a family office, Renco Management. As part of this role, Brian’s true professional passion was his position as Executive Director of the Fields Pond Foundation, a grantmaker focused on land and river conservation. This allowed for his favorite professional perk: taking “business hikes.”  Brian loved nature, and protecting open spaces for recreational use. His favorite spots included the White Mountains, especially Franconia Ridge. He was a founding board member of the Arlington Land Trust, acting as Treasurer for over 20 years. He was particularly proud of his work on the Campaign to Protect Elizabeth Island, and the ongoing efforts to preserve open space and wetlands at the Mugar property in Arlington. In 2021 he was appointed as an inaugural member of the Massachusetts Land Trust Coalition’s Conservation Advisory Council, a group of leaders in land protection issues in the state.  He loved music and theatre: Brian was a gifted pianist and an accomplished music director and sound designer for community theaters across the region. He was particularly involved with Arlington Friends of the Drama, where he served as the investment committee chair for 25 years, was sound chair, and volunteered in countless other ways. In recognition of his contributions, in 2008 he was awarded a lifetime achievement award by the organization. He had a warm baritone voice and participated in the Berkshire Choral Festival for several years.  Brian was deeply committed to his local community in Arlington, serving as an elected Town Meeting Member for over thirty years, as Vice Chair of The Symmes Advisory Committee, as Vice Chair of the Capital Planning Committee, and on the Arlington High School Building Committee. He played a key role in many local and state political campaigns, inspiring and encouraging candidates to run for office. He was sought after for his unwavering support and his expertise at understanding and managing campaign data.

Brian leaves behind countless friends and a family that will love him forever, including mother Marjorie; wife Sheila; daughter Jenna and her partner Adric Giles; and son Matthew, daughter-in-law Anna Bishop Rehrig, and granddaughters Elise and Nina. He is preceded in death by his father Carl.

A memorial ceremony celebrating Brian’s life will be scheduled for spring 2022. Interment will be private. In lieu of flowers, Brian has requested donations to the Arlington Land Trust’s Mugar Protection Fund. Memorial contributions may also be sent to Christ Church of Bath, 109 S. Chestnut St. Bath, PA 18014 or to the Bath Area Food Bank, 206 E. Main St., Bath, PA 18014. Information on memorial planning, donations, and space to share memories are available via rehrigs.com.

Sidney T. Gergar, Sr., 78, of Walnutport, passed away on Thursday, Jan. 20, 2022 at his residence.  Born on Jan. 12, 1944, in Bethlehem, Pa., he was the son of the late Frank and Jane D. (Blair) Gergar.  Sid was the husband of Hannah M. (Miller) Gergar. They were together for a total of 31 years and observed their 18th wedding anniversary last July.  Sid was the proud owner and operator of STG Towing and Radiator Repair Co. for many years, until retiring.  He was also a former Animal Control Officer in Moore Township and Bath. Sid was a loving husband and father and he will be missed by many family and friends.

A Celebration of Life with family and friends will be announced at a later date. Arrangements have been entrusted to the Bartholomew Funeral Home, Bath.