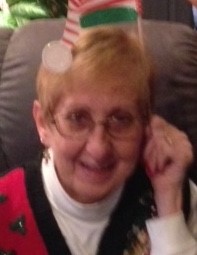 Rosemary A. Hummel, 71, of Bath, passed away peacefully on Tuesday, Jan. 25, 2022, at St. Luke’s University Hospital – Bethlehem Campus in Fountain Hill.  She was the loving wife of Howard R. Hummel to whom she was married for 38 years.  Born in Allentown, Rosie was a daughter of the late John and Helen (Horvath) Harbove.  She was a graduate of Easton High School, Class of 1968, and attended Northampton Community College as well as Allentown Business School.  A member of the Telephone Pioneers of America, Rosie was employed by the former AT&T and Western Electric in Allentown, where she worked for more than 20 years, and later retired from the Episcopal Diocese of Bethlehem.  Rosie enjoyed feeding the birds and squirrels, going shopping, and she always looked forward to trips to Lake Wallenpaupack.  She was a member of Sacred Heart of Jesus Catholic Church, Bath.

Survivors: In addition to her husband, Howard, she will be dearly missed and lovingly remembered by her children, Kristal M. Leonard and husband, Justin, of Palmerton, and Travis R. Hummel, at home; granddaughter, Graceann Rose; brother, John C. “Jack” Harbove and wife, Madeline, of Hellertown; sister, Susan Ninfo and husband, Sam, of Bethlehem Township; sister-in-law, Anna Marie (Suranofsky) Hummel of Bath; nieces and nephews; and her dog, Sugar Plum.

Contributions: In lieu of flowers, memorial contributions may be offered to your favorite animal shelter in memory of Rosie.

Sherwood S. Kocher, 84, of Bath, passed away peacefully at his home on Wednesday, Jan. 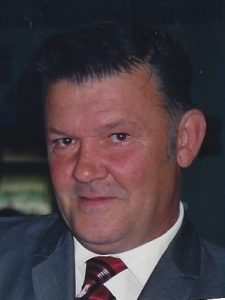 26, 2022.  Born in Nazareth, he was a son of the late Lewis Sr. and Mary (Rodger) Kocher.  Sherwood was a crane operator for MCP in Upper Nazareth Township prior to his early retirement.  Previously, he worked for Norman Oplinger, a potato shipper who was located in Bath.   Sherwood was an avid camper, enjoyed fishing, and was a member of the Raccoon Club in Northampton.

Services: A funeral service was held on Tuesday, Feb. 1, 2022, at 2 p.m. in the George G. Bensing Funeral Home, LLC, 2165 Community Drive, Route 946, in the Village of Moorestown – Bath, PA 18014.  Friends and relatives were invited to call on Tuesday afternoon from 1 to 2 p.m. in the funeral home.  Interment followed in Fairview Cemetery, Moorestown.

Contributions: In lieu of flowers, memorial contributions may be offered to Salem United Church of Christ of Moorestown, 2218 Community Drive, Bath, PA 18014. 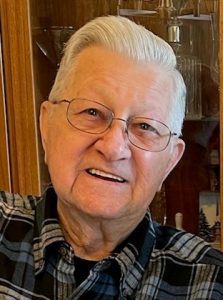 Russell Eugene Siegfried, 93, passed away peacefully at home on Tuesday, Jan. 25, 2022.  Born in Bath, he was a son of the late Russell H. and Florence (Roth) Siegfried.  He was the loving husband of Louise (Shafer) Siegfried, with whom he celebrated 73 years of marriage.

Russell honorably served his country joining the Navy at the age of 17.  During his working career, Russell held many different jobs, finally retiring from Mack Trucks.  After retiring full-time however, he continued to work part-time for Avis and Budget Car Rental for 20 more years before finally retiring at age 86.  In addition to his family, he loved cars and riding motorcycles – even on his 90th birthday!

Russell was passionate about his volunteer service as a member of the Bath Volunteer Fire Company for 63 years.  During his service, he served on the ambulance crew, as Assistant Fire Chief, President, and Captain of the Fire Police.

He was a devoted member of St. John’s Evangelical Lutheran Church in Bath.

Russell was a loving father and grandfather and will be dearly missed by all his family and friends.  In addition to his wife, Russell is survived by his children, Janet Rice of Northampton, Bob Siegfried and his wife, Kathy, of Bath, Marianne Reinert and her husband, Don, of Knoxville, TN, and Terry Roark and her husband, Dan, of Maryville, TN.  He is also survived by his grandchildren, Cindy, Wendy, Jacob, Sarah, Joanna, Bobby, Scott, Carolyn, Tom, Leslie, and Melanie; 16 great-grandchildren; and three great-great-grandchildren.  He was predeceased by his brother, Robert R. Siegfried.

A memorial service was held on Monday, Jan. 31, 2022, at 11 a.m. in St. John’s Evangelical Lutheran Church, 206 E. Main St., Bath, PA 18014.  Friends and relatives were invited to call on Monday morning from 9:30 to 11 a.m. in the church.  Those in attendance were kindly asked to wear a face cover.  Interment with Firefighter Honors followed in Green Mount Cemetery, Bath.  Arrangements are under the care and direction of George G. Bensing Funeral Home, LLC, in the Village of Moorestown.

Contributions: In lieu of flowers, memorial contributions may be offered to St. John’s Evangelical Lutheran Church of Bath or the Bath Volunteer Fire Department, in loving memory of Russell.