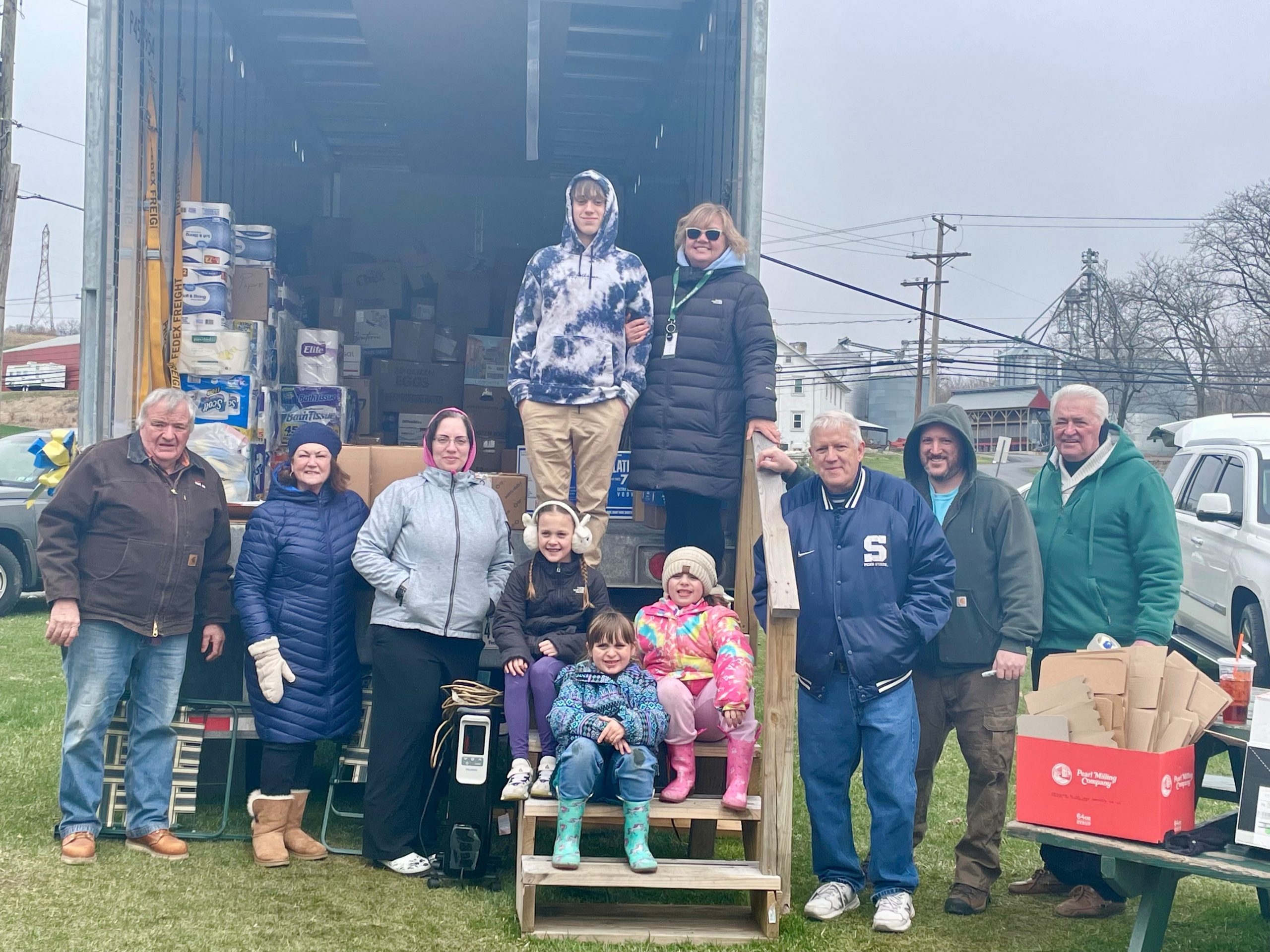 The Borough of Bath accepted donations to help the people of Ukraine from March 21 through March 27 at Firefighters Park, located at 300 North Chestnut St. in Bath. During the week, a FedEx trailer was parked at the location, where volunteers filled it with boxes of donations.

Mayor Fiorella Mirabito organized the collection, which surpassed over 400 boxes of donations. Throughout the week, there were two shifts per day, and many volunteers who came to aid the effort.

Mayor Mirabito noted she tried contacting several Ukrainian churches, but Father Richard Francis Jendras at Saint Mary’s Ukrainian Orthodox Church in Allentown was the only contact that reached out. Father Richard then put Mayor Mirabito in touch with Tanya Smirnov, who contacted the shipping company Nova Poshta. Nova Poshta is a Ukrainian parcel company based in the U.S. that delivers humanitarian goods across Ukraine and neighboring countries, and is shipping the contents to Poland along the Ukraine border.

Mayor Mirabito stated that if the donations are not able to make it to Ukraine, they will reach the refugees in Poland.

Mayor Mirabito articulated that she felt compelled to do something about the attacks in Ukraine and added that the experience collecting donations has been “very heartwarming.”

She also stated that “the generosity is overwhelming,” and has made her emotional many times throughout the process and collection.

“We have to give back!” she expressed.

At the collection on Sunday, March 27, Maryann from Saint Jane Frances de Chantal Roman Catholic Church in Easton, Pa. was introduced by Mayor Mirabito as “another angel in disguise,” while bringing donations from St. Jane’s to add to the Nova Poshta shipment.

Maryann voiced that St. Jane’s previously had been collecting supplies for refugees traveling to or through Romania with care packages that contained toothbrushes, toothpaste, deodorant, pads, tampons, kids’ items, and clothing. However, the first shipment is currently stuck at customs because customs is trying to charge extra for the shipment, Maryann disclosed. Despite this setback, Maryann saw the flier for Mayor Mirabito’s humanitarian aid collection and decided to send the care packages and supplies with the Bath Borough shipment.

When asked about the humanitarian aid efforts in the Borough of Bath, Mayor Mirabito proclaimed, “The outpouring of support of my residents in this borough is unbelievable!”