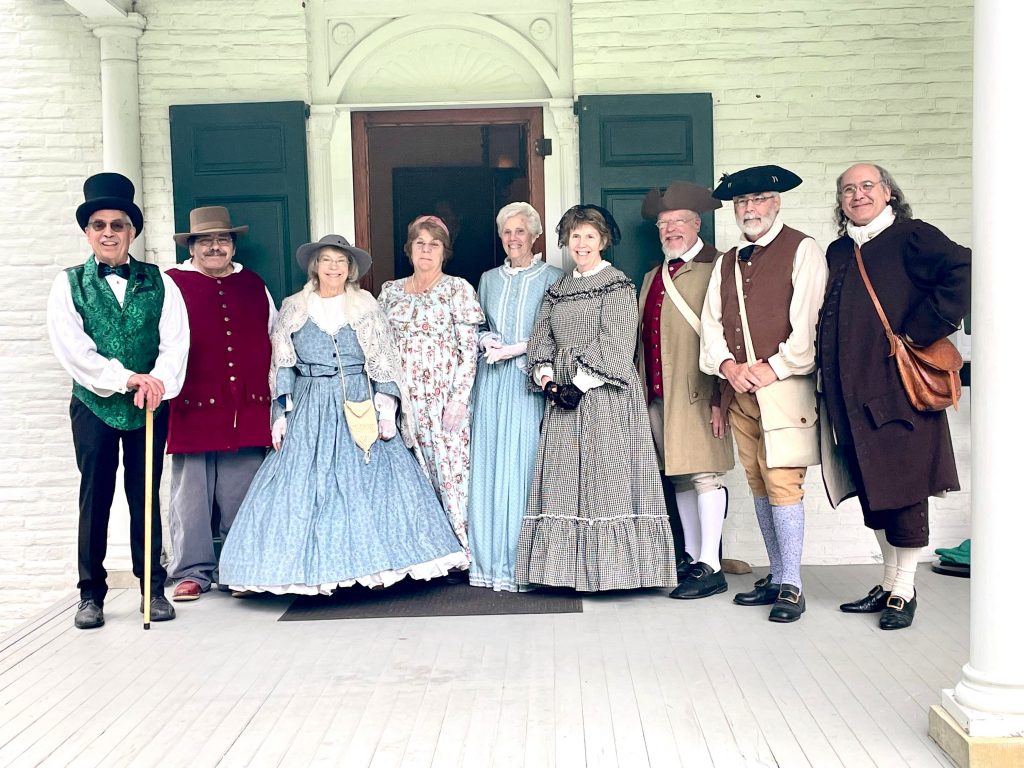 The Nazareth Area Chamber of Commerce presented the 50th anniversary ribbon cutting ceremony for the Jacobsburg Historical Society on Wednesday, May 4 with recognitions from several esteemed offices in the community.

Executive Vice President Jessica O’Donnell with the Affiliated Chambers of the Greater Lehigh Valley Chamber of Commerce started off the celebration with some background information on the Jacobsburg Historical Society, stating, “The Jacobsburg Historical Society was formed in the fall of 1972 with members of various community groups joining forces to preserve the beauty of Bushkill Creek Valley.”

EVP O’Donnell remarked that the lands and property are beautiful, and that the commemoration was in celebration of the previous 50 years, with hopes that they will be celebrated for at least 50 more years to come, cherishing the past, present, and future of the society.

State Rep. Ann Flood expressed that her father was from the Nazareth area and used to take her to tour the Jacobsburg house and museum as a little girl. Flood said she felt honored to be able to present a citation to the Jacobsburg Historical Society so many years later. Flood congratulated the society on their hard work, love and dedication that they put into the house, the museum and the community.

Flood presented a citation to the society which detailed a brief history of the society, commended them for their contributions over the years and saluted them, offering “best wishes for continued growth and success in the years to come.”

“The Senate of Pennsylvania takes great pride in recognizing those organizations, which through adherence to the highest standards of service, contribute in a meaningful way towards a better and more productive society. The Jacobsburg Historical Society celebrated the momentous occasion of this 50th anniversary. It is indeed an honor to be here and commemorate such an occasion,” said the Legislative Liaison for Senator Mario Scavello’s office, Jonathan Allotey.

Next, Chairman Brien Kocher of the Bushkill Township Board of Supervisors announced the board appointed the Jacobsburg Historical Society as the official historical society of Bushkill Township. A formal recognition will be held during the board’s October meeting.

EVP O’Donnell also presented the historical society with certificates of achievement from Senator Patrick Toomey and congratulations from Senator Robert Casey as neither were able to attend the ceremony.

President Albert Piccotti of the Jacobsburg Historical Society expressed sincere gratitude on behalf of the entire society for everyone that came to the celebration.

Joe DiGerlando of the Jacobsburg Historical Society Board of Directors announced the society will be kicking off a program called the Lance Metz Youth Award for virtual history lessons. DiGerlando went into great detail about Lance Metz, who was recognized as an expert on industrial history and brought his knowledge to Jacobsburg to help develop programs and establish themselves as an international resource for early American gun making in Pennsylvania and throughout the American Colonies.

DiGerlando explained that Metz loved working with youths and was a volunteer advisor for Scout Explorer Post 1776, which was a historical reenactment group for teens.

“Lance had a way of weaving historical information into the group’s events to make history come alive to teens and adults alike. The Jacobsburg Historical Society has created a unique project to honor Lance’s memory and provide an added dimension to our student educational programs,” said DiGerlando.

The Lance Metz’s Youth Award will be a competitive program for high school students and younger to produce virtual history lessons for the society’s use and the winning projects will be posted on the society’s website. This will be a summer learning project, and DiGerlando stated that more information will be posted on the historical society’s website soon. The society is currently accepting donations for the award. 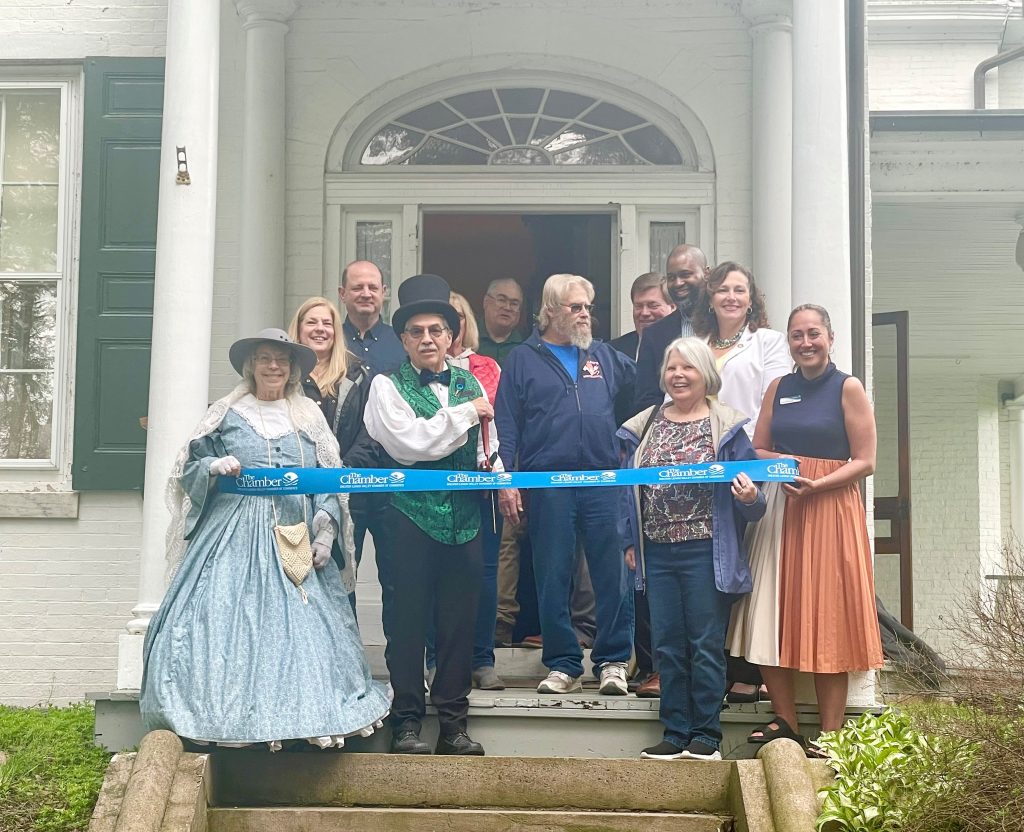 EVP O’Donnell counted down from five and President Piccotti cut the ribbon as applause erupted from the audience.

The museum season opening weekend will begin Saturday and Sunday, May 14 and 15. More information about the Jacobsburg Historical Society and donations can be found on the society’s website at Jacobsburghistory.com.