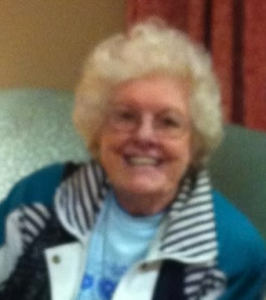 Betty J. Schaffer, 87, of Northampton, passed away peacefully on Monday, May 9, 2022, in Phoebe Nursing Home, Allentown. She was the wife of the late James H. Schaffer. Born June 18, 1934, in Slatington, she was a daughter of the late Henry J. Braker and Carrie T. (Reinsmith) Braker Wagner and stepdaughter to the late Raymond F. Wagner. Betty and her husband, James, were the owners of J&B Florist for many years. She was a member of St Paul’s U.C.C. in Northampton. Betty was very active with the church; she served as a Deacon, was a Youth Fellowship Advisor, and taught Sunday School for many years.

Survivors: Sons, Gary and wife, Cheryl, Dale, Robert, and Edward; daughters, Elaine and husband, Bernard, and Carolanne; 10 grandchildren and 16 great-grandchildren. She was predeceased by her brothers, Henry, Harold and Bernard, and sisters, Shirley and Lillian.

Services: A prayer service will be held on Thursday, May 12 at noon in the Reichel Funeral Home, 326 E. 21st St., Northampton. Family and friends may call Thursday from 11 a.m. to noon in the funeral home. Interment will follow in St. Peter Cemetery, Northampton. Online condolences may be offered at www.reichelfuneralhome.com. In lieu of flowers, memorials may be presented to the church in loving memory of Betty. 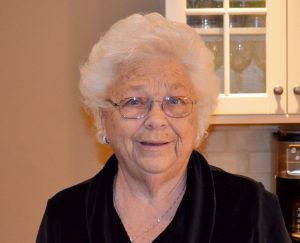 Catherine A. Zakos, 84, a lifelong resident of Bath, passed away peacefully on Wednesday, May 4, 2022 at Heather Glen Senior Living, Allentown, Pa. Born on Feb. 7, 1938, in Bath, Pa., she was the daughter of the late William and Dorothy S. (Rabenold) Zakos. Catherine was a 1955 graduate of Northampton High School, and later received degrees from Northampton Area Community College and Kutztown University. She proudly worked as an elementary special education teacher for Colonial I. U. 20, for 27 years until retiring. Throughout her lifetime, Catherine enjoyed traveling, especially to Vermont, reading books, spending time with her family, especially her niece and nephews, along with her friends. She was a lifetime member of St. John’s Evan. Lutheran Church in Bath.

Services: Graveside services were held on Monday, May 9, 2022 at 11 a.m. in Green Mount Cemetery, Penn Street, Bath, with luncheon following at the church. There were no calling hours. Arrangements have been entrusted to the Bartholomew Funeral Home, Bath.

Memorials: In lieu of flowers, memorial contributions in Catherine’s memory, may be made to St. John’s Evan. Lutheran Church, 206 E. Main St., Bath, PA 18014 or to a charity of one’s choice.