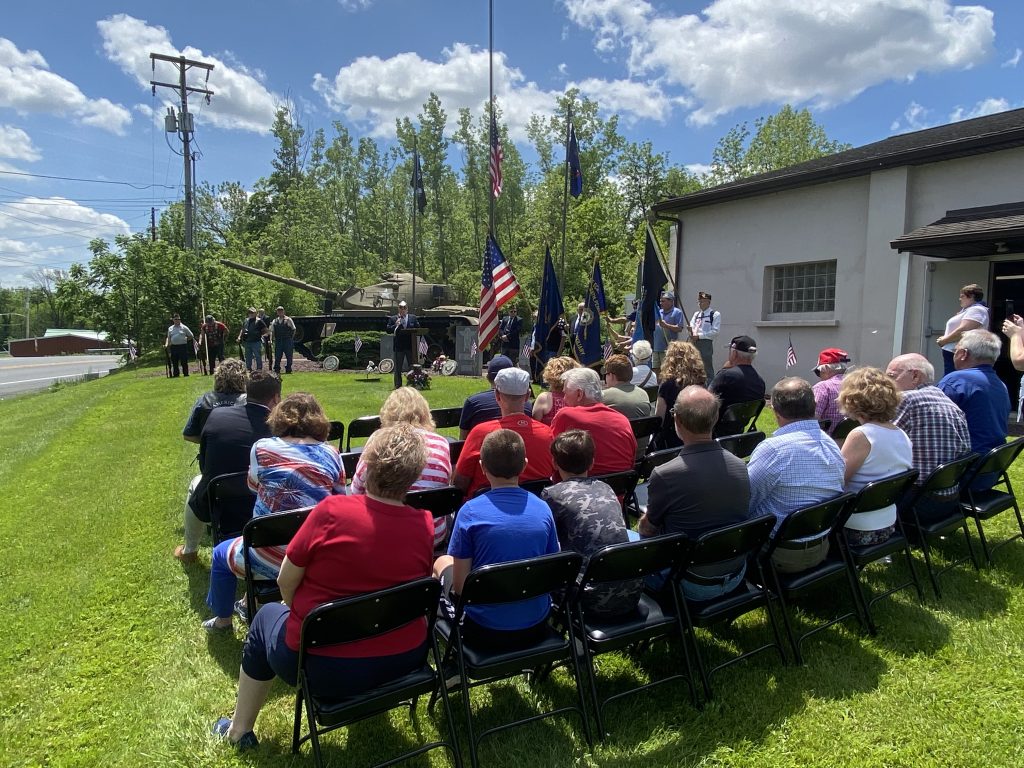 A somber and moving Memorial Day ceremony was held at the American Legion Eckley E. Patch Post 470 in Bath on Sunday, May 30. The event, attended by veterans, Legion members and local politicians, served as a reminder of the true meaning behind Memorial Day.

Memorial Day is seen as a day for “many things,” said Brian Radcliffe, the Legion’s post 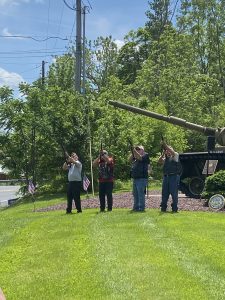 commander. The beginning of summer. The end of school. And while these are reasons to celebrate, “What we must never forget is the reason we have the ability to enjoy these things.”

After the parading of the American flag and an opening prayer, a bell rang ten times to honor each of the members that Post 470 lost this year.

“In memory of mankind, their soul goes marching on,” said Radcliffe.

The veterans were honored with a gun salute.

“Memorial Day is a day…to honor and remember those who lost their lives in military service,” she said. “[However,] let us be mindful that we should do this every day of the year, not just one day.” 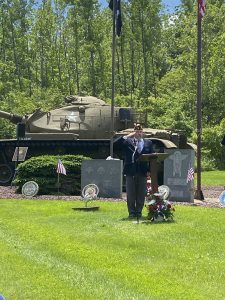 One day, he said, is not long enough to honor the sons and daughters that Bath, and America as a whole, has lost to war.

“I would like to think they are looking down on us today, smiling, and their hearts filled with gratitude,” he added.

In a Memorial Day tradition Sandra Becker then recited the famous poem, “In Flanders Fields.”

Radcliffe urged those in attendance to take some time during their busy weekend to stop by a local cemetery, look for tombstones with an American flag, pay their respects, and urge their loved ones to do the same.

“Remind [your children and grandchildren] that not all superheroes wear capes,” he continued. “Most wear dog tags.”