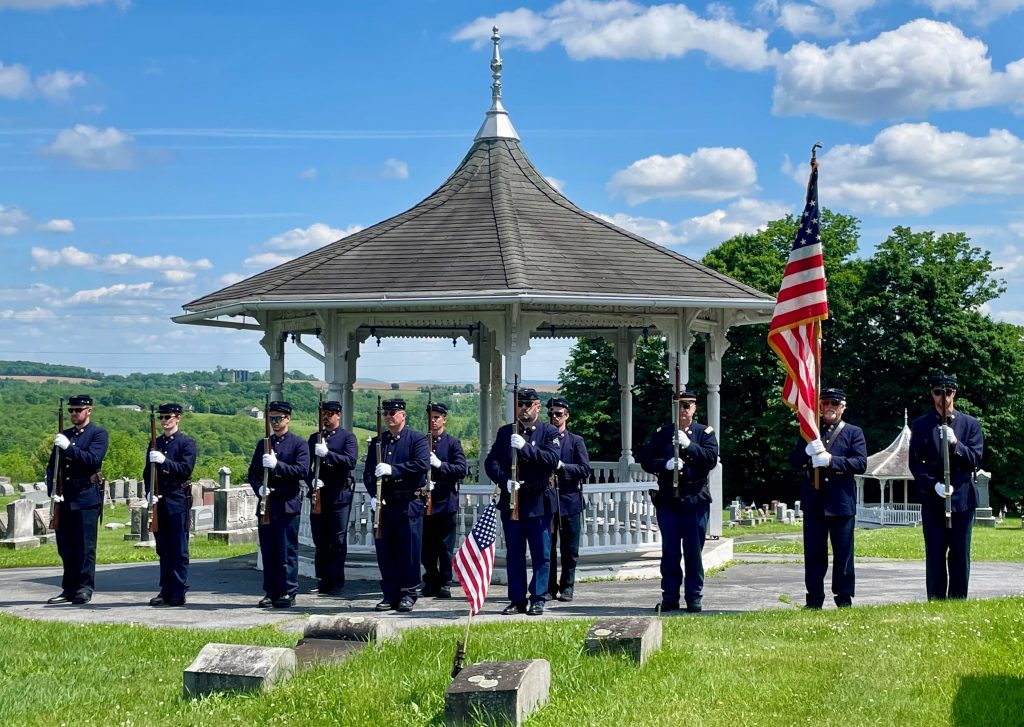 The Sons of Veterans of the Grand Army of the Republic Captain Theodore H. Howell Camp #48 held their annual Memorial Day service at 10 cemeteries in the Northampton area in remembrance of the men that fought in the Civil War and other wars.

On Sunday, May 29, the Sons of Veterans visited Zion’s Stone United Church of Christ and were accompanied by the Tri-Community Marching Band as they marched on Church Street and Kreidersville Road around the church and into the cemetery following a special sermon held by Zion’s Stone U.C.C. Pastor, Reverend Michael A. Landsman.

Zion’s Stone Church member and United States Air Force Vietnam War veteran Floyd Baskerville shared his own experiences with the audience regarding his service and the passing of his dear friend during the Vietnam War. Baskerville recognized the “heroes and she-roes” that made the ultimate sacrifice to their country during their service in the United States Armed Forces. 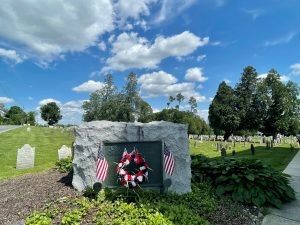 Following the sermon, Barrie Lerch placed a patriotic wreath on the Revolutionary War Veterans monument prior to the procession to the cemetery where the Sons of Veterans conducted their memorial service, which they have done annually for 112 years since 1911 at 10 cemeteries in the Northampton area that hold the remains of Union veterans.

It was a picturesque ceremony as Pastor Landsman led the audience in prayer.

Members of the Sons of Veterans then recited the Gettysburg Address before a three-volley rifle salute sounded, with the fired cartridges signifying duty, honor and sacrifice.

The Tri-Community Marching Band played Taps, a bugle call in its current form dating back to the Civil War, and the Star Bangled Banner while the audience sang along.

Pastor Landsman ended the ceremony with a benediction to bless the graves of the soldiers and individuals buried in the cemetery, so they can “rest from their labors in peace in quietness.”

The Tri-Community Marching Band played a drum cadence and the band and Sons of Veterans marched out of the cemetery as the service came to a close.