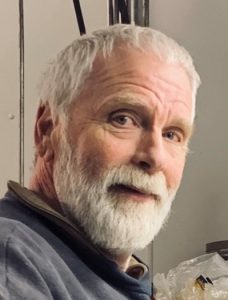 Gary D. Dietterick, 67, of Bushkill Township, passed away peacefully at home surrounded by his loving family on Saturday, June 18, 2022, after a 7-week fierce battle with pancreatic cancer.  He was the husband of Karen M. (Keenhold) Dietterick.  The couple celebrated their 45th wedding anniversary on June 11.  Born in Berwick, Pa., he was a son of the late Jack D. and Estella M. (Stephens) Dietterick.  A 1973 graduate of Nazareth High School, Gary worked for over 20 years at Hoffmann – La Roche in Belvidere, New Jersey.  He was mostly known as the owner and operator of a very successful deer processing and butcher shop, George’s Meats, in Bushkill Township, which his daughter and son-in-law proudly continue to operate.  Talented and uniquely entertaining, Gary treated customers like they were family, and it showed.  In his spare time, he enjoyed many trips to Alaska, belonging to Camp Lebo, a family hunting cabin, as well as spending time and building a cabin with his daughter in the Finger Lakes lovingly called Camp Ring-Dang-Doo.  Gary loved being a Grandad and treasured his time with his family, especially his grandchildren.  He was also a proud gardener and enjoyed raising rabbits.  Love, laughter, family, friends, neighbors and customers are the legacy that Gary leaves behind, which he most cherished.

Survivors: In addition to his loving wife, Karen, he is survived by two daughters, Jennifer Bowen and husband, Christopher, of Shamong, NJ, and Krista Reiger and husband, Casey, of Bushkill Township; six grandchildren, Mason, Jacqueline, Lorelai, Vivienne, Jolene, and George; a brother, Ralph Dietterick and wife, Phyllis, of Unityville, Pa.; four sisters, Sharon Cerasoli and husband, Fernando, of Berwick, Pa., Carolyn Horvat and husband, Martin, of Benton, Pa., Jane Rinker and husband, Jody, of Nazareth, and June Laubach of Wind Gap; along with many nieces and nephews.  Gary was predeceased by his granddaughter, Stella, on June 18, 2017.

Services: A Celebration of Life will be held privately and at the convenience of the family.  Arrangements been entrusted to the George G. Bensing Funeral Home, LLC, in the Village of Moorestown – Bath. 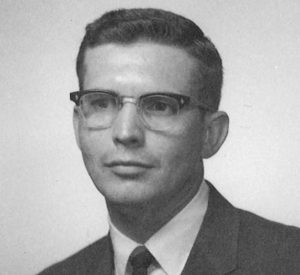 Donald W. Himler, 87, of Bethlehem, formerly of Palmer Township, was called home on June 22, 2022.  Born June 14, 1935 in Nazareth, he was the son of the late William L. and Miriam (Boyer) Himler.  He was the husband of Ruth (Lapp) Himler; together they celebrated 60 years of marriage.

A graduate of Nazareth High School and Penn State University, he worked in the chemical industry for 15 years as a product technical advisor to the sales force.  In 1973 he and his wife acquired the family insurance business, A. A. Lapp and Associates in Bath and Nazareth.  The firm was continued by son Eric upon his retirement in 1997.  Don enjoyed sports and was an avid Penn State follower.  He was a scholastic football official for 20 years.  A member of St. John’s Evangelical Lutheran Church, Nazareth he served on church council, on the choir and on the finance, endowment and columbarium committees.  He also enjoyed traveling, playing bridge and bowling.

Relatives and friends are invited to a visitation on Friday, July 15, 2022 from 9 to 11 a.m. at St. John’s Evangelical Lutheran Church, 200 South Broad St., Nazareth where a memorial service will begin at 11 a.m.  Interment will be private with the family.  Arrangements are under the care of the Schmidt Funeral Home, PC, 407 Belvidere St., Nazareth.  Memorials, in Donald’s memory, may be sent to the church.  Condolences may be offered at schmidtfuneralhomepc.com.

Michael A. Thomas, 61, of Golden Valley, Arizona, a former longtime resident of Moore Township, passed away surrounded by his loving family on Tuesday, May 24, 2022, at the Nathan Adelson Hospice in Las Vegas, NV.  He was the husband of Catherine L. (Lewis) Thomas.  The couple would have celebrated their 40th wedding anniversary in October.  Born in Fountain Hill, he was a son of Patricia A. (Trach) Thomas of Moore Township, and the late Albert J. Thomas.  He was a graduate of Northampton High School, Class of 1979.  While in high school, Mike began working with his father in the family business, Thomas Beverage, located in Bath, and continued until the business closed in 2001.  Prior to his early retirement, he was employed at Allentown Beverage from 2001 to 2015.  Mike was an avid NASCAR fan and enjoyed working on his classic Pontiac Trans-Am.  He was a member of Salem United Church of Christ of Mooretown.