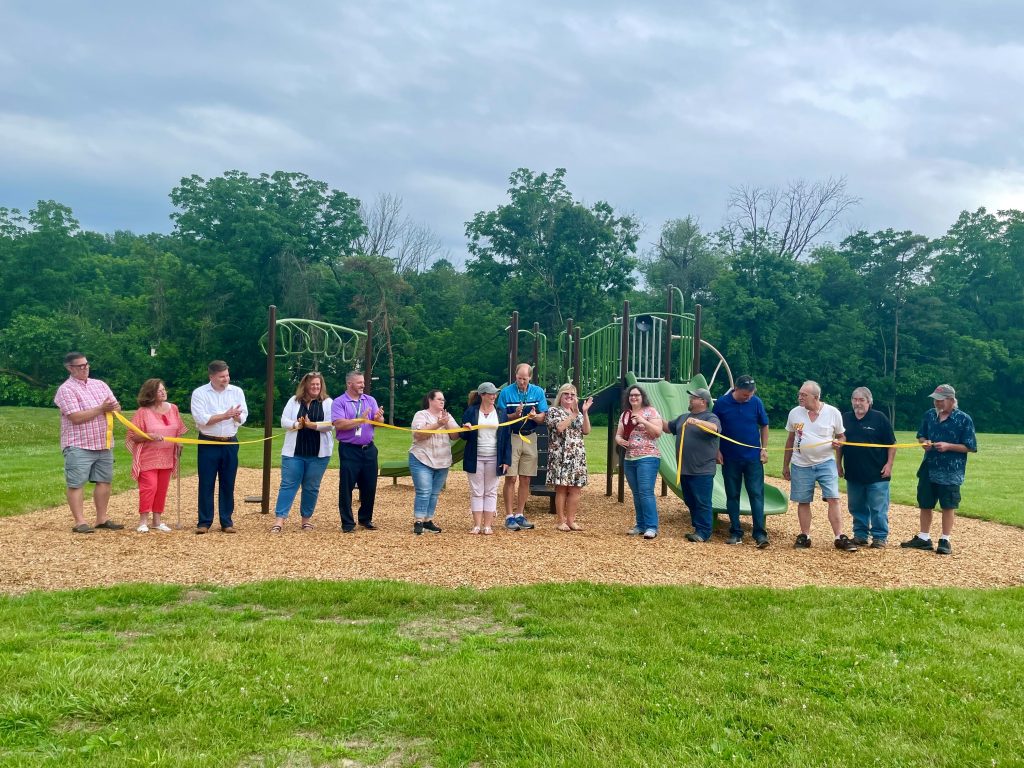 The Borough of Bath celebrated their playground dedication with a ribbon cutting ceremony on Tuesday, July 5 at Paw Park. The playground was donated by the Bath Republican Association and is the largest donation the borough has received to date.

To begin the ceremony, State Representative Ann Flood shared some words of gratitude.

“This is such a great addition to Paw Park and an asset to Borough of Bath to be able to have families who bring their pups here and access for children to be able to play. Thank you to the Republican Club for their donation, and I know that it will be utilized and it’s a wonderful asset to the community and the families that will use it,” said State Rep Flood.

Next, Mayor Fiorella Mirabito warmly shared her appreciation towards the Republican Club.

“We are very grateful to them!” said Mayor Mirabito.

Ehrgott expressed to the club, “To have an organization work with us in the way that you did is awesome! We hope we can get other organizations and members and residents to donate and to help out because we’re just a single entity and we don’t always have the funds to do these things, so to support our community and do things for our children is just fantastic. I applaud you so much!”

“Thank you to the Republican Club for the largest donation we’ve ever received in the borough. It is beautiful and it’s going to be a great addition here. Thank you for all that you did to make this happen!”

Ashlee Giordano of the Bath Republican Association explained the inspiration for this came during the Covid pandemic. Giordano said that during the pandemic when schools were shut down, children would play in the large field behind the club’s property. Since the children were not being destructive, Giordano thought it would be nice to have equipment down at that end of town.

“There are quite a few people from our club that use the Paw Park, but they don’t like to bring their dogs and kids at the same time, so we decided we were going to raise money to put some equipment here,” said Giordano.

“Thank you for adding such a beautiful piece to our parks system,” said Mayor Mirabito.

The Bath Republican Club added that their fundraiser this year will be for the Bath Fire Company.

Following, Hesch and Giordano revealed the plaque at the corner of the playground that 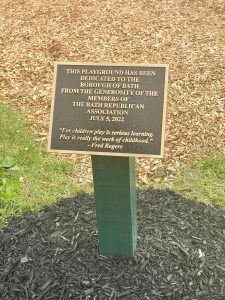 reads: “This playground has been dedicated to the Borough of Bath from the generosity of the members of The Bath Republican Association,” with a quote by Fred Rogers which says, “For children play is serious learning. Play is really the work of childhood.” 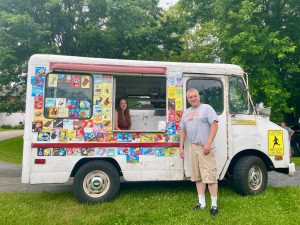 After the ceremony, owner of Sprinkles Ice Cream Truck Aris Asdourian generously treated everyone to their choice of ice cream.

Paw Park and its new playground are located at 252 N. Chestnut St. in Bath.