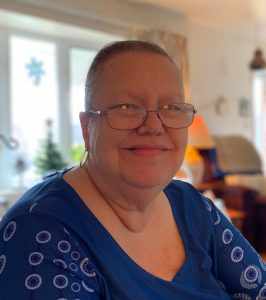 Elyn K. DeCrescenzo, 70, of Bath, passed away on Saturday, Sept. 3, 2022 at Lankenau Medical Center, Wynnewood, Pa.  Born on Nov. 22, 1951, in Brooklyn, NY, she was the daughter of the late Monrad S. and Magnhild D. (Larsen) Arnum.  Elyn was the wife of Dennis F. DeCrescenzo. Together they observed their 50th wedding anniversary in August.   She was a 1968 graduate of F.D.R. High School in Brooklyn, NY.  Elyn worked as a nurses aide at the former Stroud Manor in East Stroudsburg, Pa., for 10 years until retiring. Prior to that, she owned and operated a candy store in Brooklyn, NY named “Chrissy’s Place.”  Elyn was a natural caregiver.  She went above and beyond for others, always putting her family first.  Throughout her lifetime, she experienced much joy working as a nanny.  She loved baking, crocheting, sewing, collecting porcelain dolls and various knickknacks, but most of all, she enjoyed spending time with her beloved family, especially her grandchildren.

Survivors: In addition to her loving husband, Dennis F., she will be missed by her two daughters, Christina Marie Hahn and her husband, Michael, Eva Marie DeCrescenzo and her husband, William Caffrey;  two sisters, Leny Demarest and Dagny Arnum; six grandchildren; and nieces and nephews.

Services: Will be private at the convenience of the family.  Arrangements have been entrusted to the Bartholomew Funeral Home, Bath. 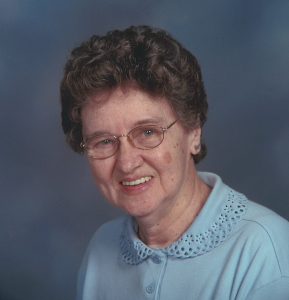 Mary Ellen Miller, 89, of Bath, passed away on Sunday, Sept. 4, 2022 at ProMedica Skilled Nursing and Rehab, Bethlehem Township, Pa.  Born on April 2, 1933, in Bath, Pa., she was the daughter of the late Elwood R. and Marguerite A. (Lubold) Miltenberger.  She was the wife of the late Donald H. Miller, who died in 1997.  Mary worked as a seamstress for the former Mary Fashion Co., in Bath, for 29 years until retiring.  Throughout her lifetime, she enjoyed doing craft work and she was an avid reader.  She was a member of St. John’s Evan. Lutheran Church, Bath.

Services will be private at the convenience of the family with burial at Green Mount Cemetery, Bath.  Arrangements have been entrusted to the Bartholomew Funeral Home, Bath.

Memorials: In lieu of flowers, memorial contributions in Mary’s memory may be made to The Center for Animal Health and Welfare, 1165 Island Park Road, Easton, PA 18042. 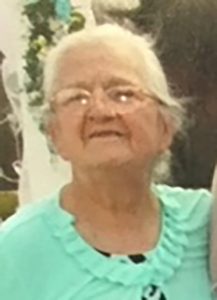 Ruth M. Tomek, 85, formerly of Moore Township and Point Phillips, passed away peacefully on Monday, Sept. 5, 2022, at St. Luke’s Hospital – Allentown Campus.  She was the wife of the late William H. Tomek, with whom she shared 44 years of marriage prior to his passing in 2002.  Born in Wells, New York, she was a daughter of the late Fred and Maude (Kibler) Weaver.  After graduating from high school, Ruth attended the former Eastern Pilgrim College in Allentown.  A member of the International Ladies’ Garment Workers’ Union, she was employed at the former D & D Shirt Co. in Northampton, where she was a sewing machine operator for many years before retiring.  Ruth’s family was most important to her and she cherished spending time with them.  She was a member of Northampton God’s Missionary Church and also attended Clearfield Bible Holiness Church in Bushkill Center.

Survivors: Ruth is survived by a daughter, Deborah K. Edelman of Catasauqua; three sons, David J. Tomek and wife, Leslie, of Utah, Timothy M. Tomek and companion, Kathy, of Moore Township, and Stephen P. Tomek and wife, Angela, of Ohio; 17 grandchildren; 25 great-grandchildren; dear friend, Gloria Peters of Moore Township; along with nieces and nephews.  In addition to her husband, William, she was predeceased by a brother, Clayton Weaver; and three sisters, Eleanor Hammer, Ada Weaver, and Patricia Steuer.

Services: A funeral service will be held on Friday, Sept. 9, 2022, at noon in Clearfield Bible Holiness Church, 1502 Bushkill Center Road, Wind Gap, PA 18091.  Friends and relatives are invited to call on Friday morning from 11 a.m. to noon in the church.  Interment will follow in the Interdenominational Churchyard, Bushkill Center.  Arrangements are under the care and direction of the George G. Bensing Funeral Home, LLC, in the Village of Moorestown – Bath.