The Nazareth Baseball team had a bit of a rocky week. They lost to Freedom on April 11, went to Central Catholic on April 12 and fell short, followed that up by a trip to Stroudsburg on April 14 where they fell short, and then played in Hershey and lost in that game on April 16. They will play Parkland at Coca Cola Park on April 21 at 6:30 p.m.

The Nazareth Softball team defeated Central Catholic on April 12 and then got a big win at Stroudsburg, scoring 6-5 on April 14. The girls fell short at home vs. Minersville on April 15, then lost another one at home on April 16 in nine innings to Liberty and will now be at East Stroudsburg North on April 20 and at home vs. Parkland on April 22.

The Nazareth Girls Lacrosse team lost to Moravian Academy on April 11, were defeated by Parkland on April 12, lost to Emmaus on April 14 at home, and then lost another one at home to Phillipsburg on April 16. The girls will be at Central Catholic at 4 p.m. on April 21.

The Nazareth Boys Lacrosse team lost to Parkland at home on April 12, and then lost to Emmaus on April 14. They’ll be at Northampton on April 19 and then home vs. Central Catholic on Thursday April 21.

The Nazareth Boys Volleyball team lost to Emmaus on April 12 but bounced back with a win against Freedom on April 14. The boys will host Becahi on April 19 and then it’s off to Allen on April 21. Stay tuned next week for some Middle School scores and more High School news.

Nazareth School Board hears from parents concerned about mandates, masks 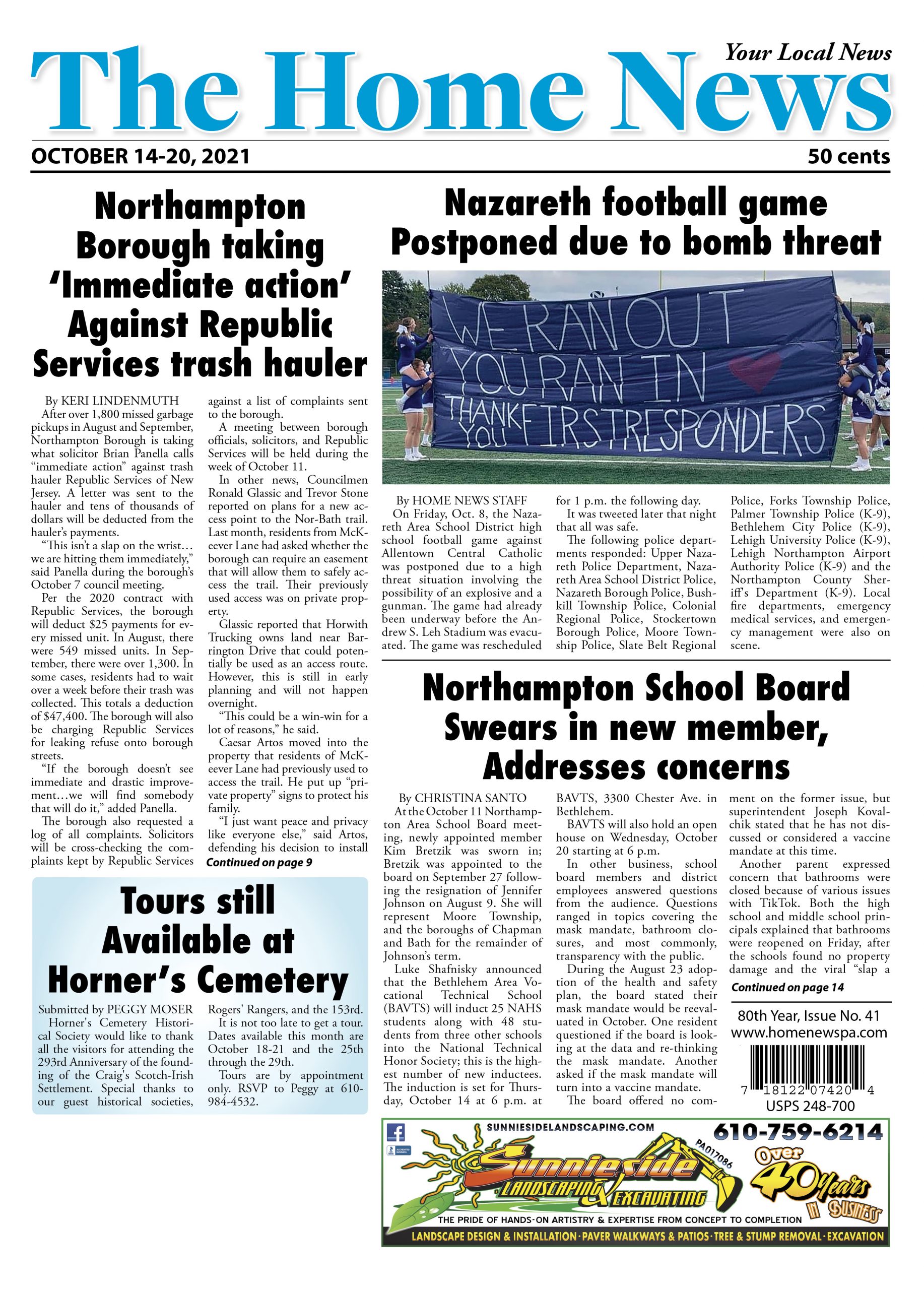